Homo floresiensis : Saga of ‘the Hobbit’ highlights a science in crisis 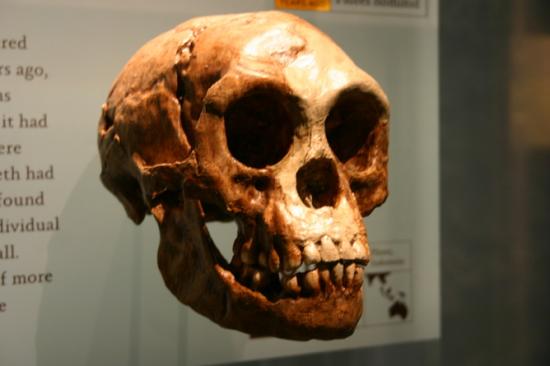 The discovery of the skeleton of the Homo floresiensis has sparked significant debate among evolutionary scientists. Ryan Somma

To state the obvious: human evolution is not without its drama – and the latest salvo in the ongoing Hobbit, or Homo floresiensis, battle confirms this yet again.

The 2004 announcement of Homo floresiensis – dubbed “the Hobbit” – marked the beginning of a saga all too frequent in the rarefied field of human evolution.

Immediately upon its announcement, anthropologists divided along long-entrenched party lines to support or oppose the find as something novel to science.

Is it a highly unusual new species? Or just a diseased modern human?

Last year saw articles clashing over whether the Liang Bua Cave specimens were simply modern human cretins: neither side gave any ground.

The latest cannonade from the “pro” camp marks the beginning of the 2013 battle: the highly unusual anatomy of the wrist bones of a second Hobbit individual.

The findings themselves are important, but the debate about Homo floresiensis is also fundamental because of what it tells us about the science of human evolution – a discipline in deep conceptual crisis.

The science of human evolution – known as palaeoanthropology, the study of ancient humans – is a rather odd field. It combines a mix of elements seldom seen in other disciplines. 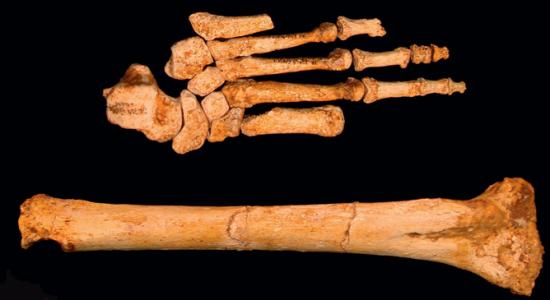 Bones belonging to the “Hobbit' as discovered in Indonesia. AAP/Supplied

The subject – human fossils – are exceedingly rare and difficult to find, and specimens are often incomplete or damaged. Sample sizes are usually very small, often too small to do any meaningful statistics.

And, a single find can offer a major challenge, effectively sweeping away long-entrenched ideas.

The field has a disproportionately high public and media profile: just type “human evolution” into Google and it brings up 131 million results.

It attracts researchers from diverse fields such as anthropology, archaeology, anatomy, genetics and geology, among others, with sometimes very different standards about what constitutes scientific evidence.

There are more opinions about various aspects of human evolution then there are fossils to test them on.

My last tally of the number of theories published to explain the evolution of our bipedalism (two-footed locomotion) was close to 200. None of them can be “proven”, and most are untestable.

So, behind every debate – like that over Homo floresiensis – lays a complex set of individual biases and preconceptions about what counts as valid science, whether the discovery challenges an individual’s body of scholarship, as well as personal convictions and career ambitions.

The next big discovery may also bring for it’s discoverer media/internet fame and public notoriety, peer recognition, easier access to scarce research funding, and maybe that long sought after promotion.

Taung child and other premature discoveries

The story of Homo floresiensis also parallels in many respects other important finds such as the famous Taung Child.

Like Taung, it too is an example of a precocious discovery.

While living in South Africa in 1924, Australian Raymond Dart was presented by a student with the fossil skull of what he first thought was a monkey from a lime quarry at Taungs (now Taung) near the famous diamond city of Kimberley.

As he carefully chipped away its rock encasing with a knitting needle and hammer he actually found evidence that the fossil was “intermediate between living apes and man” noting its many anatomical features that largely “betray a delicate and humanoid character”; conclusions he laid out in a paper published in Nature in 1925.

It can’t be stated strongly enough just how bold Dart’s claims were at the time and this led to many decades out in the cold before his discovery of Australopithecus africanus – the southern ape of Africa – was accepted by the mainstream of anthropology.

The Taung Child had a small ape-sized brain in contradiction to prevailing views about the pre-eminence of brain size in our evolution. This is one of the key reasons that Dart refrained from placing the specimen directly in the human evolutionary tree.

The Hobbit’s brain is unexpectedly small for a creature living 17,000 years ago.

There were other problems as well for Dart’s discovery. The child was thought to have died at about six years of age, and many scientists felt that its human-like features were simply an expression of its immaturity.

Some scientists think the Hobbit’s unusual (especially australopithecine-like) features are the result of disease.

The suggested geological age of the Taung Child was also apparently too young – although all such judgments at the time were poor speculations founded in little or no evidence.

The location of the fossil quarry (then called Taungs) on the edge of the Kalahari desert also required some explaining. Africa was seen as a backwater: human evolution had occurred in Europe and Asia, or so it was believed at the time.

Since the 1960s, Asia has been regarded as a backwater in human evolution, with most of the action occurring in Africa and Europe. So, the Hobbit seems out of place.

We now know of course that despite the remarkably courageous nature of Dart’s claims, history has shown him to be right.

It’s clear that Dart’s discovery was, as pointed out by his protégé Phillip Tobias, an example of a premature discovery in science. Why? Simply because as Tobias put it, Dart’s interpretation of the Taung child “…could not be connected by simple, logical steps to the paradigm prevailing in 1925”.

Homo floresiensis, it would seem, is yet another example of a premature scientific discovery.