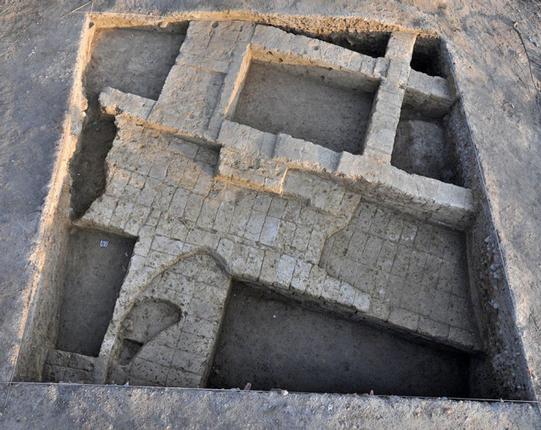 The granary, built of mud bricks, at the Harappan site of Rakhigarhi village in Haryana. Photo: Rakhigarhi Project/Deccan College, Pune

A “beautifully made” granary, with walls of mud-bricks, which are still in a remarkably good condition, has been discovered in the just-concluded excavation at Rakhigarhi village, a Harappan civilisation site, in Haryana.

The granary has rectangular and squarish chambers. Its floor is made of ramped earth and plastered with mud.

Teachers and students of the Department of Archaeology, Deccan College Post-Graduate & Research Institute, Pune, and Maharshi Dayanand University, Rohtak, Haryana, excavated at Rakhigarhi from January to April this year.

Vasant Shinde, Vice-Chancellor/Director, Deccan College, who was the Director of the excavation, said: “We excavated seven chambers in the granary. From the nature of the structure, it appears to be a big structure because it extends on all sides. We do not know whether it is a private or public granary. Considering that it extends on all sides, it could be a big public granary.” He called it “a beautifully-made structure.”

The excavating teams found several traces of lime and decomposed grass on the lower portion of the granary walls.

“This is a significant indication that it is a storehouse for storing grains because lime acts as insecticide, and grass prevents moisture from entering the grains. This is a strong proof for understanding the function of the structure,” explained Dr. Shinde, a specialist in the Harappan civilisation.

The discovery of two more mounds in Rakhigarhi in January this year led to Dr. Shinde arguing that it is the biggest Harappan civilisation site. There are about 2,000 Harappan sites in India, Pakistan and Afghanistan. With the discovery of two more mounds, in addition to the seven already discovered, he estimated that the total area of Rakhigarhi was 350 hectares. It thus overtook Mohenjo-daro with about 300 hectares, in Pakistan, in laying claim to be the biggest Harappan site, he said.

The Rakhigarhi site belongs to the mature Harappan phase, which lasted from 2600 BCE to 2000 BCE. The teams have also found artefacts, including a seal and potsherd, both inscribed with the Harappan script. 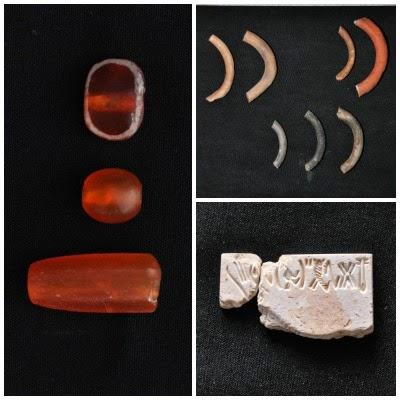 In Mohenjo-daro and Harappa, granaries were found in citadels, where the ruling elite lived. So mound number four in Rakhigarhi, where the granary was found, could have been the settlement’s citadel, Dr. Shinde said.

Rakhigarhi is situated in the confluence of Ghaggar and Chautang rivers and it was a fertile area. “So Rakhigarhi must have grown a lot of food grains. They could have been stored in the granary to pay for the artisans or other sections of society or to meet any crisis,” said Dr. Shinde.