From September to November in 2014, the Hubei Provencal Institute of Archaeology and Cultural Relics conducted the salvage excavation at the Zhoujiazhai cemetery in the Zengdu Area, Suizhou city. There are 25 tombs along with 236 pieces of archaeological items found. One to two ding tripods (cooking vessels), he (container), and hu (tea pot) are usually grouped together and dated to early phases of the West Han Dynasty. Tomb M8 had been preserved in the waterlogged condition before excavation. It covers an area of 11 square meters where the inner and the outer coffins along with 76 pieces (sets) of grave goods including bamboo slips were excavated. Tombs M9 and M22 are with sloping tomb passage, suggesting their high social ranking. A set of bronze vessels including yu (liquid pot), jing (wine warmer), jiaohu (wine warmer), houlou (drinking vessel), daigou (belt hook), yinzhang (stamp), mirror and so forth were discovered. Tomb M9 is relatively larger whose opening of chamber is 5.4m in length and 3.1m in width together with the 9.6m long sloping tomb passage. A piece of copper stamp was excavated carved with ‘Cai Shi Jia Yin’ (the stamp of Cai family) on one side, and ‘Chen Chou’ (Officer Chou) on the opposite. The carving on the stamp indicates that a government officer might have been buried here.

The south part of the Zhoujiazhai cemetery is closely juxtaposed to the Kongjiapo cemetery which was excavated in the last century. As they share the same mound, these two cemeteries are proposed to belong to the one cemetery cluster traced back to the early West Han Dynasty. Thanks to the excavation, the layout of this cemetery cluster has become clear. Especially, tomb M8 is with a clear record of burial date, contributing to the Han archaeological dating as well as our understanding of the social hierarchal ranking in the Han society. 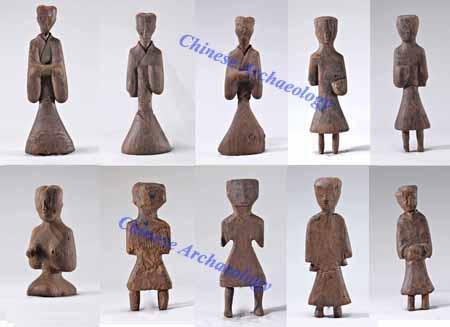 One significant discovery of this excavation is the excavation of the bamboo slips from the Han Dynasty. There are totally 566 pieces of bamboo slips which are inscribed over 16000 characters. The contents are largely about ‘Ri Shu’ (Book of Days). In addition, 3 pieces of wooden tablets recording ‘Gao Di Shu’ (Reference Letter for the Dead) and 3 pieces of labels displaying figurine names were also excavated. According to what inscribed on the wooden tablets, the tomb master was from the Taohou state and the date of burial was either the first year of Jianyuan of Emperor Wu (140 BC) or the first year of Yuanguang (135 BC). The tomb master ranked as a Gongcheng (the 8th ranking of royal and nobility during the Han Dynasty). As writing brushes, ink stones and Liubo boards were frequently found in the tomb, it is suggested that the tomb master was good at divination of lucky days and the grave goods were used as divination tools. 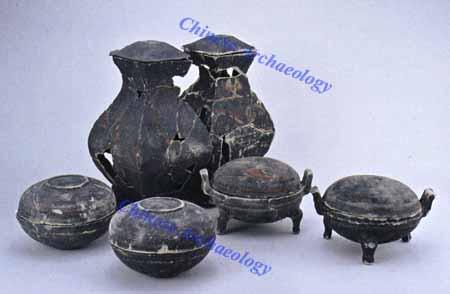 A large number of bamboo slips from Zhoujiazhai cemetery are preserved in excellent condition. The inscriptions on them are clear and their styles are elegant. Therefore, they render rich and valuable direct information about the Han society. Specifically speaking, they cast light upon the following aspects:

Firstly, the inscription about ‘Ri Shu’ on the bamboo slips seizes up the possibility to study the changing contents of this book during the Han Dynasty and the later periods. A lot of new contents appear in this version of ‘Ri Shu’ found at tomb M8. ‘Ri Shu’ was a popular almanac handbook back to the Han Dynasty. Studies into its history help us to understand the establishment of the almanac system. 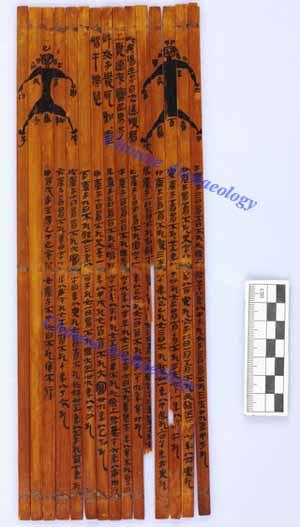 Thirdly, the recording on the bamboo slips serves as important evidence for the existence of the Taohou state in Suizhou, casting light upon the baron system and its corresponding land management in the Han Dynasty.

Last but not least, as the grave goods correspond perfectly to the lists on the wooden tablets in M8, it strongly supports that the ‘Gao Di Shu’ might have recorded exactly the grave goods buried within the tomb.     (Translator: Dong Ningning)