A series of new discoveries have been made during the archaeological excavations in Phoenix Mountain kiln site in Shangyu city, east China's Zhejiang province, according to the latest research.

Ten thousands of china wares from Eastern Han Dynasty to West Jin Dynasty of ancient China have been unearthed from the site, which provides precious materials for researching the origin of celadon in earlier periods. Yue Kiln of Shangyu city has been selected as one of the 2014 Ten Most Important Archaeological Discoveries in China.

Well-preserved dragon kilns have been found in this archaeological excavation, including the entire structure of hearth, kiln floor and kiln tail. This structure, close to the dragon kilns of Tang and Song Dynasty of ancient China, not only saves the inner space of kilns, but also makes the construction easier. This embodies the outstanding improvement of dragon kilns technology.

A large amount of high-level and high-quality blue glazed porcelains have been unearthed from the Phoenix Mountain kiln site. Most of them are bowls, pots, basins and etc. 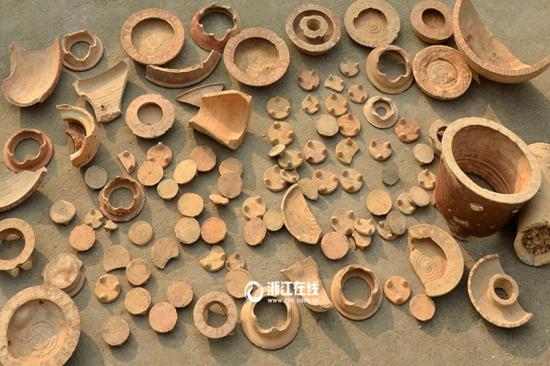 During the excavation, much attention was paid to the discovery of the large amount of inscriptive kiln furniture with written characters of 'Shiyou'. The meaning of the characters will need to be determined in further investigations. They may have some connections with the identity of the kiln owner, according to Zheng Jianming, one of the archaeological specialists. 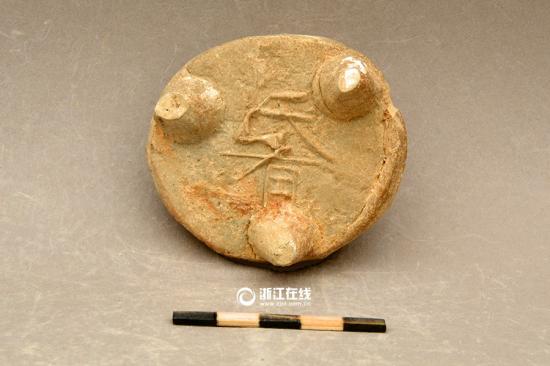 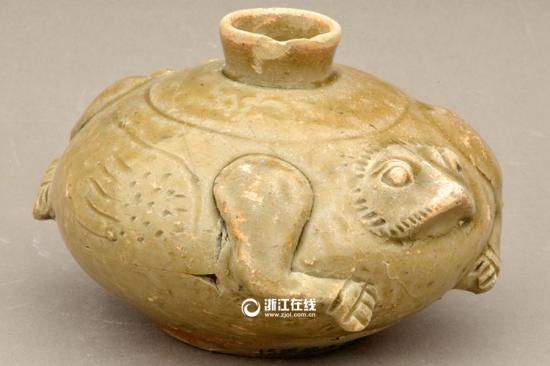