In Suizhou in Hubei Province, some new archaeological discoveries have been made in a series of tombs from the West Zhou Dynasty in Yejiashan. After two years of excavations, most of the tombs have been explored and the focus is now falling on two of the biggest tombs.

The two tombs are arranged in parallel positions and have similar structures with a passage connecting them. According to experts, this could signify that this is a combined burial of a couple.

The tomb with more decorative funereal objects, including porcelain and jade, is likely to be the woman’s, while the bronze ware and spears could be the husband’s. However, what’s intriguing archaeologists is the position of the bodies within the tombs, which would imply they were both male nobles.

Sacrificial pits for horses and chime bells have been unearthed from a cluster of tombs in central China, providing insight into a dynasty about 3,000 years ago, archaeologists said.

Researchers are still excavating the Yejiashan Graveyard, in Suizhou City in Hubei Province, believed to have belonged to lords of the Zeng State during the early Western Zhou Dynasty (1046-771 BC).

Seven sacrificial pits have been found with horse skeletons buried inside, the first time horse pits from that period have been found in the southern part of China, said Li Boqian, an archaeologist at Peking University. 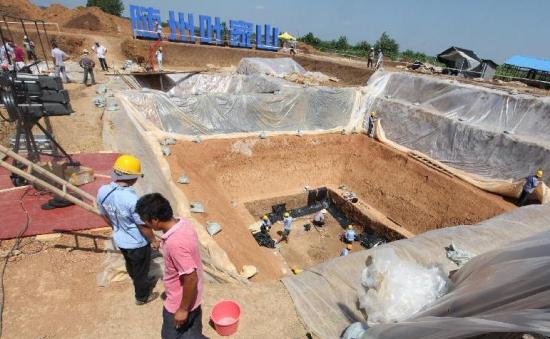 Five bronze chime bells have also been unearthed from a newly discovered tomb, said Huang Fengchun, researcher with the Hubei Provincial Institute of Archaeology. The tomb is believed to be the largest in the dynasty, Huang added.

Archaeologists are still excavating the site to find out the chime's full size, hoping that the bells might offer clues on the origin of the musical instrument, Li said. 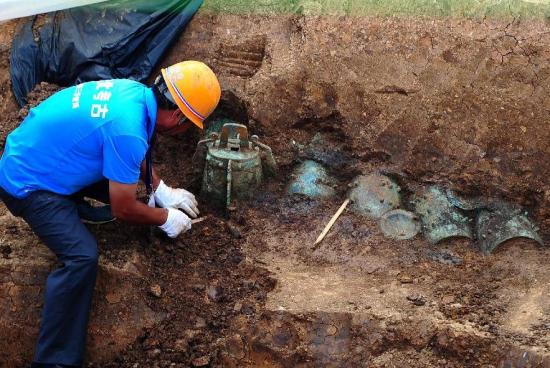 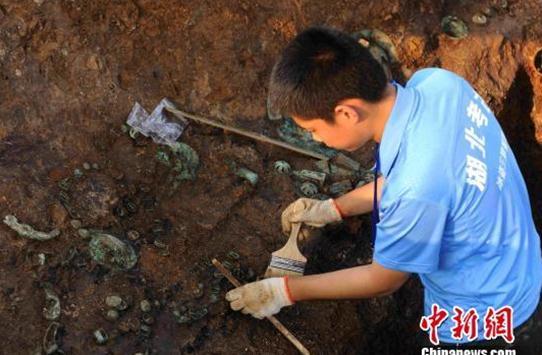 First discovered in 2011, the Yejiashan Graveyard was inscribed among China's Top 10 Archeological Findings that year. More than 700 pieces of crockery, bronze wares, lacquerwares and jade have been excavated from the tombs.