An ancient settlement has been discovered in the Ethiopian highlands with the help of a special instrument used in geophysical surveys. The find will help tell the story of ancient indigenous cultures in the Horn of Africa and their exchange with nearby civilizations. 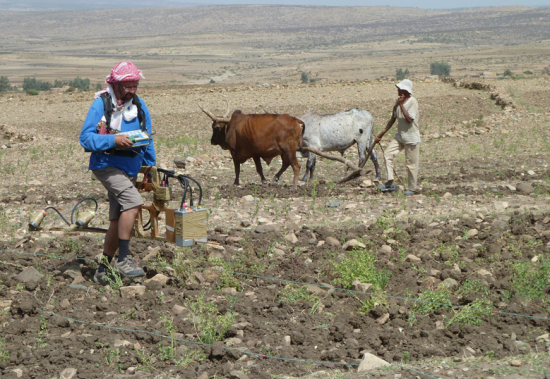 Measurements being taken in the Tigray Region with a magnetometer, Photo: © DAI

In early May, geophysicist Jörg Fassbinder from the Geophysics Department of Earth and Environmental Sciences at the Ludwig-Maximilians-University (LMU) in Munich and his colleague Margaret Schlosser of the German Archaeological Institute (DAI) took to a joint campaign.

Together, they surveyed the ground of a suspected settlement in the northwestern Ethiopian highland region of Tigray, home to the town of Yeha believed to be a major center of the Diamat Kingdom established around 700 BCE.

The team used a magnetometer to detect local anomalies in the geomagnetic field which could be indications of hidden objects beneath the subsurface including structural walls, graves, hearths and refuse pits. Such technology has been used only rarely in countries near the equator, however, as the magnetic field lines here run parallel to the Earth’s surface making it difficult to identify buried archaeological structures. Magnetometers are particularly useful, however, as non-evasive, non-destructive tools.

“The new evaluation method developed by Fassbinder’s research team was successful,” said the on-sight excavation director Pawel Wolf. “With the first test excavations, stone walls, burial sites and local waste items like animal bones and pottery shards were found dating back to different eras. Among them were also ceramic shards with characteristics from the Ethio-Sabaean Period dating back to the first millennium BCE.”

In 2008, Ethiopian archaeologists made the astonishing discovery of a perfectly preserved sacrificial altar in neighboring Meqaber Ga'ewa, a previously unknown location near the city of Wuqro. The altar bore a remarkable royal inscription in Old South Arabian bearing the name Yeha, located about 80 km from the find.

According to Kebede Amare, head of the Tigray Cultural Department, this is the southernmost find believed to belong to the Diamat Kingdom. Located in present day Eritrea and northern Ethiopia, the civilization had sophisticated irrigation plans, made use of plows, grew millet and made iron tools and weapons.

Since 2008, DAI archeologists have excavated not only a temple dedicated to the Sabaean moon god Almaqah in Meqaber Ga’ewa, they’ve discovered additional sites of a previously unknown settlement from this important historical period. In Ziban Adi, one of the most promising sites uncovered, they excavated the foundation walls of another sanctuary atop a 3-meter high hill of ruins in 2010. 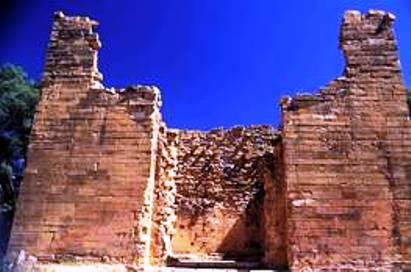 Countless pottery chards found in the surrounding grain fields suggest an intensive settlement was located around the ancient religious building. For the archaeologists, who are concerned not only with the cultural influence of the South Arabian Kingdom of Saba in the Horn of Africa, but in the study of indigenous African cultures, the settlement’s discovery raises high hopes that the remains of a town from this period will eventually be discovered. Thus far, only a few archaeological sites are known.