A group of ancient tombs have been unearthed at a construction site in Xiangyang in central China's Hubei Province. Among them, archaeologists have found a spectacular tomb, which is preserved remarkably well.

A total of nine tombs were discovered at a construction site. One tomb, containing a large brick chamber, is the most eye-catching. Archaeologists believe that it belonged to a noble in the Northern Song Dynasty around 900 years ago.

"We have never seen a tomb with such a spectacular gate tower made out of bricks. So, we believe that it must have belonged to a noble or a high-ranking official," said Tian Guiping from Hubei Institute of Cultural Relics and Archaeology. 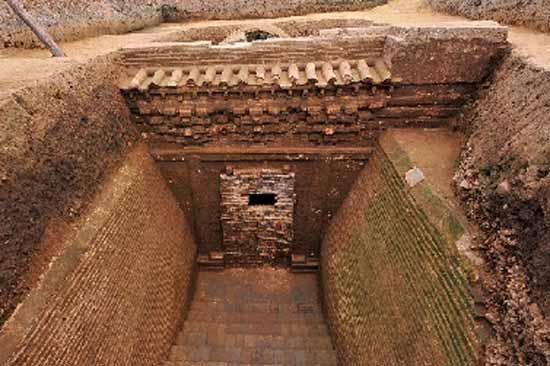 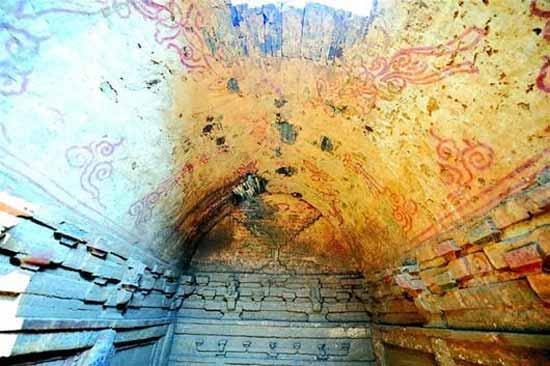 From the outside, the tomb looks like a large house. It consists of a gate tower, and a corridor leading to the chamber. Inside the oblong chamber, there are colourful patterns and engravings on the brick walls.

"We can learn a lot about the way people in the Northern Song Dynasty lived from these paintings," said Liu Jiangsen from Xiangyang Archaeology Institute.

Tian Guiping said the tomb was the largest brick tomb with engravings and paintings ever found in Hubei Province, and the best preserved.

The tombs are incredibly valuable to further the study of burial practices and the architecture of the time.