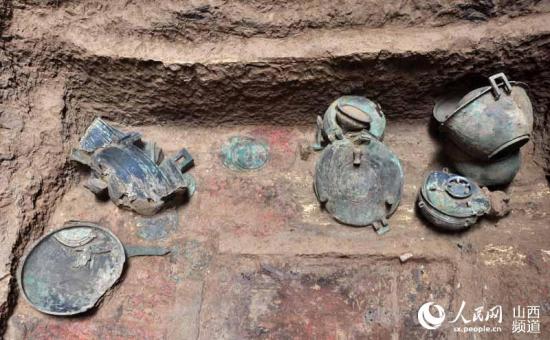 According to the Shanxi Institute of Archaeology, after two years of hard work, the excavation of the Zhou dynasty (1046 BC–256 BC) cemetery in Xiangfen County of north China's Shanxi province has yielded a rich discovery. A total of 1,283 tombs and three chariot pits have been uncovered. The site is a high-ranking noble cemetery of the Zhou Dynasty, which lasted for about 500 years. The discoveries are very meaningful to research on the Zhou Dynasty burial system.

A large number of bronze sacrificial items, instruments, chariots, harnesses, pottery, jade wares, gold vessels and other cultural relics have been unearthed, which reflect the burial rituals of that time.

From June 2014 to November 2015, archaeologists worked on this complex of tombs of the Zhou Dynasty in Xiangfen County. This cemetery covers an area of 240,000 square meters. Archaeologists pay close attention to the site because of frequent grave robberies.

In order to better protect the cultural relics, the Shanxi Institute of Archaeology and local cultural relics bureau conducted two excavations at the site from June 2014 to November 2015. So far, a total of 1,283 tombs and 3 chariot pits have been discovered, among which 12 tombs have already been excavated. 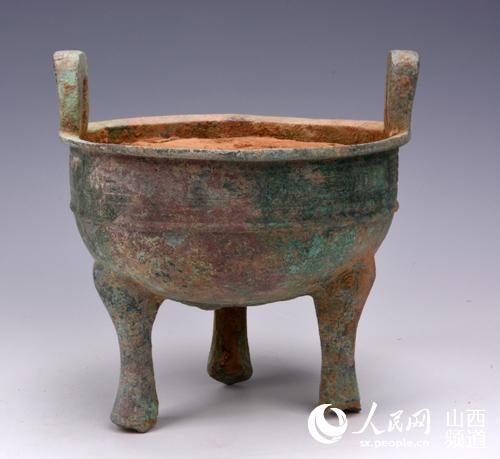