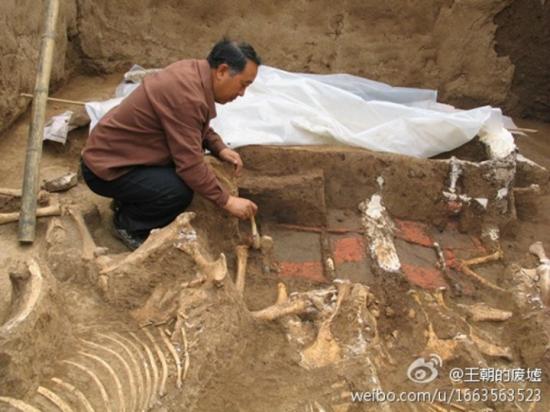 A huge ancient tomb belonging to the grandmother of China's first emperor Qin Shi Huang has been found in Xi'an during excavations to expand the Xi'an University of Finance and Economics campus in Shaanxi province, northwest China.

According to China.org.cn, the tomb complex covers an area measuring 173,325 square metres, stretching 550m in length and 310 meters in width, and is the second largest tomb to have ever been discovered in the country.

So far, archaeologists have excavated two carriages and 12 horse skeletons (each carriage would have been pulled by six horses) out of the tomb.

The carriages and horses are a symbol of high rank which is equal to that of an emperor or a member of the royal family. 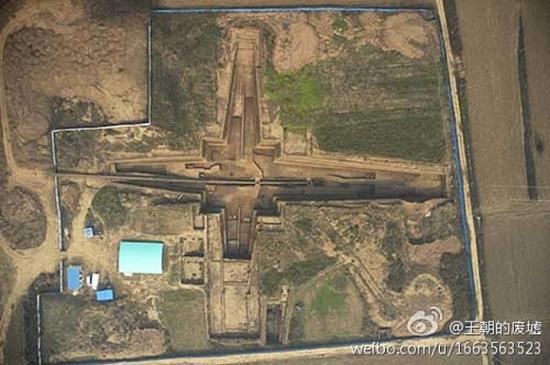 The mausoleum complex, as seen from the air (Weibo user Dynasty Ruins)

They also believe that the first emperor commissioned the tomb to be built and it was completed in his lifetime, but there is no word yet as to whether they have found her sarcophagus. 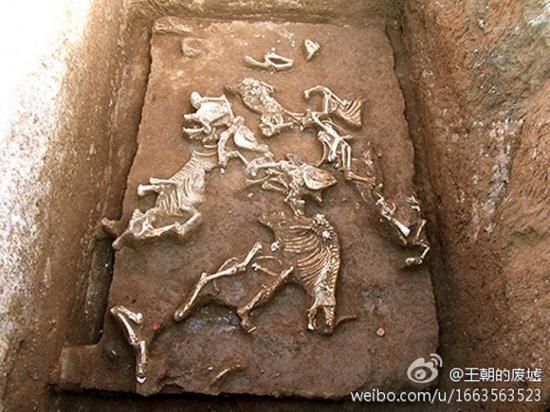 Qin Shi Huang (260-210BC) was the first emperor to unify China and enact major economic and political reforms across the country. China had previously consisted of a multitude of warring states and kingdoms, each under the control of feudal overlords, leading to much instability.

Although history knows his parents, the concubine Lady Zhao and King Zhuangxiang of the Kingdom of Qin, not much else is known about his family.

After the death of Qin Shi Huang's father, he took the throne at the age of 13.

His mother took a lover Lao Ai and had two illegitimate children. Later, Lao Ai tried to stage a coup with the intention of killing Qin Shi Huang and placing one of the two children on the throne as a puppet ruler.

Qin Shi Huang ordered his half-siblings to be killed and his mother was placed under house arrest, while Lao Ai died during the coup.

Perhaps the first emperor might have had a closer relationship with his grandmother than with his mother.

In later life, he never chose an empress, but sired 50 children on numerous concubines, so he might have had issues with forming relationships with women. 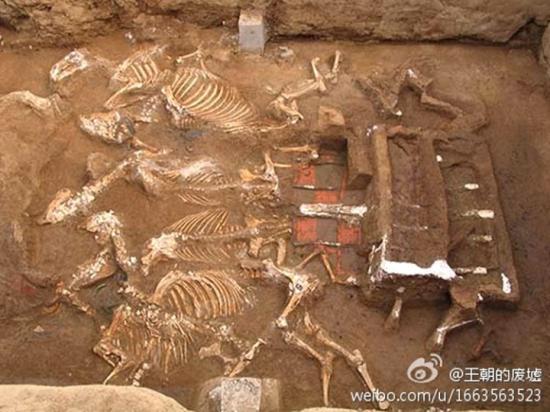 The skeletons of six horses have been found with a carriage, a symbol of royalty in medieval China(Weibo user Dynasty Ruins)

Qin Shi Huang standardised units of measurement, the length of axles of carts and currency, creating the Ban Liang coin. He also created the first unified Chinese script to make one language and communication system.

Although he destroyed many books about the past so that scholars could not compare his reign to rulers before him, he has left the world a lasting legacy in the form of the Great Wall of China, a defensive wall system, and his mausoleum complex, which is also in Xi'an.

The first emperor's tomb complex took 38 years and over 720,000 builders to construct, and its location was deliberately lost, hidden under the man-made Lishan Mountain, with trees and vegetation planted over it. 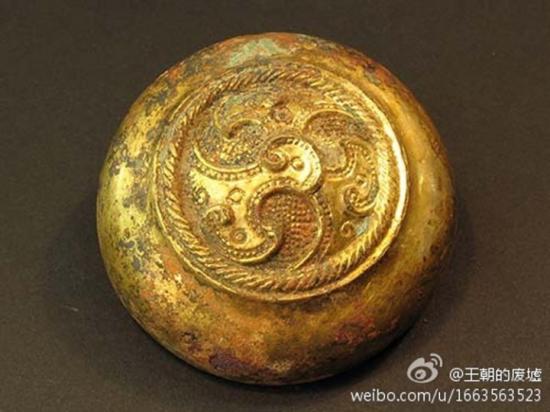 Builders who sealed one tomb chamber were killed when they reported to their superiors, who would in turn seal the next chamber and then report to superiors who killed them in turn. It is also rumoured that his concubines were buried alive with him.

When the last builders and guards reported back to the capital that the task had been completed, they were killed too, and the location of Qin Shi Huang's tomb lay hidden for over two thousand years.

In 1974, the tomb was discovered by farmers digging wells, who stumbled on the garrison of 6,000 terracotta warriors.

The central tomb chamber housing the first emperor's sarcophagus has not yet been excavated as archaeologists currently lack the technology to adequately preserve the tomb's contents.

They believe that some ancient booby traps like rivers of mercury and rigged crossbows might still await them, thanks to probes inserted into the tomb discovering abnormally high amounts of mercury.