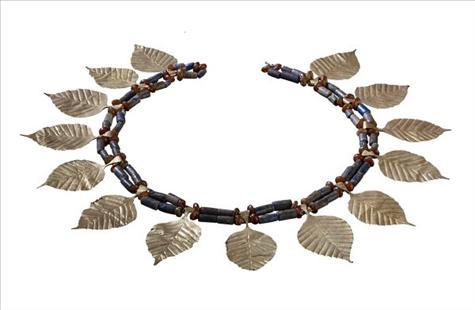 Woman’s headdress - Carnelian and lapis lazuli beads with gold leaf pendants worn by an attendant in the Royal Tomb known as the "King’s Grave". Leaves, fruits and floral rosettes were popular decorative motifs. A great quantity of jewellery was found on the heads of some of the women and it is probable that wigs were worn to build up the hair. 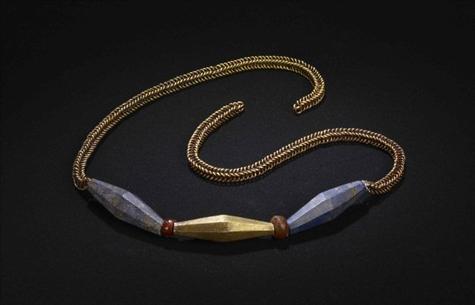 Man's headdress - In the Royal Tombs men wore these diadems of gold chain and carnelian with large beads of lapis lazuli and gold. 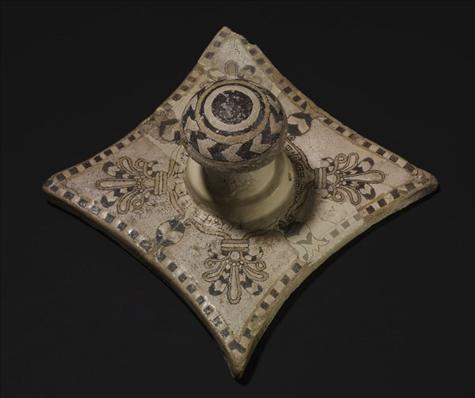 Glazed wall plaque from a temple - The design is of palmettes like those of the Sacred Tree and there is an inscription of Asurnasirpal II. 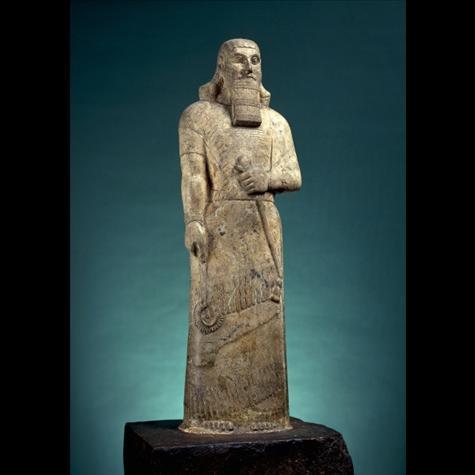 Statue - King Ashurnasirpal II - This rare example of an Assyrian sculpture in the round was placed in the Temple of Ishtar at Nimrud where Ashurnasirpal established his capital city. An inscription on his chest gives his titles and lineage, ending thus: "king of the universe, king of Assyria, conqueror from the opposite bank of the Tigris as far as Mount Lebanon and the Great Sea, all lands from east to west he subdued". 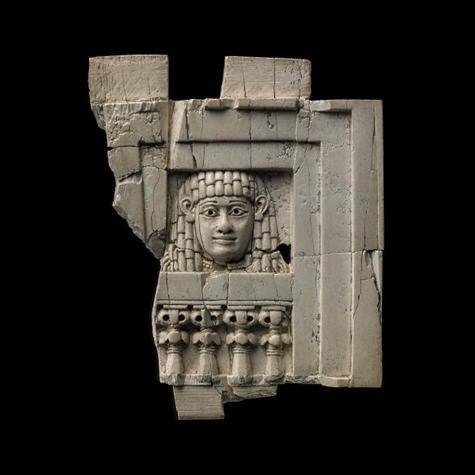 Ivory panel showing a woman at a window - She has an Egyptian hairstyle and the window sill is supported by palm columns. This panel would have decorated furniture 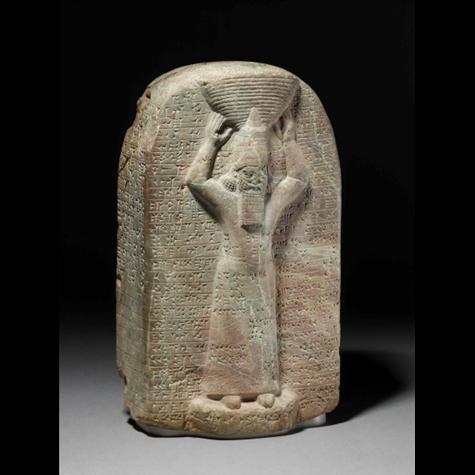 Tablet - Stela of Ashurbanipal - The inscription records that he restored the Esagil temple of Marduk, the most important temple in Babylon. The old Sumerian name means "House Whose Top is High". 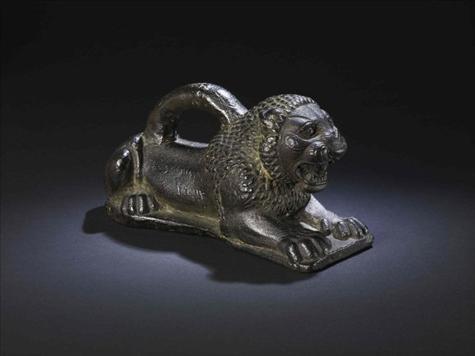 Bronze lion weight - This is one of a set made for King Shalmaneser V (726 –722 BC). Inscribed on it is "Five mina of the king" in both Assyrian cuneiform and Aramaic.