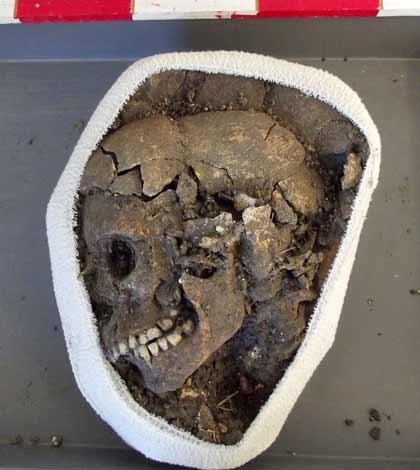 The remains of an amber necklace-wearing adolescent child who died 4,000 years ago have been found placed in a foetal position at the bottom of a Neolithic henge near Stonehenge. 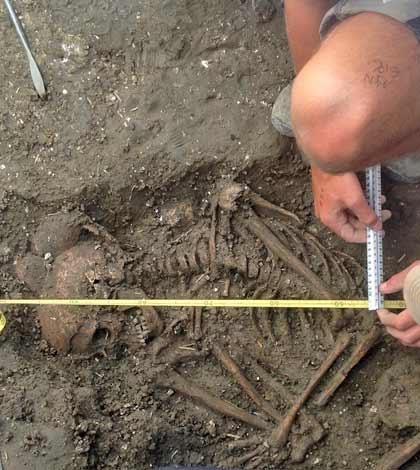 Measuring 1.5 metres in length, the well-preserved skeleton had its arms crossed and legs drawn up in a grave at Wilsford Henge, a previously unexplored site between Stonehenge and Avebury which archaeologists are hoping will reveal more about the lives of people who saw Stonehenge in action. 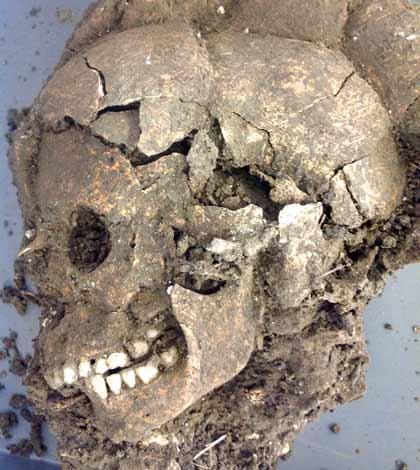 “Scientific analysis will provide information on gender of the child, diet, pathologies and date of burial,” predicts Dr Jim Leary, from the University of Reading, calling the skeleton “a wonderful discovery”.

“It will help tell us what life was like for who lived under the shadow of Stonehenge at a time of frenzied activity.

“It may also shed light on where this young individual had lived.

"Finds from the first five weeks of the dig were exciting. But, as so often during excavations, the best is revealed last.”

Experts from Historic England, the Arts and Humanities Research Council and Wiltshire Museum say “extensive research” at four trenches – Wilsford, Marden Henge, a large Roman farm settlement and a Roman enclosure next to the farm – will reveal “priceless” new information. The work will continue in 2016.