Willingham Mere (G-B) : Excavation shines a light on what the Fens would have looked like 3,000 years ago

Excavation shines a light on what the Fens would have looked like 3,000 years ago 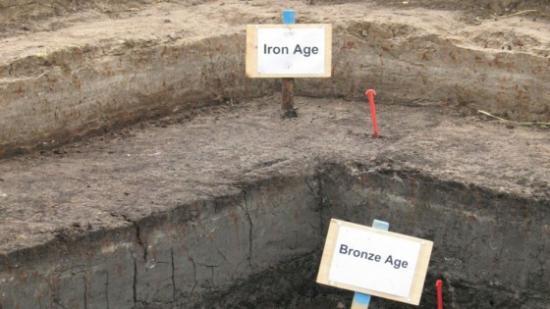 The program will highlight the ‘Digging Environment’ project, which earlier this year saw members of the public excavate the waterlogged prehistoric lake beds of Willingham Mere, Cambridgeshire.

The investigation comprised an excavation of a 9x10m area on the north-eastern edge of the mere. By using a process of pollen assessments and radiocarbon dating techniques, the team were able to investigate how the vegetation and landscape changed around the mere.

The results of the radiocarbon tests showed that during its life the mere has passed through several phases.  It initially formed during the Bronze Age and progressed through natural cycles of mud flat, reed bed and fen, with the rivers sometimes passing through.

The radiocarbon dating and pollen analyzes from the mere revealed that there has been rapid environmental and ecological change at the site over the past 300 years.

One of the earliest forms of the mere was a wet but woody landscape.  Alder Carr was frequently found in the lowest deposits (Bronze Age) along with willow, oak, hazel and a few other native species. Then a silty layer was deposited: the first real formation of the mere.  By the Iron Age, the mere started to dry out and develop into a fen; the trees are replaced by mosses, reeds, sedge and other wetland species.

During the dig the team discovered large amounts of preserved round wood and twig fragments, including two possibly worked wood fragments – one potentially a wooden peg, which is awaiting specialist analysis. The team also discovered a number of bird and fish bones – preliminarily identified as coots and pike.