When Lettuce Was a Sacred Sex Symbol 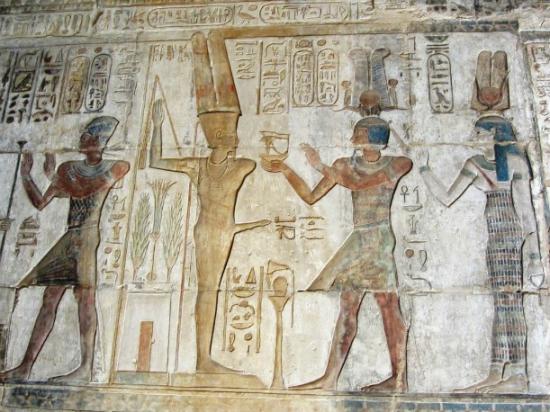 The Ptolemaic king stands before Min, the ithyphallic god of fertility, and offers him the eye of Horus. Image via wordpress.

Lettuce has been harvested for millenia—it was depicted by ancient Egyptians on the walls of tombs dating back to at least 2,700 B.C. The earliest version of the greens resembled two modern lettuces: romaine, from the French word “romaine” (from Rome), and cos lettuce, believed to have been found on the island of Kos, located along the coast of modern day Turkey.

But in Ancient Egypt around 2,000 B.C., lettuce was not a popular appetizer, it was an aphrodisiac, a phallic symbol that represented the celebrated food of the Egyptian god of fertility, Min. (It is unclear whether the lettuce’s development in Egypt predates its appearance on the island of Kos.) The god, often pictured with an erect penis in wall paintings and reliefs was also known as the “great of love” as he is called in a text from Edfu Temple. The plant was believed to help the god “perform the sexual act untiringly.”

Salima Ikram, Professor of Egyptology at the American University in Cairo who specializes in Ancient Egyptian food explains Min’s part in lettuce history. “Over 3,000 years, [Min's] role did change, but he was constantly associated with lettuce,” she says.

The first of these depictions appeared around 1970-80 B.C. in the The White Chapel of Senusret I, though there may be earlier examples, Ikram says. 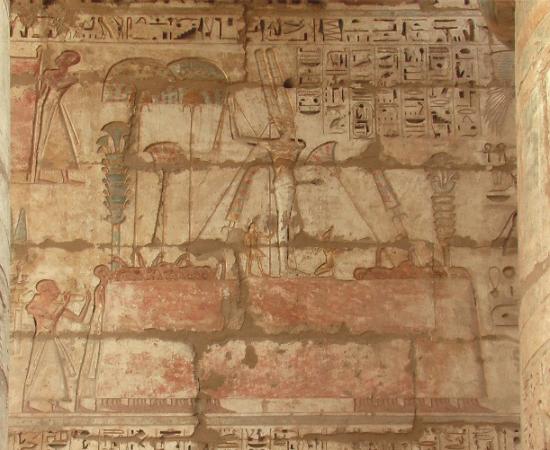 This relief from the funerary temple of Ramses III at Medinet Habu depicts the festival of Min. Image courtesy of Flickr user kairoinfor4u.

This relief, from the funerary temple of Ramses III at Medinet Habu, for example, depicts Min’s harvest festival. At the center is a statue of Min. Behind him, a procession of priests holds a small garden of lettuce. Min is also sometimes depicted wearing a long, red ribbon around his forehead that some say represents sexual energy.

“One of the reasons why [the Egyptians] associated the lettuce with Min was because it grows straight and tall—an obvious phallic symbol,” Ikram says. “But if you broke off a leaf it oozed a sort of white-ish, milky substance—basically it looked like semen.”

When the butt of modern Romaine lettuce is cut off, a similar substance oozes from the plant and gives it a bitter flavor. Lettuce’s scientific classification lactuca sativa, is derived from the Latin word for milk and shares the same root as lactose, the sugar enzyme found in dairy products. (Ed. — corrected thanks to feedback from reader joelfinkle) (While we’re talking etymology, raw lettuce dishes known as herba salata (“salted greens”) gave rise to the English word “salad.”) Jane Grigson’s Vegetable Book provides further options for what the lettuce milk of the “ithyphallic god of increase” may represent:

Lettuce was sacred to him because of the “straight vertical surge” of their growth, milky juice they exude which could be taken as a symbol of mothers milk or semen.

Ancient Egyptians used the lettuce differently than those who would come later. The leaves had a greenish blue color and were often removed from the plant due to their bitter taste. Instead of being part of a meal, the seeds from the bud of the flowers were harvested and pressed for their natural oils which were used for cooking, medication—even mummification. Lettuce oil was a standard in the Egyptian materia medica and even today is used as a traditional remedy for hair regrowth. 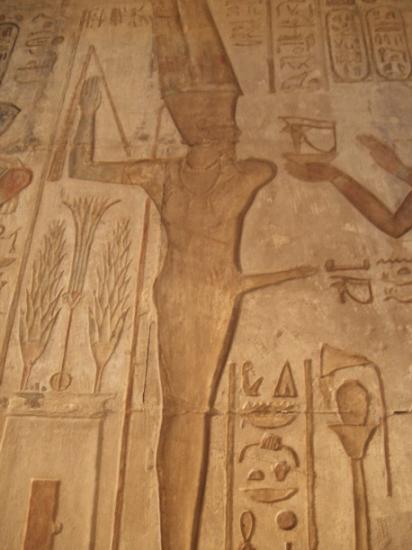 The Greeks and Romans later popularized the leafy veggie as an appetizer during the 81-96 A.D. reign of Domitian. When they first introduced a set order of courses, the meal included a salad at the beginning to stimulate the appetite and also at the end to encourage digestion, according to author Gil Marks. It was still considered a medicinal goldmine by the Greeks and Romans, but for a different reason than the Egyptians—they believed it helped people sleep. Under Domitian’s reign, as the story goes, the ruler would force his guests to eat lettuce before the meal so as to make them struggle to remain awake for the remainder of the visit.

Another interesting lettuce-related story in Ancient Egypt, not for the faint-of-stomach: In Egyptian history there are many battles between the Egyptian deity Horus and Set, the god of the desert. Though the argument was usually over which of the two had the rightful claim to rule Egypt, one rather odd battle involves lettuce. According to Papyrus Chester-Beatty I, as interpreted by Ikram, Set at one point tries to overpower Horus by seducing him and then having intercourse with him. Horus places his hand between his legs, catches Set’s semen and throws it into the river. “Horus [then] tricks Set by basically spurting his sperm and throwing it into a lettuce plant, ” Ikram says. Because Set eats the semen-covered lettuce, in the eyes of the gods, Horus was dominant—at least until the next battle.