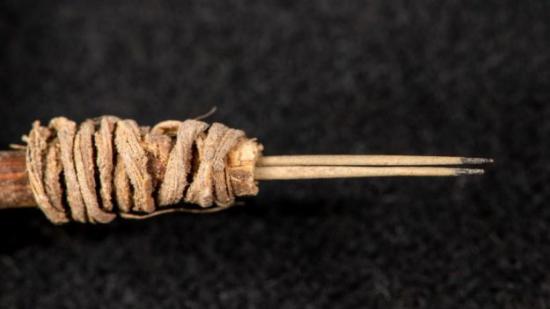 Andrew Gillreath-Brown, a Washington State University anthropology PhD candidate, came across the pen-sized instrumentwhile taking inventory of archaeological materials. Gillreath-Brown and other archaeologists conducted research on the tool, which was published in the Journal of Archaeological Science: Reports on Thursday. The tool, which pushed back the earliest evidence of tattooing in western North America, could help scientists understand how tattooing played a role in prehistoric people’s lives.

“Tattooing by prehistoric people in the Southwest is not talked about much because there has not ever been any direct evidence to substantiate it,” Gillreath-Brown said in the press release. “This tattoo tool provides us information about past Southwestern culture we did not know before.” 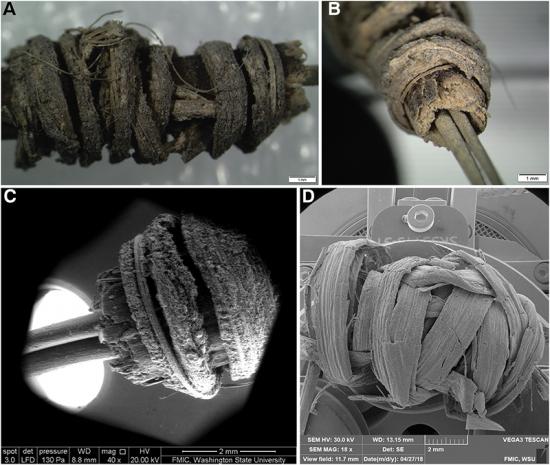 Close-ups of the ancient tattoo tool. (Photo Credit: Redefining the age of tattooing in western North America: A 2000-year-old artifact from Utah/Journal of Archaeological Science: Reports)

he tool, which has a 3.5-inch wooden skunkbush handle bound at the end with split yucca leaves and a cactus-spine business end, was made roughly 2,000 years ago by the Ancestral Pueblo people of the Basketmaker II period in southeastern Utah. The tool even had stained tips at the end, which led Gillreath-Brown to believe that it might be a tattoo instrument.

What’s special about the tool is its age: Other tattoo tools from Arizona and New Mexico previously discovered by archaeologists have been dated between AD 1100 and AD 1280. When Gillreath-Brown found a similar instrument from a Utah site that was 1,000 years older, he knew he found something important. 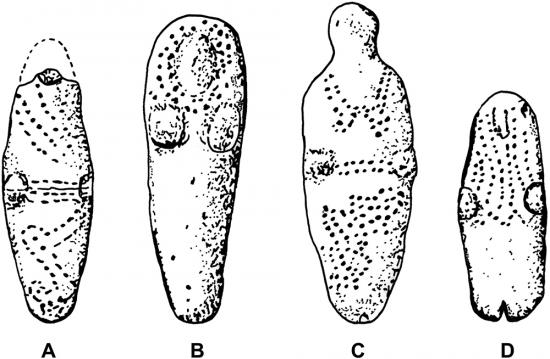 With the help of Aaron Deter-Wolf, an ancient tattoo expert and colleague, Gillreath-Brown studied the tool’s tips with a scanning electron microscope, energy dispersive ray spectroscopy, and X-ray fluorescence. Using a replica on pigs skin, Gillreath-Brown also did several test tattoos to observe the quality of the tool. After observing the crystalline structure of pigment, he found that it contained carbon, an important body painting and tattooing element.

Even though archaeologists and scientists don’t know much about early North American tattoos, Gillreath-Brown’s discovery could help them learn more about the ancient body art and how it might have influenced prehistoric people’s social classes a long time ago.