Toothache may have troubled an energetic woman buried in the Highlands 4,000 years ago, say archaeologists 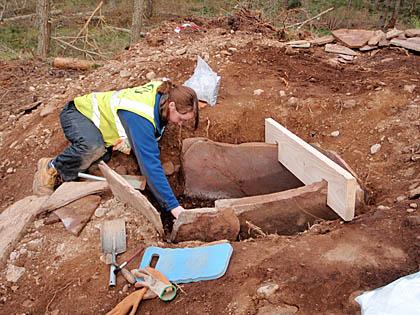 A Bronze Age grave has been investigated at West Torbreck, near Inverness© GUARD Archaeology Ltd

An early Bronze Age woman buried in prehistoric woodlands near Inverness suffered from tooth rot and dental decay, according to osteoarchaeologists investigating her molars, incisors and jaw.

Aged between 40 and 44 at the time of her death, her remains, found in a cist originally disturbed while an access track was being created at Cullaird Wood two years ago, are believed to point to a sporty woman who died at some point between 1982 and 1889 BC. 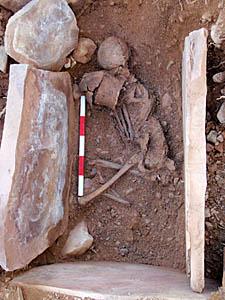 Despite widespread attrition, a recession of her left jaw bone and a dental pulp infection which completely exposed two of her tooth roots, her dental disease would have only caused “mild pain”, according to her finders.

“Dental disease in the form of periodontal disease and a periapical cyst were present,” said Maureen Fitzgerald, of the investigating GUARD Archaeology team.

“They are probably symptomatic of poor oral hygiene and are probably secondary to the moderate dental wear observed on most of the teeth.

“Both the right and left femurs appeared quite robust with fairly prominent muscle attachments, suggesting that the individual probably led a physically active lifestyle.”

Experts used morphology results from the pelvis and skull to determine the gender of the body, which was ritually buried in a Highland funeral.

“Unfortunately, height could not be established due to the incomplete state of the surviving long bones,” added Fitzgerald.

“Bone morphology measurements could only be obtained from the right femur due to the fragmentary state of both tibia and erosion to the left femur.”

The grave goods aimed at assuaging her path to the afterlife included seven fragments of flint and a beaker unusual in its lack of decoration.

Read the full report and visit GUARD Archaeology for more. 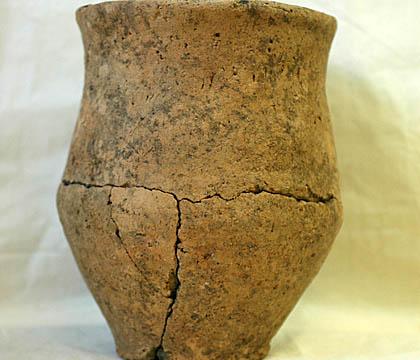