Were Herihor, Piankh and Menkheperre buried at Wadi el Garb? 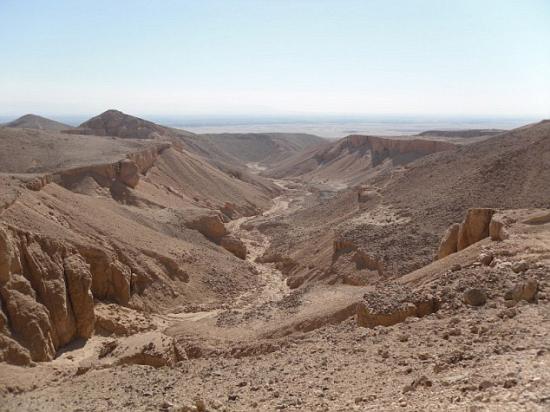 A site where three Pharaohs of the 21st Dynasty were buried has been identified in Wadi el Garb, near Luxor, Egypt, and the high possibility it might house immense treasures makes the need for its protection urgent. This is what 72 year old British archaeologists John Romer has claimend recently, according to an article at UK’ main tabloids, The Daily Mail. 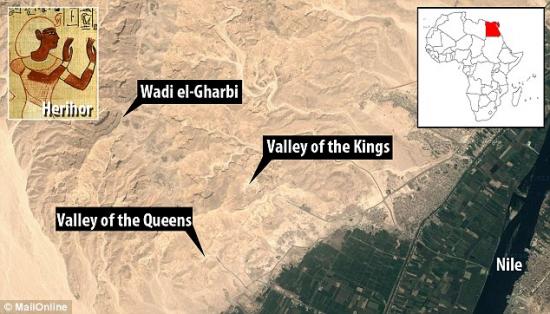 Wadi el-Garb (“western wadi” in Arabic) is located on the Nile’s West Bank opposite Luxor, to the NW of the two major royal necropoleis, the Valley of the Kings and the Valley of the Queens. As declared by its name, the site is a geological dried river-like formation characterized by huge cliffs ending in a dry riverbed. So far, the site’s rocks is rich in inscriptions (“graffiti”), many of which performed by ancient royal tomb workmen. Among these inscriptions, the name of Pharaoh-High Priest Herihor has been recorded 150 times. In addition, huge mounds of limestone chippings similar to the ones found in the Valley of the Kings have been recorded as covering the wadi floor in a 1916 account of Howard Carter, the man who discovered the tomb of Tutankhamun six years later. But while Carter, who performed a two week survey in the area, explored the wadi floor, he did not pay attention to the cliffs, which tower a bit more of 300 m. over it. 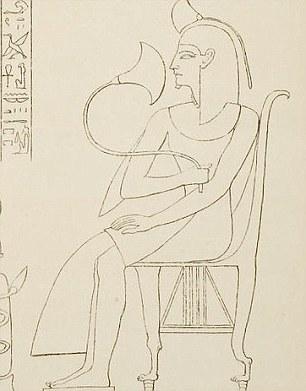 Romer thinks this neglect was a major mistake of Carter’s, as Herihor’s tomb could have been hewn somewhere in the cliffs and might wait for archaeologists, undisturbed since 1085 BC. Researching on the tomb for 40 years, Romer thinks that Herihor is most likely to be buried in a coffin of gold, like Tutankhamun. “There are likely to be canopic chests, objects of alabaster, gold-plated statues, and thrones, though possibly not chariots”, he explains, adding that he expects two more Pharaohs, Herihor’s successors Piankh and Menkheperre are also buried there. He also alerts for the site’s security as even the possibility of precious finds might draw prospective “treasure hunters”.

“Three people were arrested by the army security services at Luxor for entering it.”, Romer states regarding an event that took place about a month ago. The researcher, still in-waiting for an SCA permit to dig the site, also adds his will any excavation at the site to be done properly, so that important data such as inscriptions not to be missed.