Last December a group of archaeologists from the National Museum returned from an excavation expedition in the Sudanese locality of Wad Ben Naga. They have been working there since 2009 and are helping their Sudanese colleagues fulfil the requirements to enable the whole area to be registered as a UNESCO World Heritage Site.

Radio Prague spoke to some members of the team and chief archaeologist Vlastimil Vrtal told her what exactly they have been uncovering.

“There are at least 4 temples, one large palatial structure and vast cemeteries to the north and the south. Currently, we’ve finished revising excavations of four structures which were already excavated before, but they weren’t properly published or even documented.

“Now, in this last year, we’ve started excavating in the so called “Typhonium” which is a temple building. This one was only known from pictures of ancient ruins from the 19th Century but it wasn’t excavated until we came.”

Previously at the site, fragments of an altar were discovered by the famous Prussian Egyptologist Karl Richard Lepsius. His expedition in the mid 19th Century uncovered two stands upon which sacred bark would have been laid. Pavel Onderka, the leader of the archaeological exhibition told me what had happened to them.

“The larger of the two was taken to Berlin and now forms part of the collections at the Egyptian museum there. The other one was left at the site. One and a half centuries later we discovered parts of it - sadly not the complete piece - but luckily with both Meroitic and Egyptian hieroglyphs.”

But archaeological digs aren’t always straight forward. Alexander Gatzsche, the conservator of the exhibition explained to me some of the problems with the finds.

“It’s really nice to get in touch with the finds there but sometimes, from the point of view of a conservator, they are in such bad condition that it is more of a big challenge to go there. The conditions and circumstances of the things there are very different to many other places and so the experiences are new for me.” 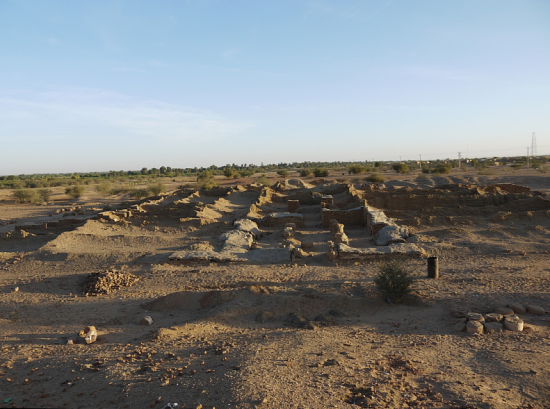 The expedition however isn’t just there to discover ancient remains. In 2011, a partnership between Otrokovice, Mr Onderka’s home town, and Wad Ben Naga was declared meaning the district receives financial support on a yearly basis. I asked him what else this partnership means for the towns.

“At first the cooperation was only established between the schools. The children from the Czech Republic were sending teaching materials and toys and clothes to children in the Sudan, but soon the town realised that this is actually an opportunity for not only the schools, but also for all the citizens of the city to help in some way.

“In 2012 we were able to build a water cleaning plant in Wad Ben Naga and to reconstruct the local kindergarten and in this coming year, 2013, we are supposed to buy new equipment and furniture for the local schools.” 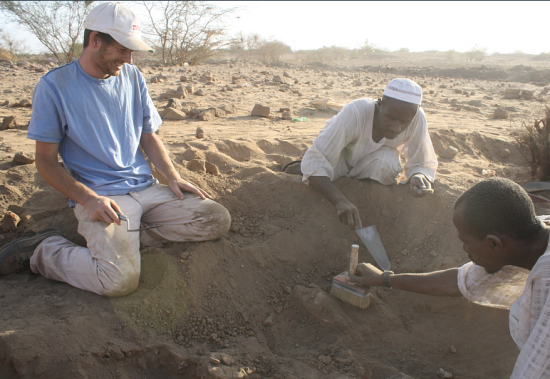 In the coming year the expedition is also expecting to publish the first detailed study on Wad Ben Naga. They are also hopeful that at some point in the future, they will have the chance to present their research in an exhibition. Pavel Onderka, the leader of the archaeological expedition again:

“Whoever came to Wad Ben Naga as an explorer did not leave the site disappointed. We do not only discover wonderful things but we also discover things that bring us closer to understanding everyday life in ancient times.”