Visible Only From Above, Mystifying 'Nazca Lines' Discovered in Mideast - Part.1

Visible Only From Above, Mystifying 'Nazca Lines' Discovered in Mideast

They stretch from Syria to Saudi Arabia, can be seen from the air but not the ground, and are virtually unknown to the public. 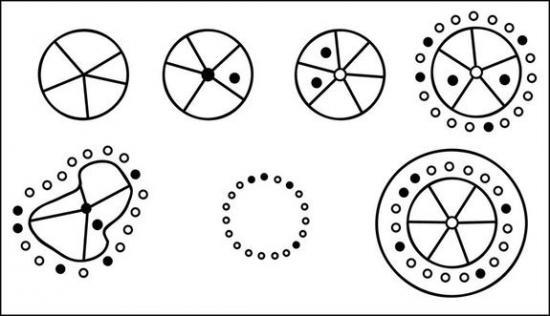 They are the Middle East's own version of the Nazca Lines — ancient "geolyphs," or drawings, that span deserts in southern Peru — and now, thanks to new satellite-mapping technologies, and an aerial photography program in Jordan, researchers are discovering more of them than ever before. They number well into the thousands.

Referred to by archaeologists as "wheels," these stone structures have a wide variety of designs, with a common one being a circle with spokes radiating inside. Researchers believe that they date back to antiquity, at least 2,000 years ago. They are often found on lava fields and range from 82 feet to 230 feet (25 meters to 70 meters) across. 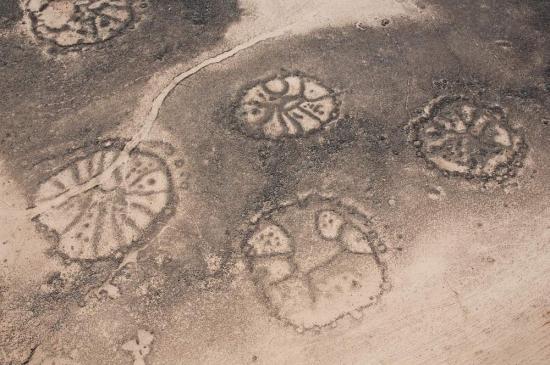 Credit: David L. Kennedy APAAME_20080925_DLK-0308The area near the Azraq Oasis in Jordan has hundreds of wheels, large structures made of stone that date back at least 2,000 years. These wheel structures are often found on lava fields and range from 82 feet to 230 feet (25 meters to 70 meters) across. Archaeologists used to believe that the Azraq Oasis wheels were used as a cemetery although that is now in doubt. (Unless otherwise noted, all the photographs in this album are taken from the air, as one can't make out the structures from flat ground.)

"In Jordan alone we've got stone-built structures that are far more numerous than (the) Nazca Lines, far more extensive in the area that they cover, and far older," said David Kennedy, a professor of classics and ancient history at the University of Western Australia. 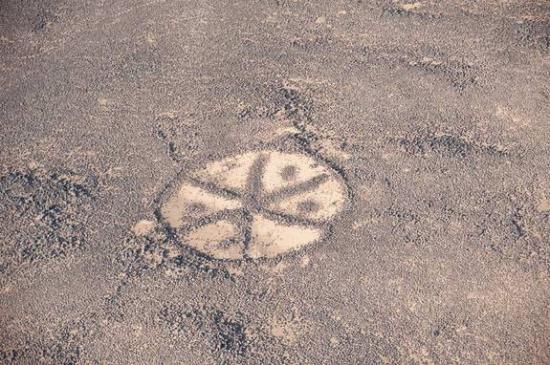 Credit: Robert H. Bewley APAAME_20090928_RHB-0120 - These stone structures have a wide variety of designs, with a common one being a circle with spokes radiating inside. This wheel in Jordan looks like it has four dots within its spokes.

Kennedy's new research, which will be published in a forthcoming issue of the Journal of Archaeological Science, reveals that these wheels form part of a variety of stone landscapes. These include kites (stone structures used for funnelling and killing animals); pendants (lines of stone cairns that run from burials); and walls, mysterious structures that meander across the landscape for up to several hundred feet and have no apparent practical use.

His team's studies are part of a long-term aerial reconnaissance project that is looking at archaeological sites across Jordan. As of now, Kennedy and his colleagues are puzzled as to what the structures may have been used for or what meaning they held. 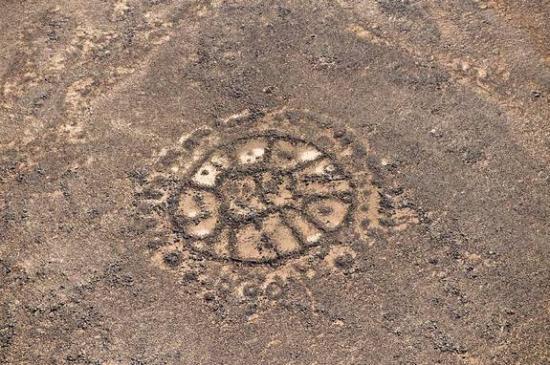