A retired Cal Poly biology professor — known for using ancient yeast extracted from amber as an ingredient in beer — has turned his attention to the remains of ancestors of present-day Caribbean island inhabitants. 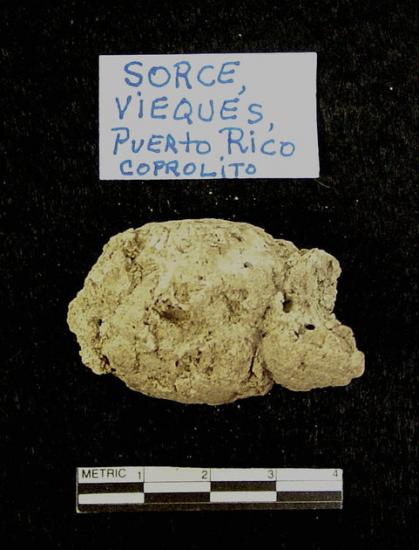 Raul Cano and his team of researchers analyzed fossilized feces in Puerto Rico to learn more about the diets and genetic origins of two groups of people who lived on the country’s Vieques Island from 5 AD to 1170 AD.

Archaeologists have long debated whether the Huecoid and Saladoid cultures, which co-existed on the island, were related or if their origins were linked. Cano’s research determined that they weren’t.

The team studied the waste remnants of both cultures over the past two years. The dung was found in a waste area less than a square mile away from archaeological settlement sites.

Cano said that marine conditions around the Puerto Rican island and the winds helped dry and bury the feces more quickly than in other tropical areas, better keeping them intact.

Cano’s research unveiled what the different groups ate, which helped them to determine they had different origins and separate cultures.

Huecoid coprolites were characterized by maize and fungi sequences, indicating those foods, which included mushrooms, were staples of their diet.

Cano, a native of Cuba, taught at Cal Poly from 1974 to 2005 and maintains professor emeritus status.

The Huecoids and Saladoids are both believed to be ancestors of the indigenous Taino Indians, which inhabited the Greater Antilles island group — including Cuba, Jamaica, Haiti, the Dominican Republic and Puerto Rico.

The Saladoids’ migration to the Puerto Rico area has been traced from modern Venezuela. Their remnants include white and red painted pottery.

The Huecoids are believed to have come from the Andes because of their relics. Their amulets, which are ornaments meant to protect people from danger, portray a pair of Andean condors.

It’s unclear how long the people from each group lived. However, archaeologists have made findings of bones and teeth that reveal that the Saladoids may have lived into their 50s, with others appearing to live into their 30s and 40s, Cano said.

Cano gained international recognition in the 1990s for his discovery that microorganisms could be brought back to life by extracting them from amber found in Myanmar, North America and Central America.

After that breakthrough, he grew 45-million-year-old yeast removed from ancient amber and used the ingredient in commercial beer, starting Fossil Fuels Brewing Co.

His latest project in Puerto Rico resulted in a paper, co-authored by Cano, the project leader, and eight fellow researchers from various universities, including faculty with the University of Puerto Rico, San Juan.

The article was published in the September edition of PLOS One, an open access, peer-reviewed scientific journal issued by the nonprofit Public Library of Science.

About 250 ancient settlements have been discovered by archeologists on Vieques Island.

In the future, Cano hopes to conduct research in Cuba since President Barack Obama’s announcement of the U.S. opening diplomatic relations with his home country.

He was denied permission previously when he applied to conduct research there. His ancestry is mostly Spanish, about 65 percent, but his curiosity in his indigenous roots helped pique his interest in the research.

“I am Cuban, and as such I am very interested in my ancestors,” Cano said.