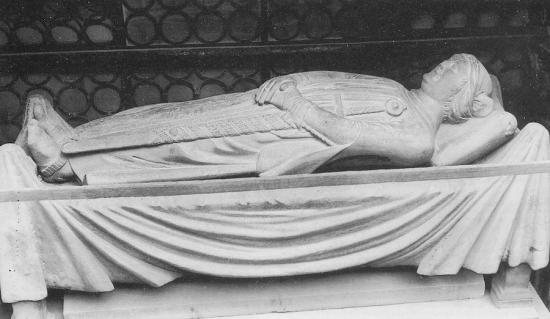 Cangrande's carefully carved sarcophagus was opened so that his body could be studied by scientists. Credit: Courtesy of Gino Fornaciari

Forensic scientists in Italy have uncovered a mummy murder mystery.

A Renaissance-era warlord who dropped dead in 1329 wasn't killed by a nasty stomach illness, as had been previously suspected; he was actually poisoned, an autopsy of his corpse reveals.

Scientists say they've found traces of digitalis, or foxglove — a beautiful but potentially heart-stopping plant — in the digestive tract of Cangrande della Scala of Verona.

At the time of his death, Cangrande had a grip on an impressive chunk of northern Italy. He ruled Verona, and through successful military campaigns, he conquered the nearby cities of Vicenza, Padua and Treviso. And Cangrande wasn't just a powerful leader in battle; a true Renaissance man, he was also the leading patron of the poet Dante Alighieri.

On July 18, 1329, Cangrande made a triumphant entrance into Treviso, months after taking control of the city. But days later, he fell ill, with symptoms that included vomiting, fever and diarrhea. He died on July 22, 1329, at the age of 38.

Don't be fooled by their beauty. Eating any part of a foxglove plant can result in painful side effects.  Credit: Megan Gannon/Live Science

Historical sources from that time said Cangrande died after drinking from a polluted spring. There were also rumors that Cangrande was intentionally poisoned, but Gino Fornaciari, a paleopathology researcher from the University of Pisa, who led the new study, told Live Science that he considered that possibility a legend.

Nearly 700 years later, scientists exhumed Cangrande from his richly decorated tomb at Verona's church of Santa Maria Antiqua and subjected his mummy to several medical investigations. They found that Cangrande suffered from a mild form of black lung and emphysema, probably because he was often exposed to smoky environments — palaces without fireplaces and military camps. The nobleman's bones also showed signs of arthritis consistent with regular horseriding.

In an examination of the mummy's digestive system, Fornaciari and colleagues found that Cangrande had consumed chamomile and black mulberry before his death. But then, they discovered something more unusual: foxglove pollen in Cangrande's rectum, as well as toxic concentrations of digoxin and digitoxin, two molecules from foxglove plants, in Cangrande's liver and feces samples.

"It was a real surprise," Fornaciari said in an email.

Even after nearly 700 years, Cangrande's body was relatively well preserved. Some of his clothing even survived. Credit: Courtesy of Gino Fornaciari
Careful doses of foxglove have historically been used for medicinal purposes, and even today, digoxin is recognized as a treatment for congestive heart failure. But the plant is extremely potent. Eating any part of a foxglove plant — its roots; drooping flowers; or long, green leaves — can induce nausea, vomiting, diarrhea, hallucinations and a potentially fatal change in heart rate. Cangrande's symptoms described in historical accounts were consistent with a foxglove overdose, Fornaciari and his colleagues said.

The study, which appears in the February issue of the Journal of Archaeological Science, doesn't completely solve the mystery of Cangrande's death. It is still possible that Cangrande's consumption of foxglove was a terrible mistake, Fornaciari and his colleagues wrote. But if the nobleman was intentionally poisoned with foxglove — perhaps disguised in a mixture of chamomile and black mulberry — there are a few likely suspects. Rival seats of power in the region, including the Republic of Venice or Ducate of Milan, may have been behind the murder. Or perhaps Cangrande was killed by someone even closer to him: Mastino II della Scala, his ambitious nephew and successor.