Valhalla: In Search of the Viking Dead 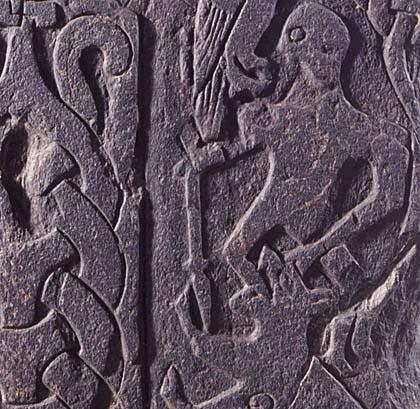 Valhalla; it's a word synonymous with the blood curdling, axe-wielding world of the Vikings and their peculiar belief in an afterlife where fallen Norse warriors drank, ate and caroused wildly with their god Odin.

Little wonder, then, that the Vikings placed great importance on the funerary arrangements that would transport them to this alluring version of the pagan afterlife.

This new exhibition, organised by Manx National Heritage, York Minster and the York Archaeological Trust, lifts the lid on this Viking paradise by looking at Viking burials, artworks, carvings and tapestries from across the British Isles as well as the advanced archaeological techniques employed to unearth and interpret them.

Star artefacts from excavations in York and the Isle of Man, including two Viking skeletons from the extensive Hungate dig in York, are used to good effect to reveal more about the lives and beliefs of these warrior-like forebears.

Similarly fine examples of Viking age stone sculpture on headstones, unearthed in-situ on the site of York Minster, offer valuable insights into Viking beliefs. A forensic examination of the Hungate skeletons yields important facts including the age, sex and cause of death of a Viking man and woman.

“This latest pathological research gives us clues about the lives that those people led," says Sarah Maltby, the Director of Attractions at the Trust.

“Combine this with osteological analysis, and we can tell the sex, age and height of a person, depending on how much of the skeleton was preserved in the ground. It can also give us clues as to how that person may have died - whether from disease, injury or from natural causes.

“Looking at this evidence, alongside artefacts found throughout the British Isles, helps tell a more accurate story of Viking Britain and our Viking ancestry.”

Another Viking skeleton, recovered from the spectacular excavation of the Balladoole ship burial on the Isle of Man, comes to life thanks to a detailed facial reconstruction.

Forensic research tells us this Viking warrior was 49 when he died in around 950 AD, making him one of the first to colonise the island.

“In archaeology, it’s through the dead that we can recreate the living, and talking about the rites and rituals of the Vikings can go some way to understanding the people themselves,” says Allison Fox, Curator of Archaeology at Manx National Heritage.

“We can even, quite literally, put a face to the dead in the case of the Viking burial at Balladoole.”

A replica of another iconic Manx artefact, the Thorwald’s Cross, features carvings that depict the transition of the Viking world of pagan beliefs to the introduction of Christianity.

Together with help from objects excavated in York, a fascinating mix emerges between the beliefs of conquerer and conquered in the 9th and 11th centuries.

In the end, the Vikings’ potent brand of paganism was eventually absorbed by a rather more benign vision of heaven. Visitors can make up their own minds as to which afterlife they would prefer to journey to. 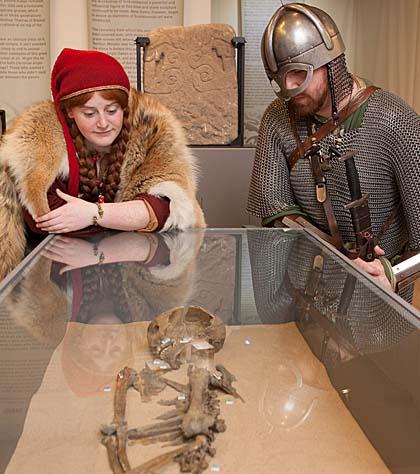 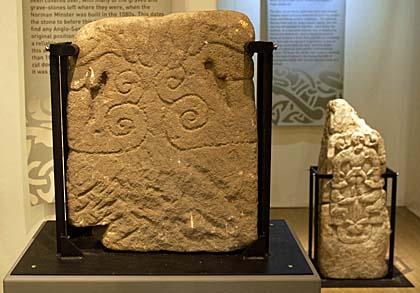 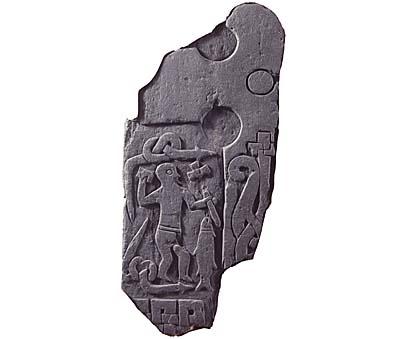 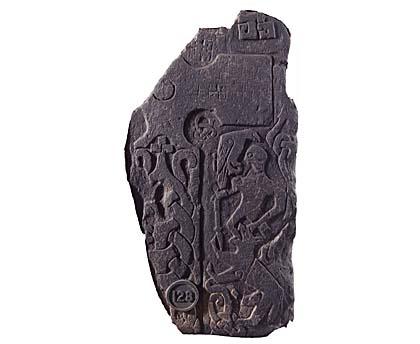 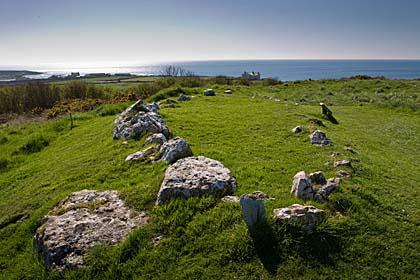