USA: People in Southwest valued caffeine even in 750 A.D. 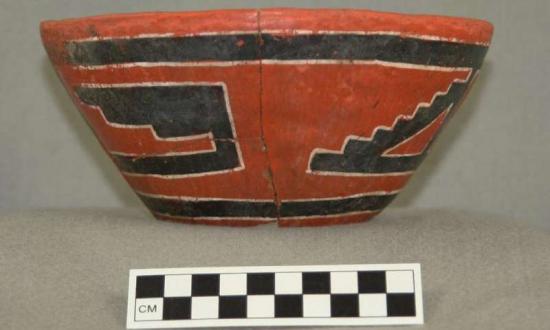 Fourmile Polychrome flowerpot-shaped vessel (Cat. No. A-28500) from Grasshopper Pueblo. Credit: Patrick D. Lyons, courtesy of the Arizona State Museum, University of Arizona
There were not large numbers of people in the eighth century living in what is now the Southwestern United States and Northwestern Mexico, but the inhabitants who were there really valued cacao and holly beverages which were both high in caffeine.
A new paper published in the Proceedings of the National Academy of Sciences titled, "Ritual drinks in the pre-Hispanic U.S Southwest and Mexican Northwest," scrutinizes how widely caffeine was used at different time periods.

"I think the primary significance is that it shows that there was movement of two plants that have caffeine in North America – that they were either exchanged or acquired and consumed widely in the Southwest," said University of New Mexico Distinguished Professor of Anthropology and lead author Patricia Crown.

The caffeine was consumed in two types of drinks. One was a cacao-based chocolate drink. The other was made from a particular species of holly, used to make what Native Americans in the southeastern U.S. called black drink. Neither plant species grows in the Southwest, and it's not completely clear what the trade routes may have been.

Crown says it is known there was some trade with Mexico because that's the closest place they could have obtained cacao, the plant that chocolate is made from. She also notes that scarlet macaws have also been found at many of the Southwestern sites, another indicator of a strong trade relationship with people in Mesoamerica. 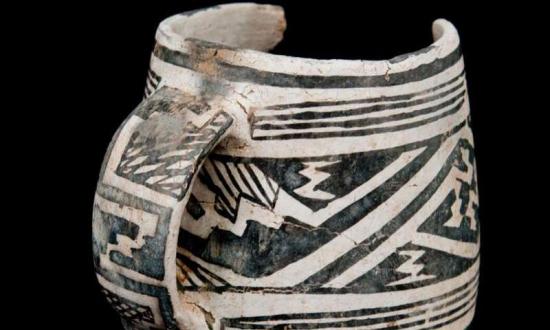 Mesa Verde black-on-white mug. Credit: Crow Canyon Archaeological Center; BLM-Anasazi Heritage Center
The holly could have come from what is now the Southern United States or from Mexico. The residues in the ceramic bowls and pitcher sherds make it difficult to be too specific about the black drink Southwestern people enjoyed.

Crown says it is probable the caffeine was consumed as part of rituals or in political contexts, as they were in Mesoamerica. Part of that theory is based on context.

In her original research on the consumption of cacao in Chaco Canyon she used sherds of pottery that came from cylinder jars. One hundred eleven of them were found in 1896 in one room of Pueblo Bonito, a large ruin in Chaco Canyon in New Mexico. Most of the cylinders are now in the collections at the American Museum of Natural History.

The new research used sherds from jars, bowls, and pitchers found at archaeological sites throughout the Southwest. In all, 177 sherds were tested and caffeine was found in 40 of the samples.

Crown and her collaborators also carefully selected sherds of pottery that were in use at different time periods so they could get a better idea of whether the trade was during isolated time periods or was fairly constant. 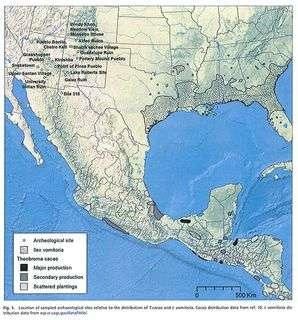 The pre-Hispanic southwest was inhabited by many different groups of people with different and distinct cultures. This research shows one thing many of them had in common was a great liking for caffeine. That liking was so strong that for at least 700 years, it was worth acquiring the plants from a great distance to get their caffeine fix.

Sort of makes it embarrassing to complain about the long line at the Starbucks drive through, doesn't it?

More information: Ritual drinks in the pre-Hispanic US Southwest and Mexican Northwest, www.pnas.org/cgi/doi/10.1073/pnas.1511799112