Twelve human trophy heads and one feline trophy head have been found in a cemetery close to Toro Muerto.

Students working with the human trophy heads in the lab in Corire, Arequipa(Photo courtesy of Beth K. Scaffidi)
Excavations by Proyecto Arqueológico Uraca (the Lower Majes Valley Archaeological Project) report uncovering twelve human trophy heads and one feline trophy head at the site of Uraca, near the town of Corire. The site is a badly looted cemetery, located close to Toro Muerto, the immense petroglyph field in Corire. Uraca’s artifacts are typical of Middle Horizon sites (around 600 – 1100 AD) in coastal Arequipa. Among the finds from the 2014-2015 field seasons were twelve human heads that were decapitated, skinned, and drilled with holes for toggled carrying cords.

Along with the human trophy heads, excavators uncovered a cat head that received the same treatment; the posterior skull was broken off, and the eyes were removed and stuffed with bright red textiles 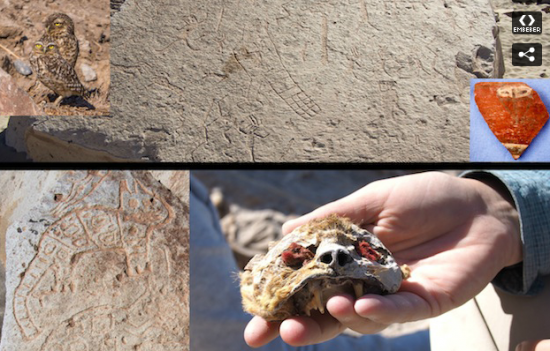 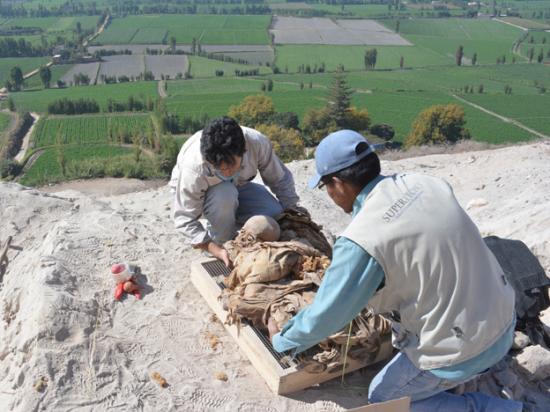 Human trophy heads are not uncommon finds during the Early Intermediate Period (200 – 700 AD) and the Middle Horizon, especially in coastal Peru. Trophy taking was common in the Nasca region, and Nasca ceramics and textiles often depict feline or bird creatures wearing trophy heads on their belts, or dangling them from their tails or claws.

Finding the feline and human trophies together at Uraca provides concrete evidence that felines were actually used in death rituals, and were not merely symbolic representations in artwork. 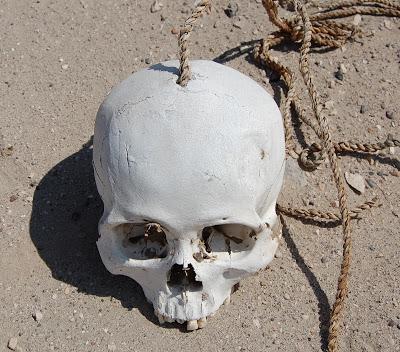 Trophy skull from the site of Uraca  [Credit: Myke Scaffidi]

Four different styles of trophy heads were found at Uraca, including Nasca-style “face-masks” and Wari-style trophies, distinguished by archaeologists based on the location of the perforation in the cranial bones.

“Finding the Nasca and Wari-style trophy heads at Uraca shows that inhabitants were influenced by their neighbors from the Nasca region to the northwest, and by the Wari Empire to their northeast,” says the project’s director, Beth Koontz Scaffidi.

The feline is likely a pampas cat, a wild feline indigenous to the area. According to the director, “the human and feline trophies may have been attached to headdresses or worn as masks, and used in dances and performances” depicted in the rock art scenes at Toro Muerto.

The researchers are currently conducting isotopic analysis and radiocarbon dating of the human tissues in order to date the trophy head styles, and determine whether the diets and geographic origins of the trophies differ from the rest of the population. For more information on the project click here or visit www.experiment.com/trophyskulls.