Ur (Irak) : The story behind the world’s oldest museum Part.2

The Curator And The King

So who was responsible for this ancient wonder full of even more ancient wonders? That honor goes to Princess Ennigaldi, the daughter of King Nabonidus, the last king of the Neo-Babylonian Empire. As was traditional for the daughters of Mesopotamian kings, her primary duties were religious in nature, both as the high priestess of the moon god Nanna and as the administrator of a school for young priestesses. It was around 530 BCE that Ennigaldi created her museum. That comes dangerously close to being everything we know about the woman behind the world's first museum. 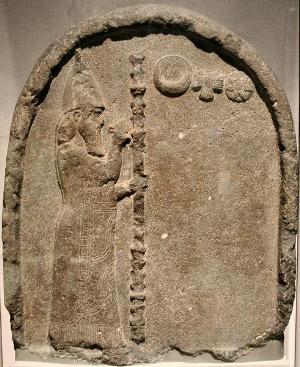 We do know that the museum was built with the support and encouragement of her father the king, who was himself a committed antiquarian and collector of ancient artifacts. It's hard to know just where his interest in the past came from, but it might have had something to do with the fact that he came from self-described humble origins and that he only sat on the throne because he had overthrown his predecessor. Without a rich regal history of his own to draw on, it's possible that Nabonidus found a substitute in the ancient city of Ur.

To that end, the king undertook what would become his most lasting contribution to archaeology, and that was the restoration of the Great Ziggurat of Ur. While we're not 100% sure what purpose this massive structure served - the best guess is that it and the other ziggurats were some sort temple - we do know that the original Sumerian ziggurat had crumbled to nothing by the time of Nabonidus, and so he decided to restore the ziggurat to its former glory (and then some). The discovery of the remains of this second ziggurat in the 19th century would be key to identifying this site as the ancient city of Ur, and in turn setting up Leonard Woolley's excavations in the 1920s. 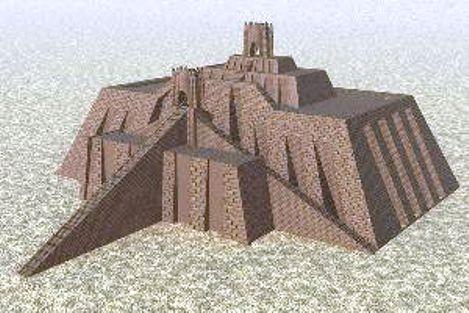 Since we don't have records direct from Ennigaldi or Nabonidus about the museum, we can only guess at why they decided to set up the museum in Ur. But in his 1927 account of his findings, "Ur Excavations: The Neo-Babylonian and Persian Periods", Leonard Woolley suspects it was just the natural outgrowth of an era that had become obsessed with its past:

That there should be a collection is altogether in accordance with the antiquarian piety of the age and especially of the ruler Nabonidus with whose daughter this building is probably to be associated. That the museum should be connected with a school is also no matter for surprise. Schools were commonly organised in temples, and some at least of the teaching was of a sort that would be fitly illustrated by specimens of antiquity. In Larsa schools we find that copies of old historical inscriptions extant in the city were regular objects of study.

As is perhaps only appropriate for a city coming to the end of over two thousand years of history, the Ur of King Nabonidus's reign was one governed by a seemingly overwhelming sense of nostalgia, a fascination with times gone by. That's not entirely surprising - even Princess Ennigaldi's school for priestesses was already 800 years old when she took over, making it roughly as old as Oxford and Cambridge are now. Ur had become one vast museum commemorating times long since gone by, so Princess Ennigaldi could perhaps be forgiven for building a home version in miniature.

Indeed, Ur was just the most extreme example of an entire empire that ran on nostalgia. The Neo-Babylonian Empire was a very conscious throwback to the past, as it represented Mesopotamia's first period of self-rules after centuries of domination by their northern neighbors. We can see it in the imperial inscriptions, as expressions dating back to at least 1,500 years earlier suddenly found themselves popping up on inscriptions, as well as choice selections from the long dead Sumerian language. Even the writing system was altered to look like it had done thousands of years ago.

In that context, the invention of the museum in 530 BCE doesn't seem particularly new or revolutionary. Instead, it seems like just more evidence of a civilization consumed by its own history and afraid to step into the future. In retrospect, they had good reason to be, considering their eastern neighbors in Persia would soon conquer the empire and Ur itself would be abandoned, likely a victim of severe drought and the vagaries of the Euphrates River.

And yet for all that cultural stagnation, Princess Ennigaldi and her father came up with an idea that is still relevant 25 centuries later. If it takes the death of your civilization's future to realize that your past is worth celebrating, preserving, and (most importantly) organizing...well, I've heard of worse trade-offs.