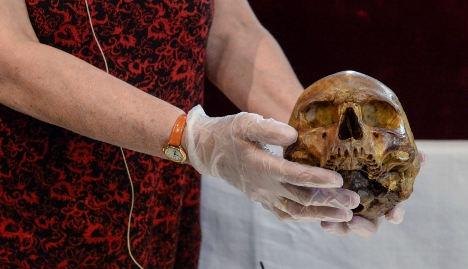 Scientists pried open the 850-year-old casket of King Erik the Holy on Wednesday, hoping to find out more about the king, his crown, and his eating habits. The casket contained the bones of King Erik, who was later made a saint, together with a gilded copper crown decorated with semi-precious stones.

"The crown is unique - there's nothing as old as this of its kind in Sweden. It's certainly the oldest medieval royal crown in the country," Åstrand said. 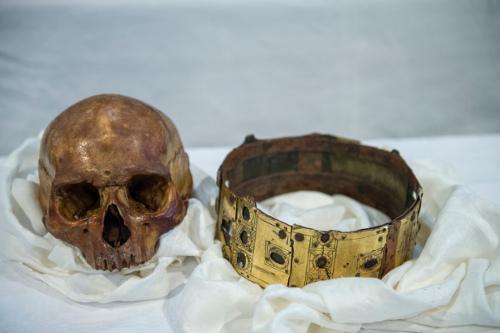 The skull together with the gilded copper crown decorated with semi-precious stones. Photo: Bertil Ericson / TT

The chaplain was also on hand when the casket was last opened in 2000, but Wednesday marks the first time scientists will carry out tests on the remains.

Among the bones was a small pouch containing what is believed to be the king's collarbone, which Åstrand said has clear evidence of a sword strike.

"Legend has it the bone damage was a fatal blow from when he was killed on ascension in 1160. Others think he was taken captive and beheaded a week later. Either way, the sword hit his collarbone, and the marking is quite visible," he explained.

A team of scientists from nearby Uppsala University will test the bones to determine the king's health, his ancestry, and even his dietary habits. Whatever the king ate should lead to conclusions about where he lived, hopefully settling an age-old debate as to whether he was an Uppsala local or from the west coast. But the answers are a long way away, Åstrand said.

"I'm no DNA researcher myself, but I can guarantee that we won't know tomorrow," he told The Local. "Maybe by the end of the year we'll know more."

The crown will be exhibited in the cathedral in June together with a slew of relics from other churches in Uppsala.