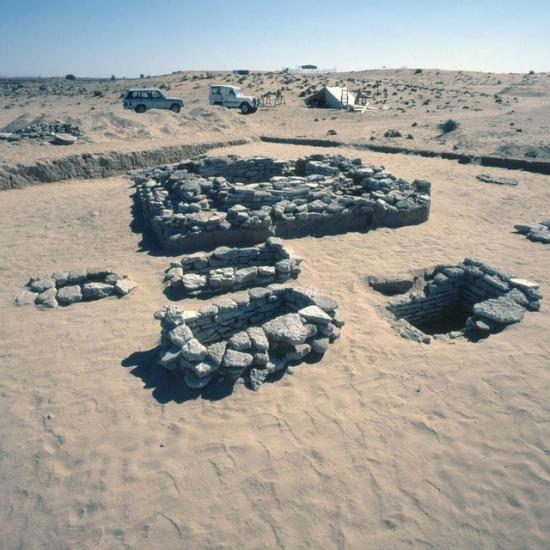 Archaeologists found swords, ovens, different types of beads and currencies from the days of Alexander the Great at the Ed-Dur Site

The discovery of 500 tombs from 2,000 years ago at the Ed-Dur Site this month found that the graves were made from stones from the sea. Pearls, iron, pottery and glassware were also uncovered, revealing the area’s trading history. Experts have hailed the discovery of burial sites and artefacts dating back 2,000 years as a significant find in the understanding of the region’s history. 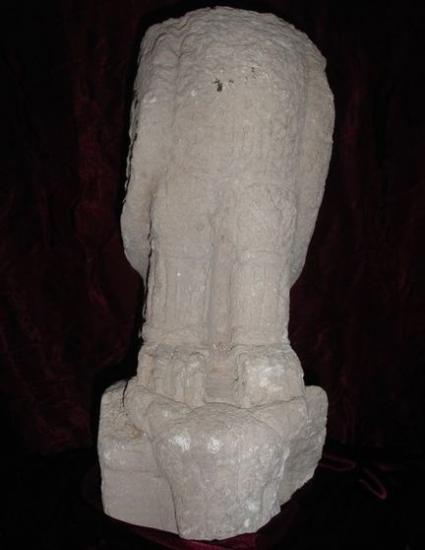 An artefact from a burial site.

This month at the Ed-Dur Site, one of the largest archaeological sites in the UAE, teams of archaeologists found about 500 tombs that date from around AD 100 near the ruins of stone houses. 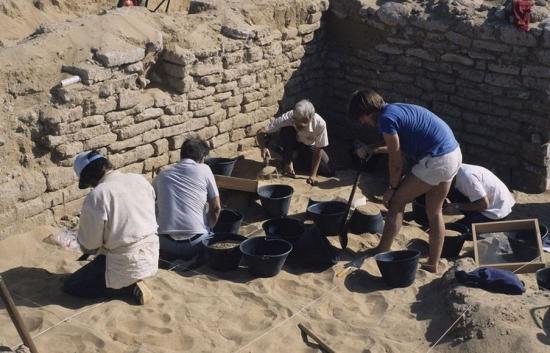 Alia Al Ghafli, head of the antiquities and heritage department in UAQ, says the graves – which were made of stones from the sea and were rectangular in shape – revealed much about the lives of the inhabitants of the region in those times. “The direction of all tombs is north-east, except one is north-west, and all of them were built beside the houses because they believed that life and life after death are one and indivisible,” she says. 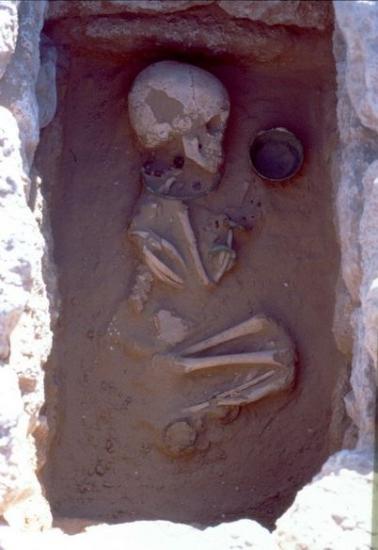 A human skeleton with what looks like a bowl

Two stone eagles were also found near a previously discovered temple that is believed to have been used to worship the sun. “Maybe they were used to decorate the entrance of the temple,” Ms Al Ghafli says. The newest excavations also uncovered pearls, iron and bronze arrowheads, pottery and glassware. “Discovering pearls in the site means that it was a port and close to the sea,” she says. “We also uncovered swords, ovens for baking, different types of beads and currencies of Alexander the Great.” The antiquities are being restored and will be put on display at the Umm Al Quwain Museum. 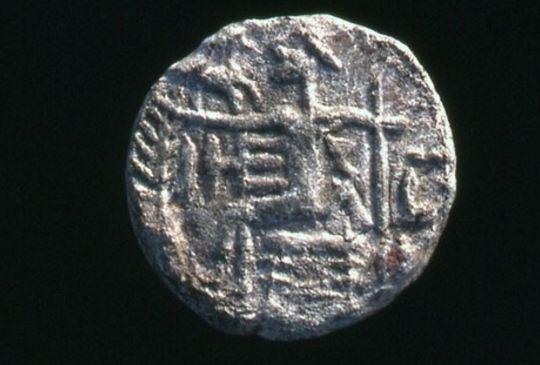 A coin found at one of the sites.

In 1973 a team of Iraqi archaeologists discovered Ed-Dur and they began excavation work in 1974, uncovering the remains of stone houses and coins. Between 1989 and 1995, further excavations found the solar deity temple, which was decorated with Aramaic inscriptions. Ms Al Ghafli says work is underway to restore the temple. The new excavations started in 2009 and have continued every year since. “The first Emirati team did the excavation in 2009, and since that year the excavations have continued annually,” she says. “In 2014, a team from GCC excavated the site and an Emirati team in 2013 and 2015.” Ahmed Al Hasawi, a 35-year-old archaeology expert, says the recent finds at Ed-Dur indicated that a thriving community existed in the region. “Among the things that have been discovered are currencies, which are evidence of [the area’s] economic strength thousands of years ago,” he says. Hamad bin Seray, an Emirati professor of history and archaeology at the UAE University, has written books on Ed-Dur and the history of the region. “The site is the only one located on the Arabian Gulf coast and it is the only site that has all antiquities,” he says.

Jewelry found at one of the sites

Prof bin Seray says studies have shown that Ed-Dur was a port for the ancient civilisation of Omana. As glazed pottery and coins from Italy, Greece, Persia, southern Iraq, India and the Mediterranean had been found there, “this means it was an international port and a connecting point between the Arabian Gulf and elsewhere”, he says. The discovery of the tombs would give archaeologists a valuable insight into the past. If you want to know the lives of people, you have to look at their graves,” says Prof bin Seray. “Because we will know how they buried their dead and the offerings they put in graves. “We can also know the diseases of people by studying the neck bones and skeletons.”Prof bin Seray added that the discoveries should make Emiratis proud of the region’s rich history.

Peter Hellyer says Ed-Dur was “one of the most important archaeological sites in the Emirates”. A columnist for The National, Mr Hellyer has published several books on UAE archaeology and he is also a former director of the Abu Dhabi Islands Archaeological Survey. Together with sites at Mleiha, in Sharjah, of the same age, around 2,000 years ago, it provides insight into the ancient trading traditions of the people of the Emirates,” says Mr Hellyer. It offers proof, for example, that trading connections stretched not only throughout the Arabian Gulf but as far away as Rome. The site also sheds light on the religious beliefs of local people before the coming of Islam. The latest season of excavations has clearly identified a number of significant new finds that will add to our knowledge of this period in Emirati history.”