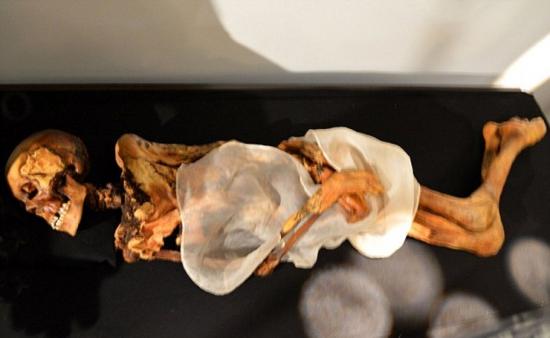 In 1993, archaeologist Natalia Polosmak and colleagues came across the 2,500-year-old mummified remains of a woman in a burial chamber in Russia's Ukok Plateau in the Altai Mountains.

Not too long ago, scientists in Siberia turned to MRI scans to study the woman's body in unprecedented detail. This technology made it possible for them to gain a better understanding of her life and the circumstances of her death.

Definitely not the luckiest person in history

Information obtained with the help of MRI scans indicates that, sometime during her childhood or her adolescence, the woman developed an infection of the bone or the bone marrow. This condition is known as osteomyelitis.

Then, when she was about 20 years old, she got cancer. Thus, researchers claim to have found evidence of a primary tumor in the woman's right breast. Besides, her lymph nodes and spine show signs of secondary cancerous formations consistent with metastases.

Seeing how this woman passed away at the age of 25, scientists argue that she most likely experienced a great deal of pain during her past few years of life. By the looks of it, the woman was in so much pain that she could not even feed properly. Hence, she was severely emaciated.

“I am quite sure of the diagnosis – she had cancer. She was extremely emaciated. Only cancer could have such an impact. It is clearly seen in the tumor in her right breast, visible in the metastatic lesion of the lymph nodes and spine. She had cancer and it was killing her,” said specialist Andrey Letyagin.

What's interesting is that, contrary to what some might assume, the woman was not killed by either of the two conditions that she was suffering from. On the contrary, it appears that she passed away after falling from her horse and suffering quite a few severe injuries.

Researchers say that, shortly before dying, the woman dislocated several of her joints and even fractured her skull in an accident. These injuries are consistent with falling from a considerable height such as from the back of a horse, The Siberian Times informs.

Scientist Andrey Letyagin and colleagues believe that the woman suffered this accident while on route to a winter camp in Siberia's Ukok Plateau. All things considered, chances are that it was the cancer that made her too weak to be able to properly ride her horse.

The woman is said to have survived the fall for about three or four months. However, she eventually succumbed to her injuries. As explained by Andrey Letyagin and fellow researchers, chances are that the breast cancer, together with the osteomyelitis, also had a say in her demise.

The 25-year-old is believed to have passed away sometime in January, maybe even March. However, judging by the stomach contents of the horse found next to her, she was only buried in June. During this time, the community watched over her body.

A rather unusual life

Seeing how she was found in the Ukok Plateau, the 25-year-old woman is often referred to as the Siberian princess or the Siberian ice maiden. Still, specialists who have had the chance to examine her say that she was most likely a shaman.

They detail that, first off, the woman had several tattoos adorning her skin. Due to the fact that her body was very well preserved in the Siberian cold, some of these tattoos are still visible today. Just scroll down and have a look at the photos below to get a better idea of what they looked like. 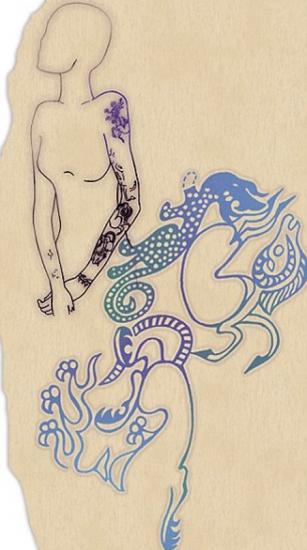 What's more, the fact that she was not abandoned when she became sick and injured but was instead well taken care of indicates that her community loved and respected her. Otherwise, they probably would not have waited until summer to give her a proper burial and would have simply disposed of her body.

The interesting part is that, according to Andrey Letyagin and colleagues, it was the fact that she suffered from osteomyelitis and breast cancer that in a really weird way helped the woman secure her position of a shaman.

Thus, the woman is argued to have used several analgesics to dull the pain caused by these conditions. Apparently, one of the analgesics that she often turned to in an attempt to feel better was cannabis. As archaeologist Natalia Polosmak put it, “Probably for this sick woman, sniffing cannabis was a forced necessity.”

It is believed that, precisely because she used cannabis to feel better, the woman often had visions. Consequently, other members of the community likely thought that she was able to communicate with all sorts of spirits and get them to do her bidding.

“She was often in altered state of mind. Her ecstatic visions in all likelihood allowed her to be considered as some chosen being, necessary and crucial for the benefit of society. She can be seen as the darling of spirits and cherished until her last breath,” said Natalia Polosmak.

Unlike other members of the Pazyryk culture that lived in this part of present-day Russia millennia ago, this woman was laid to rest not in a series of family tombs, but in a lonely mound. This indicates that she was celibate and held a special status in the community.