But who were the mysterious Paleolithic artists of these rock drawings? 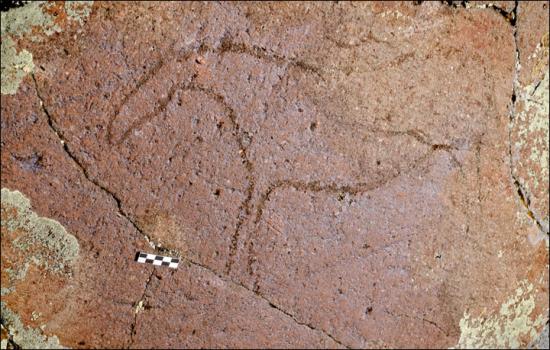 Stylistically, the drawings match the Paleolithic era, some 8,000 to 10,000 years ago. Picture: Lidia Zotkina

A new expedition to the Ukok plateau, some 2,500 metres high in the Altai Mountains close to the modern-day Russian border with Mongolia, China and Kazakhstan, has found evidence that a set of intriguing petroglyphs are far older than previously thought.

Stylistically, the drawings match the Paleolithic era, some 8,000 to 10,000 years ago. If this is true, they will be the oldest in Siberia by several millennia.

The Ukok Plateau is known for its thriving ancient societies highlighted by the elaborate burials of important people - including that of the remarkable tattooed 'Ukok princess', pictured here. But she lived far more recently on the plateau, some 2,500 years ago.

Elsewhere in the Altai Mountains, some areas have no petroglyphs at all, while certain places are like alfresco picture galleries left by our ancestors, dating from around 5,000 years ago, also less ancient than the oldest suspected Ukok images, which include pictures of horses and probably bison. 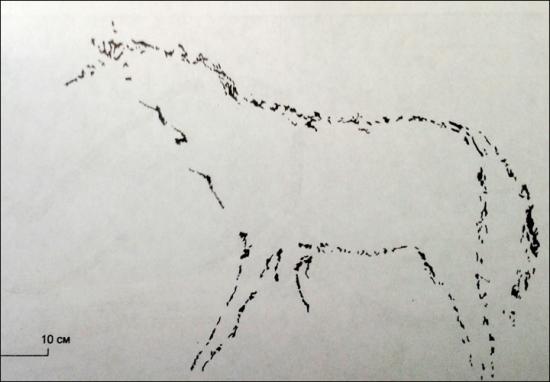 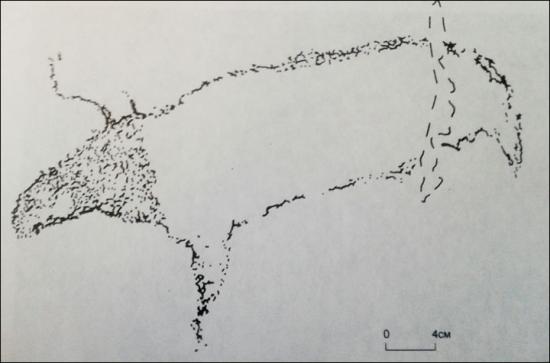 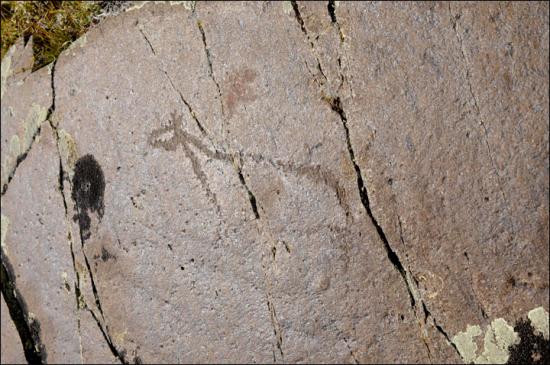 'If we had found them somewhere in France, we would not doubt they are Paleolithic, but here, in Siberia, we need to prove it.' Picture: Lidia Zotkina.  Drawings by  Vyacheslav Molodin and Dmitry Cheremisin

The site on the Ukok plateau, known as the Kalgutinskoye Mine, where a tungsten-molybdenum deposit was found, also includes more modern petroglyphs. A number of problems prevent the straightforward dating of the drawings in this wild and stunning location on the Ukok plateau, yet despite these hurdles French academics who observed the  petroglyphs this summer, like their Russian colleagues, believe them to be truly ancient.

Siberian specialist Dr Lidia Zotkina said: 'We had already worked with this site, but this year was the first stage of an international joint project with our colleagues from France. 'Between 1 and 25 July, we worked  on the plateau and now can share some preliminary results.'

She stressed that dating is complex, and further work is needed, but said: 'We believe that we managed to prove that the petroglyphs were made in the Paleolithic era - and are the most ancient in Siberia.

'When the French archaeologists first arrived on the Ukok plateau and saw the petroglyphs they said: 'If we had found them somewhere in France, we would not doubt they are Paleolithic, but here, in Siberia, we need to prove it.'

The Ukok petroglyphs are drawn onto glacier-polished rhyolite, a volcanic rock, usually on horizontal planes. Normally archeologists could obtain dates from surrounding sediments forming in clear layers, but the exceptionally windy conditions on this exposed plateau mean excavations around the  petroglyphs will not 'give a clear stratigraphy'.

The conditions on the plateau are such that 'we cannot use here the classic archaeological methods (for dating) - and need to find new and innovative ways,' explained Dr Zotkina, from Novosibirsk State University.

This year we worked with geomorphologists - their main task was to determine when the glaciers left this site - and specialists in trace analysis. According to the preliminary data, the glacier retreated as early as between 8,000 and 10,000 years ago. So that is when ancient people could access this place and create the petroglyphs.'

By using trace analysis 'we are trying to find out if the ancient masters used stone or metal implements to make the petroglyphs. Of course if we established that they used metal implements, all our theories about Paleolithic era would be disproved immediately.'

Yet the weight of evidence so far goes the other way.

'At the moment we see the use of the stone implements. It is interesting that using a 20 times microscope we found traces of scraping the surface by stone. Obviously, the ancient people made a kind of sketch with stone and only after this engraved the petroglyph.'

Remarkably, the researchers 'found tiny traces of these sketches' or templates. To test their theory, the scientists tried using the technique they believe was deployed by ancient man.

'The rock with the petroglyphs is exceptionally tough - it is rhyolite. Besides, the glacier polished them, forming a lacquer-like crust, and as a result it is very hard, almost impossible to engrave any image. One needs to prepare the surface, to break this crust first.

'We made an experiment and found that first we need to scratch the stone to prepare the surface and only then to make the engravings. We checked the traces of our scratching with the microscope and they coincided with the ancient ones.'

But who made these ancient petroglyphs?

Dr Zotkina said: 'Some big Paleolithic sites where people must have lived were not found yet. The climate on Ukok does not help to preserve such sites, so we do not know who could make these Petroglyphs, if it is correct that they are Paleolithic. But I think that it is a matter of the time. Sooner of later Paleolithic sites will be found and we will get more information about the people who could engrave these images.'