Toward the origin of America's first settlers 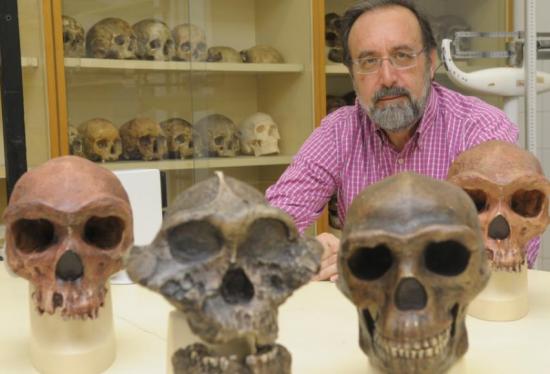 Professor Daniel Turbón is expert on on molecular and forensic anthropology and the origin and evolution of hominids.

The most supported traditional hypothesis points out that the earliest well-established human culture in the North American continent were the Clovis, a population of hunters who arrived about 13,000 years before present from North-East Asia through the Bering Strait, and scattered over the continent.

A new genetic study of South American natives, published on the journal PLOS Genetics, provides scientific evidence to reformulate the traditional model and define new theories of human settlement of the Americas. Professor Daniel Turbón, from the Department of Animal Biology of the UB, is one of the authors of this international research, led by Lutz Roewer (Charité - University Medicine, Berlin). Eduardo Arroyo-Pardo and Ana Maria López Parra (Complutense University of Madrid) also sign the paper.

Which was the earliest well-established culture in America?

This new research is based on the analysis of male Y-chromosomal genetic markers in about one thousand individuals, representing 50 tribal South American native populations. According to the authors, the extant genetic structure of South America native populations is largely decoupled from the continent-wide linguistic and geographic relationships. This finding evidences that the initial human settlement of the Americas was not a single migration process —regardless of whether it took place through the Bering Strait—, but rapid peopling, followed by long periods of isolation in small tribal groups.

Profesor Daniel Turbón, expert on molecular and forensic anthropology and the origin and evolution of hominids, states that "Probably, America is one of the most recent examples of human settlement of a large continent. For scientists, it constitutes an excellent laboratory to compare the methodological tools used on genetic and population studies. Even if it has been widely held, the hypothesis of a single migration movement to explain the origin of America's settlers is a reductionist view which is more and more questioned". 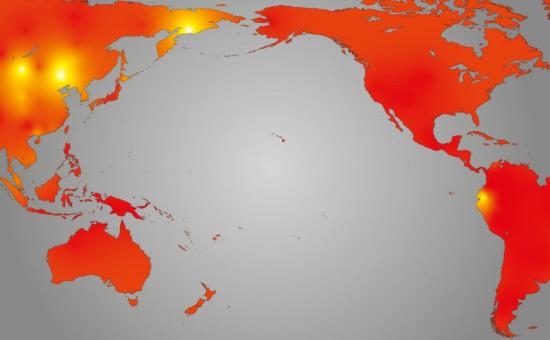 According to the research, the extant genetic structure of South America native populations is largely decoupled from the continent-wide linguistic and geographic relationships.

Authors analyse the genetic variation of every male individual by means of a series of Y-chromosomal genetic markers: to be exact, 919 subjects (91 % of the total) were typed for the 16 most common single nucleotide polymorphisms (SNP) in South America, and for the 17 short tandem repeat (STR) most widely used in forensic anthropology. The analysis of polymorphisms enabled to determine each individual's geographical origin and to compare these data with other populations from North and Central America.

The research presents also a powerful international database on forensic genetics based on relevant collective studies (with native atomized small populations) developed by the international co-authors. The experts Francesc Bert and Alfons Corellas, both authors of doctoral theses supervised by Professor Daniel Turbón, also represent UB's participation in the research.

"Nowadays, science is strongly atomized", affirms Turbón. "On the one hand, many published researches are based on small population samples and use few genetic markers. That prevents us to observe the global scene. On the other hand, there are some macro genetic studies that show a wider scene, but it is difficult to compare them due to methodological reasons. Studies with biological samples are also carried out; samples come from hospitals located at large population centres with a high hybridization level. Native communities, which usually live on a more isolate way, are becoming scarcer". 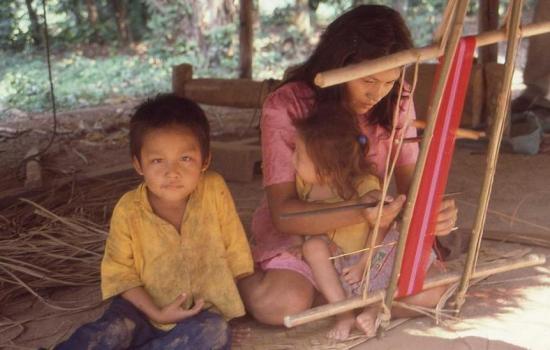 The research also identifies a lineage which has not been described to date in North and Central American populations. Credit: Francesc Bert

Native communities in danger of extinction

The paper published on PLOS Genetics identifies also a lineage which has not been described to date in North and Central American populations: C-M217 (C3*) haplotype, which occur at high frequency in Asia. Moreover, experts detected a Polynesian lineage in Peru.

International scientific community face the exciting challenge of discovering the origin of America's first settlers. This new publication shapes some alternatives to the hypothesis of a single migration movement —which denies any trans-Pacific migration with remarkable effects on population's genetics— as a model to describe America's population origin.