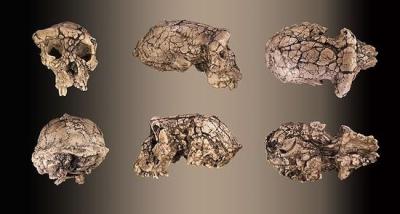 The fossiliferous area of Toros-Menalla (TM) (Djurab Desert, northern Chad) has yielded one of the richest African mammal faunas of the late Miocene. It is also the place where the earliest known hominin,Sahelanthropus tchadensis, was found. Although more than 300 localities are recorded in that area, previous paleoecological studies focused only on the largest and richest one. The integration of the material from other TM localities, and thus of a significant number of mammal taxa, is crucial to improve the corresponding paleoenvironmental reconstructions. Before such inferences can be drawn, it is necessary to test for the ecological integrity of these mammal assemblages: how many paleocommunities do they represent?

The faunal structures of several assemblages selected for their apparent resilience to sampling biases are compared here. The criteria used in the inter-assemblage comparison are ecological diversity, taxonomic structure (taxonomic rank of abundance) and taxonomic composition. Based on multivariate analyses, two groups of TM assemblages can be distinguished. One of them contains the hominin-bearing assemblages. It is taxonomically richer and shows a wider ecological spectrum than its counterpart. The degree of taphonomic alteration undergone by the TM assemblages, as well as the distribution of amphibious mammals among them, suggest different depositional settings for these two groups of assemblages, the richest of which was probably associated with lower hydraulic energy. Overall, it seems that the TM assemblages recorded the same mammal paleocommunity preserved in two contrasted depositional settings. Moreover, the spatial overlap of these assemblages provides further evidence for the mosaic character of the landscape associated with S. tchadensis.