Tonina (Mexique): New assessment of recently found Mayan pyramid puts it up among the biggest

Veil lifted ... What was once thought to be a hill has emerged as one of the Mayan civilisation’s largest pyramids. Source:Supplied

Five years after its discovery, excavations of a Mayan pyramid in Mexico have revealed it to be the among largest yet found.

At 75m tall, the acropolis of Tonina Chiapas in southern Mexico has 208 stone steps leading from its base to its apex.

This places it firmly in the same league as the famous “Pyramid of the Sun” in Teotichuacan, a 225m wide monstrosity varyingly reported as either 75m or 65m tall. 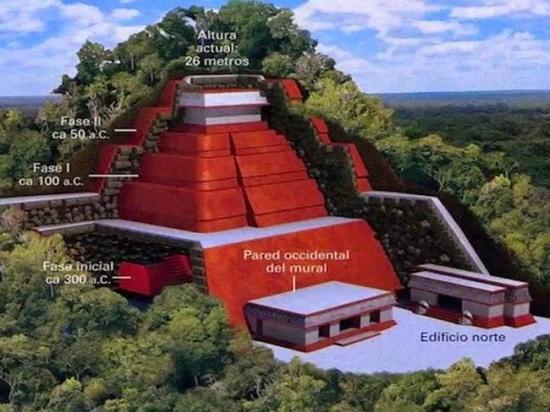 Tonina Chiapas ... An earlier impression of what the temple may look like. Source: Supplied

Recent excavations have proven the Mayan city at Tonina to be double the size previously anticipated. It is also being described as unique in that the city has seven clearly defined districts within its 10-12ha boundary, each dedicated to a different purpose — such as palaces, temples, housing and administration.

The site has been classified as one of Mexico’s most important, with more than 300 hieroglyphic texts so far identified. 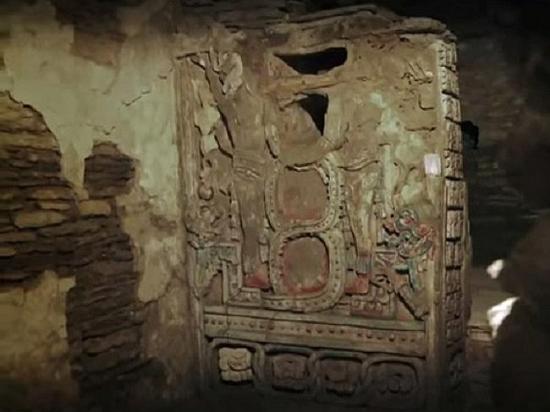 Tale in stone ... An engraved wall found in one of the pyramid’s chambers. Source: Supplied

Previously, it had been thought the Tonina temple had been built on a hill.

“It’s a big surprise to see that the pyramid was done almost entirely by the architects and therefore is more artificial than natural,” Emiliano Gallaga, director of the archaeological zone, told local media.

“This is because it was believed that almost every hill was a natural mound, but recent evidence has revealed that it was almost entirely built by the ancient inhabitants.” 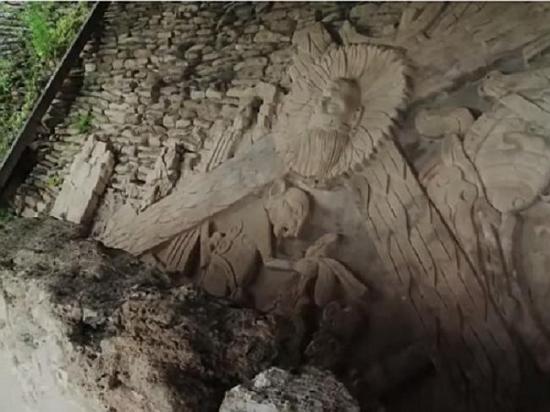 Out of the rubble ... Some of the extraordinary stonework being uncovered at Tonina. Source: Supplied

A stone sarcophagus was found at the site earlier this year and has since been dated to 840-900AD. Inside were found the remains of bones and pottery, though an identity has not yet been established.

However, a hieroglyphic text found on a wall a few months ago has been found to carry the full name and a portrait of the Mayan chief who built the most important fortified house in the city, K’inich B’aaknal Chaahk — the sixth ruler of the 14 known to have ruled the city.

“This wall is fundamental to understand a chapter of Tonina history between 680 and 715 AD, when the 6th seignior appears in the dynastic sequence of the site,” says archaeologist Dr Carlos Pallan Gayol.

“To present, it is known that K’inich B’aaknal Chaahk was the ruler with greater politic and hegemonic power in Tonina, a city known in its times as Po’ (white in Mixe-Zoque language).”

Behind the wall was found a throne and inscriptions holding the dates of March and June of AD708.

It is hoped translation of further hieroglyphs will help produce an understanding as to why the Mayan civilisation collapsed, researchers say. 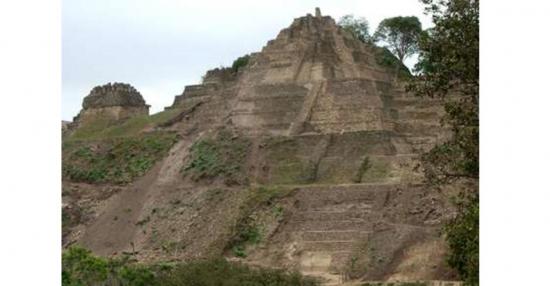