Thorikos (Grèce): Some 5000 years ago, silver mining on the shores of the Aegean Sea

At the foot of the Mycenaean Acropolis of Thorikos, dominating the natural harbor of Lavrio, in Greece, a French team of mining archaeologists supervised by Prof. Dr Denis Morin of the University of Lorraine (EA 1132), connected with the UMR CNRS 5608 (UMR National Center for Scientific Research 5608) of Toulouse, has just discovered an inextricable network of galleries, shafts and chambers. 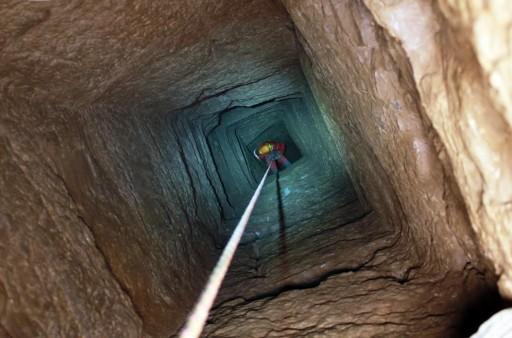 About 5 kilometers of subterranean conduits dug in the marble and the limeschists of Attica have been explored and surveyed. These lead to labyrinths of complex mining works the height of which often does not exceed 30 cm. It constitutes at present the widest underground network explored in this part of the Aegean world. The scientists also employed a drone to locate above-ground installations connected to the mining. It is the first time that such complex mining infrastructure is studied.

These subterranean investigations are part of a larger archaeological research program on the site of Thorikos directed by Prof. Roald Docter of Ghent University under the auspices of the Belgian School at Athens, the University of Utrecht and the Ephorate of Eastern Attica.

Denis Morin on this discovery: “today, it is difficult to imagine the extreme conditions in which the miners had to work in this maze of galleries. A smothering heat reigns in this mineral environment. The progress of the underground survey requires a constant vigilance in this stuffy space where the rate of oxygen must be permanently watched. Tool marks on the walls, graffiti, oil lamps, and crushing areas give evidence of the omnipresent activity of these underground workers. The hardness of the bedrock and the mineralizations show the extreme working conditions of these workers, for the greater part slaves, sentenced to the darkness and the extraction of the lead-silver ore … Mapping these cramped, complex and braided underground networks, the ramifications of which are sometimes located at several levels, represent a real challenge in scientific terms”.

Underground, the morphology and the organization of the mining infrastructure allow to distinguish several phases of activity. The archaeological data gathered and observed during the latest phase of the 2015 campaign: pottery, stone hammers made of a volcano-sedimentary rock quarry, point towards a high dating for the earliest phase of mining activities in the area (Late Neolithic / Early Helladic: around 3200 BC). If future research confirms this hypothesis, the chronological framework of mining in the region of Attica and the Aegean world would be profoundly modified. 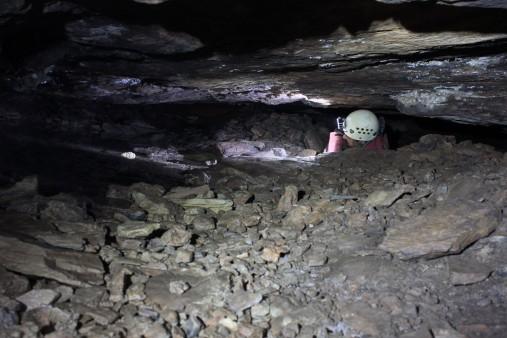 Thorikos: (Greece) Prehistoric mining works during exploration phase. Stoping area in flat bedded formation: the mineralization is to be located between two strata. On the floor, heap of waste deposits abandoned by the miners. Photograph: D. Morin

The Classical phase is by far the most perceptible; omnipresent, it is remarkable by the regularity of the sections of divided galleries that cover the whole space. Fragments of pottery and oil lamps, and even a Greek inscription engraved on a wall, testify to the activities in this period. Conduits cut with pointed tools, of quadrangular shape, cutting of the rock in successive stages, such are the characteristics of these particularly well organized mining works.

This resumption of the works at the end of Classical period (4th century BC) is dated by the tool marks in the galleries and the ceramic remains. Shafts discovered inside this network connect two main levels of mineralization’s, and hence of extraction. Of perfect geometrical architecture, executed to the millimeter, their technique of construction is still investigated by the archaeologists.

Today, these shafts are only accessible using techniques of alpine caving. A certain number of these abandoned galleries has remained untouched over the last 5000 years. Others, which are now inaccessible, had been entirely banked up during successive phases of mining. Progressing in these galleries remains difficult for the experienced archaeologists, wearing high-tech equipment, in a stifling atmosphere with temperatures up to 21°C.

The mine that has been discovered in Thorikos is exceptional in its lay-out and extension. Up to now mining archaeologists working in the Laurion area did not explore such a complex network of galleries and mining infrastructure. They show the physical capacities and skills of the ancient miners to exploit these complex ore deposits and to assure ore dressing activities outside the mine from the Prehistory on. It testifies to a deliberate strategy and to perfect technological and spatial control over the process: an exceptional concentration of means to extract silver and a sophisticated technical system that in its scale is unique within the ancient world.

Already exploited since the 4th/3rd millennium BC, by the 5th and 4th centuries BC these silver mines constituted the most important mining district of Greece, laying at the basis of Athens’ domination of the Aegean world.

The 2015 underground survey campaign brought new information on the mining techniques developed since the first metal ages in this strategic zone of the eastern Mediterranean. The ongoing research not only aims to survey these subterranean remains, but it will also allow to understand the mining technologies of these early periods, the management of mineral resources, their extraction and processing as well as the circulation of the end products… These achievements of human ingenuity already foreshadow the technological advances of the Middle Ages.