The surprisingly sticky tale of the Hazda and the Honeyguide Bird

A Hadza man gathers up his honey harvest, and burns the extra comb. (Photo: Brian Wood)

In the tree-strewn savannah of northern Tanzania, near the salty shores of Lake Eyasi, live some of the planet’s few remaining hunter-gatherers. Known as the Hadza, they live in Hadzaland, which stretches for about 4,000 square kilometers around the lake. No one is sure how long they’ve been there, but it could be since humans became human. As one anthropologist put it in a recent book, “their oral history contains no stories suggesting they came from some other place.”

Anthropologists have been scrutinizing the Hadza for centuries, seeking in their stories and behavior windows to the past. The Hadza themselves, at least at times, subscribe to a food-based method of self-understanding: they describe their predecessors based on what, and how, they ate. The first Hadza, the Akakaanebe, or “ancestors,” ate raw game, plentiful and easily slain–as one ethnographer relays, “they simply had to stare at an animal and it fell dead.” The second, the Tlaatlaanebe, ate fire-roasted meat, hunted with dogs. The third, the Hamakwabe, invented bows and arrows and cooking pots, and thus expanded the menu.

The Hamaishonebe, or “modern people”—the people of today—have a variety of meal strategies. Hadza hunting and gathering grounds are shrinking, under pressure from maize farms, herding grounds, and private game reserves, and some work jobs and buy food from their neighbors. But between two and three hundred of the 1300 Hadza remaining still survive almost entirely on wild foods: tubers, meat, fruit, and honey. 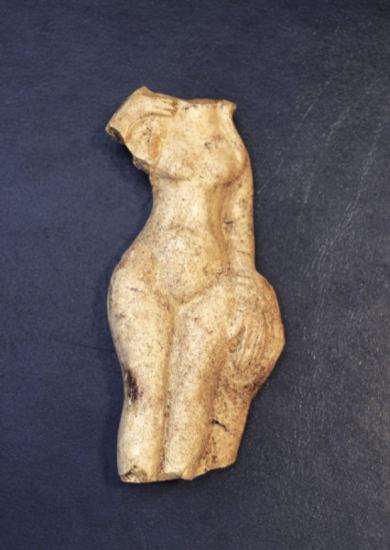 Of these staples, honey is the Hadza's overwhelming favorite. But beehives, located high up in thick-trunked baobabs and guarded fiercely by their stinging occupants, are hard to get at, and even harder to find. Enter the greater honeyguide, an unassuming black and white bird about the size of a robin. Greater honeyguides, a distinct species within the honeyguide family, love grubs and beeswax, and are great at locating hives. This is a boon for the Hadza, who, according to some estimates, get about 15 percent of their calories from honey.

When Hadza want to find honey, they shout and whistle a special tune. If a honeyguide is around, it’ll fly into the camp, chattering and fanning out its feathers. The Hadza, now on the hunt, chase it, grabbing their axes and torches and shouting “Wait!” They follow the honeyguide until it lands near its payload spot, pinpoint the correct tree, smoke out the bees, hack it open, and free the sweet combs from the nest. The honeyguide stays and watches.

It’s one of those stories that sounds like a fable—until you get to the end, where the lesson normally goes. Then it becomes a bit more confusing.

When Brian Wood, an assistant professor of biological anthropology at Yale, first heard about the honeyguide as a graduate student, he was surprised. Mutualism—when two different species interact in such a way that both of them benefit—is a main engine of the natural world: plants and pollinators need each other, as do gut microbes and mammals. But although people have played active roles in mutualisms in the past (domestication is likely the result of early agreements between, say, our and dogs’ wilder ancestors) such relationships between contemporary humans and untamed animals are practically unheard of. “This vague story of an amazing bird that flies in front of people and helps them find honey—it was almost too much to believe,” Wood says.

In 2004, though, Wood’s graduate work took him to Hadzaland. There, he followed the hunter-gatherers through the forest, studying what they ate and how they got it. “I had always imagined my work would be focusing on people sharing with other people,” Wood says—but, to his surprise, “a great deal” of Hadza foraging trips involved looping in a honeyguide. When Wood crunched the numbers later, he found that the birds were incredibly helpful. Not only did they lead foragers to more bee’s nests in a shorter amount of time, they found bigger, better nests for them, too. “My numbers indicate that anywhere from 8 to 10 percent of [the Hadza’s] whole diet is basically found with the help of this bird,” Wood says.

This wasn’t even the most startling part: the bird did this, Wood discovered, without the “mutual” part of the mutualism. Thanks to Hadza custom, the birds weren’t guaranteed any reward. Indeed, the Hadza were committed to stiffing their helper, meticulously destroying any grubs or wax that the honeyguide might make a meal from.

“I can go back into my notes to one of the very first times I was following a Hadza man,” Wood says. “I wrote down, ‘He’s taking the honeycomb and throwing it into the bush… he just grabs a handful of bee larvae and honeycomb and throws it into a tree.’” The second time, Wood says, the same thing happened: “He actually dug a hole and shoved the honeycomb that remained into it, and buried it.”

“I asked the Hadza guy to explain what was happening,” Wood says, “and his explanation was simply that they don’t want the honeyguide to get too full.” This would have impaired the bird's work for the next day, according to the Hadza. Over and over, Wood watched foragers hide, bury, or burn excess wax, even when the birds were nowhere to be seen. In one video taken by Wood, a young man named Koyobe chews on some comb while detailing his reasoning. “If the honeyguide eats, she gets full,” he tells Wood, in Swahili. “Then she just would sit. She wouldn’t call.” Next to him, the remnants of a bee’s nest smolder in a fresh fire.

This fascinated Wood for a number of reasons. Ecologically, it meant the alliance wasn’t an equitable mutualism, but a less balanced type of relationship he calls manipulation. The term, familiar from human relationships, is basically the same in biology. In the words of the paper Wood published on his research, manipulation is “an act by partner A that causes partner B to alter its behavior in a way that is beneficial to A and marginally costly to B.”

Speculatively, it spurred thoughts of how such a relationship may have evolved. “I could imagine, for example, an early homo habilis or perhaps even an australopithecine already being an expert honey collector,” he says, the proto-honeyguide scrounging after the proto-human until the power balance shifted to bring the birds in as active partners, and then shifted again to cut them out. Anthropologically, it shed light on some more obscure aspects of Hadza mythology, where the honeyguide appears as a trickster in folktales and songs. 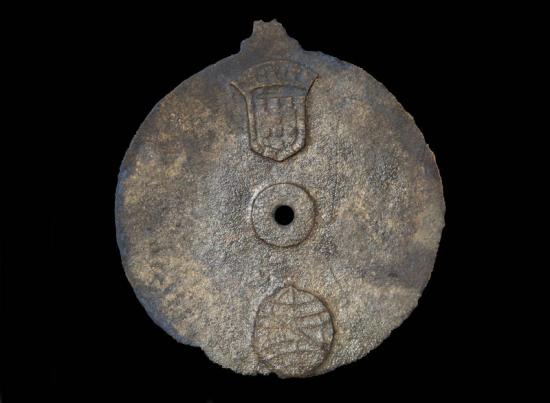 And empathetically, like many traditions, it clued Wood into the particular pressures of Hadza life. In a society where your human neighbor’s next meal depends on a bird staying hungry, refusing to feed it is, as Brian sums up, “the good thing to do.” It’s less about interspecies greed, and more about keeping the communal tools sharp.

Wood spent hundreds of hours tailing Hadza men, watching them forage and asking them why they did what they did. After seven years of annual trips to Tanzania, he and three coauthors gathered up their data and set out to make sense of it.

When they submitted their study for publication in late 2013, they fit as much as they could into it—detailed descriptions of the Hadza-honeyguide relationship, theories about how it arose, statistical proof of its efficiency. They ended their introduction on a cheerful note: “We hope this study will help foster an appreciation for the diverse ways in which people like the Hadza engage and influence their ecosystems, embedded in a full suite of species interactions.”

Search for honeyguides in the thickets of the internet, and you may be led to Wood’s research. But you might also run into a sweeter narrative. The Hadza aren’t the only people who team up with the greater honeyguide. Its range extends throughout sub-Saharan Africa, and other groups outside of Tanzania (in Kenya, the Congo Basin, and Mozambique, to name a few) have their own relationships with it. These relationships have fascinated visitors for centuries, particularly those with cameras.

These made-for-TV depictions are different than Wood’s, featuring sweeping aerial shots and voiceover narration. But most tell similar stories right up until the very end, where, on TV at least, the bird tends to get its due. On Discovery’s “Human Planet,” for example, two Maasai boys leave their feathery convoy a big chunk of comb. As the narrator says, they “know they have to pay their guide.”

If you’ve come across the BBC show “Trials of Life,” you might have even watched the exuberant David Attenborough share honey with the Kenyan bird who led him to a chock-full tree. “If the bird hadn’t shown us where this bee’s nest was, we would have never gotten this sweet reward,” he says, his mouth full of it. “But then, if we hadn’t broken open a bee’s nest, the bird would never have been able to get into the honey. Since it is a partnership, it’s only fair that the bird should get a reward. So it’s the custom in these parts not to take all the honey, but to give some of it to the bird.” He molds a piece of waxy comb around the tip of the spear stuck in the ground, and is on his way.