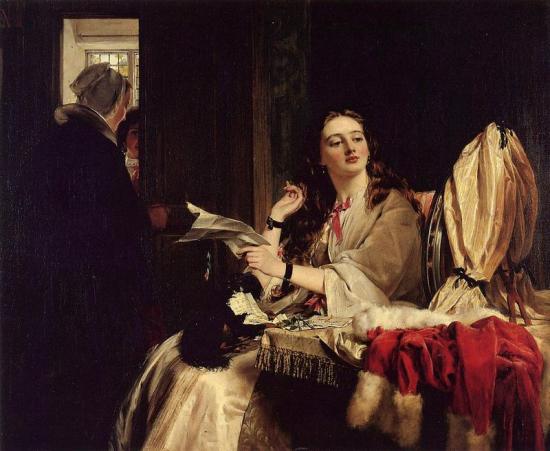 Forget roses, chocolates and candlelight dinners. On Valentine's Day, that's rather boring stuff -- at least according to ancient Roman standards.

Imagine half-naked men running through the streets, whipping young women with bloodied thongs made from freshly cut goat skins. Although it might sound like some sort of perverted sado-masochistic ritual, this is what the Romans did until 496 A.D.

Indeed, mid-February was Lupercalia (Wolf Festival) time. Celebrated on Feb. 15 at the foot of the Palatine Hill beside the cave where, according to tradition, the she-wolf had suckled Romulus and Remus, the festival was essentially a purification and fertility rite.

Directed by the Luperci, or "brothers of the wolf," the festival began with the sacrifice of two male goats and a dog, their blood smeared on the faces of Luperci initiates and then wiped off with wool dipped in milk.

As thongs were cut from the sacrificed goats, the initiates would run around in the streets flagellating women to promote fertility.

Finally, in 496, Pope Gelasius I banned the wild feast and declared Feb. 14 as St. Valentine's Day.

But who was St. Valentine? Mystery surrounds the identity of the patron saint of lovers.

Indeed, such was the confusion that the Vatican dropped St. Valentine's Day from the Catholic Church calendar of saints in the 1960s.

There were at least three men by the name Valentine in the A.D. 200s and all died horrible deaths.

One was a priest in the Roman Empire who helped persecuted Christians during the reign of Claudius II. As he was imprisoned, he restored the sight of a blind girl, who fell in love with him. He was beheaded on Feb. 14.

Another was the pious bishop of Terni, also torturted and beheaded during Claudius II's reign.

A third Valentine secretly married couples, ignoring Claudius II's ban of marriage. When the priest of love was eventually arrested, legend has it that he fell deeply in love with his jailer's daughter.

Before his death by beating and decapitation, he signed a farewell note to her: “From your Valentine.”

Apart from legend, the first connection between romance and February 14 goes back to Geoffrey Chaucer (1340?-1400), the English poet and author of The Canterbury Tales.

In his poem Parliament of Fowls (1382), Chaucer suggested that St. Valentine's Day was the time when birds chose their mates.

"For this was Seynt Valentyne's Day. When every foul cometh ther to choose his mate," he wrote.

Some 33 years later, Duke Charles of Orleans wrote what is considered the oldest known valentine in existence.

Imprisoned in the Tower of London after being captured by the English, in 1415 Charles wrote his wife, Bonne d’Armagnac, a rhyming love letter, which is now part of the manuscript collection in the British Library in London.

The first two lines of the poem were:

It was an intense but unfortunate love: Bonne d’Armagnac may never have seen him again. She died before Charles' return to France in 1440.