The role of men in the modern world

The role of men in the modern world 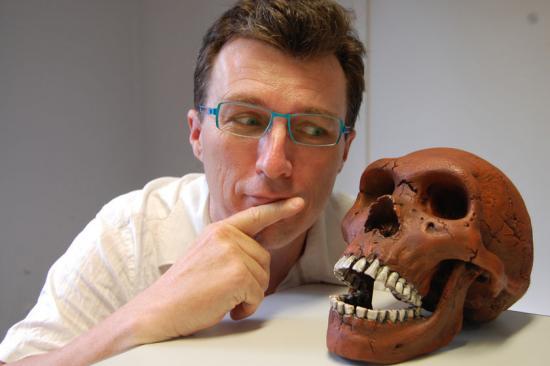 It's a brave man who asks, 'Why are men these days such losers?'

But self proclaimed 'manthropologist' Peter McAllister, is doing just that.

The archaeologist and author is convinced he knows why men just aren't what they used to be and he says there's no shortage of people lining up to hear the answer.

"My experience has been if you discuss the topic with women, their immediate response is, well, duh!"

Mr McAllister uses archaeology, anthropology and evolutionary psychology to explain that men these days just aren't cutting it compared to their counterparts 2,000 years ago.

He says one doesn't have to be a man to be a 'manthropologist' but it helps if the issue isn't muddied by gender bias.

"I am trying to show that we can face the issue like men so I suppose being a man does help," he said.

Mr McAllister says there's a misunderstanding that today's men are better than those from days gone by.

"People think that men are so much smarter and healthier and stronger nowadays, because they are comparing themselves to people 50 or 80 or 100 years ago," he said.

"It's true we are much better nourished and we are physically taller and stronger than people 100 years ago, but if you go much further back that doesn't seem to be the case.

"This view that we are so superior is because we compare ourselves to the generations just before us when in fact they were much worse than the generations back in time."

Mr McAllister says the Ancient Greeks had the right formula.

"The Greek trireme rowers about 2,000 years ago set records and travelled at speeds that trained athletes and rowers can't even get close to today. The reality is they were very small in stature compared to modern men these days," he said.

So what is going on?

Mr McAllister says an overall lack of engagement with the environment could be to blame.

"Much of it is ontogenetic, it has to do with failure to expose ourselves to pressure from the environment that causes us to grow and live up to our genetic potential," he said.

"I can give you a very specific example of that. If you look at the strength of our bones, we have lost about 40 per cent of our bone mass compared to very early human beings like Homo erectus.

"Take teenage tennis players. We know that if kids are exposed to the same kind of stressful physical environment that ancient humans used to be that teenage tennis players end up having arm bones almost as thick as Homo erectus. This shows that humans still have the capacity develop such strength but most of us just don't need to."

He says the development of the so-called 'new father' role model who spends a large proportion of his time caring for his children, isn't as new as pop culture experts would have us believe.

"We all think that we are becoming such great fathers who are prepared to look after our children but some races have been doing it for centuries.

"The Aka Pygmy men alive today are essentially a pre-modern culture. Those fathers spend 47 per cent of every day within a metre of their children so they are spending most of their day hugging their children. This isn't a new phenomenon.

"There were men who were living in the past who were much better fathers."

Mr McAllister says Australian men are doing no better or worse than any other man around the world.

"The average Australian male I think does not live up to his inflated view of himself," he said.

"I spoke to an Australian army trainer who told me that from the 80s on they started to get a lot of blokes coming through who would flunk basic training because they would get cracks in their shins or shins splints.

"He said it was because prior to that the kids had all worn no shoes or hard soled leather shoes up until the 70s but from the 70s on they all wore cushioned runners and their bones didn't develop any strength."

It's not all bad news.

"There are ways in which we are getting better. We are getting more physically fit but we are only now just starting to recapture things that were taken for granted a few hundred years ago."

"There is a lot of disadvantage in those communities as well but genetically they are very advanced in their abilities. Modern day Aboriginal men still have eye sight that is four times as good as that of Caucasian men so that's a genetic phenomena."

Mr McAllister says it's up to modern males to look backwards, rather than forward, when it comes to doing things better.

"There is a lot of fascinating and thrilling and interesting evidence out there as to what men in the past really could do. Why they were stronger, why they were quicker and so on. It's worth listening to because history can give us a lot of pointers as to how we can recapture that glory," he said.