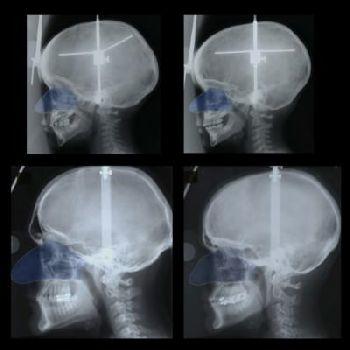 Human noses come in all shapes and sizes. But one feature seems to hold true: Men's noses are bigger than women's.

A new study from the University of Iowa concludes that men's noses are about 10 percent larger than female noses, on average, in populations of European descent. The size difference, the researchers believe, comes from the sexes' different builds and energy demands: Males in general have more lean muscle mass, which requires more oxygen for muscle tissue growth and maintenance. Larger noses mean more oxygen can be breathed in and transported in the blood to supply the muscle.

The researchers also note that males and females begin to show differences in nose size at around age 11, generally, when puberty starts. Physiologically speaking, males begin to grow more lean muscle mass from that time, while females grow more fat mass. Prior research has shown that, during puberty, approximately 95 percent of body weight gain in males comes from fat-free mass, compared to 85 percent in females.

"This relationship has been discussed in the literature, but this is the first study to examine how the size of the nose relates to body size in males and females in a longitudinal study," says Nathan Holton, assistant professor in the UI College of Dentistry and lead author of the paper, published in the American Journal of Physical Anthropology. "We have shown that as body size increases in males and females during growth, males exhibit a disproportionate increase in nasal size. This follows the same pattern as energetic variables such as oxygenate consumption, basal metabolic rate and daily energy requirements during growth."

It also explains why our noses are smaller than those of our ancestors, such as the Neanderthals. The reason, the researchers believe, is because our distant lineages had more muscle mass, and so needed larger noses to maintain that muscle. Modern humans have less lean muscle mass, meaning we can get away with smaller noses.

"So, in humans, the nose can become small, because our bodies have smaller oxygen requirements than we see in archaic humans," Holton says, noting also that the rib cages and lungs are smaller in modern humans, reinforcing the idea that we don't need as much oxygen to feed our frames as our ancestors. "This all tells us physiologically how modern humans have changed from their ancestors."

Holton and his team tracked nose size and growth of 38 individuals of European descent enrolled in the Iowa Facial Growth Study from three years of age until the mid-twenties, taking external and internal measurements at regular intervals for each individual. The researchers found that boys and girls have the same nose size, generally speaking, from birth until puberty percolated, around age 11. From that point onward, the size difference grew more pronounced, the measurements showed.

"Even if the body size is the same," Holton says, "males have larger noses, because more of the body is made up of that expensive tissue. And, it's at puberty that these differences really take off."

Holton says the findings should hold true for other populations, as differences in male and female physiology cut across cultures and races, although further studies would need to confirm that.

Prior research appears to support Holton's findings. In a 1999 study published in the European Journal of Nutrition, researchers documented that males' energy needs doubles that of females post-puberty, "indicating a disproportional increase in energy expenditure in males during this developmental period," Holton and his colleagues write.

Another interesting aspect of the research is what it all means for how we think of the nose. It's not just a centrally located adornment on our face; it's more a valuable extension of our lungs.

"So, in that sense, we can think of it as being independent of the skull, and more closely tied with non-cranial aspects of anatomy," Holton says.

Note: This story has been adapted from a news release issued by the University of Iowa