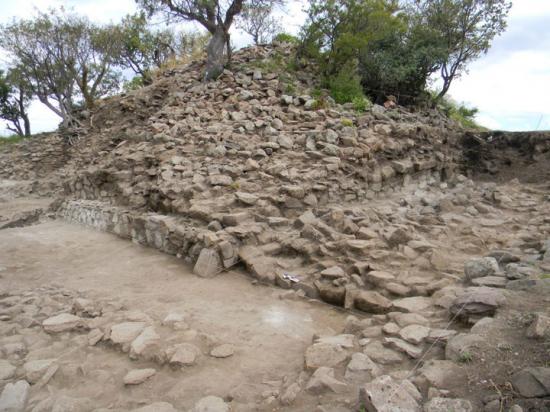 Mexican archaeologists explore ancient ceremonial center in the State of Jalisco At least 23 architectonic structures that were built 1500 years ago, between 450 and 900 AD, are distributed in the 20 acres that make up the highest part of the Teocaltitan hill. Photo: Proyecto Arqueologico Teocaltitán-INAH.

Translated by: Cristina Perez Ayala
Nineteen kilometers from San Juan de los Lagos, where the second most frequented sanctuary in Mexico is located, archaeologists from the National Institute of Anthropology and History (INAH), unravel a piece of pre Hispanic past which is today known as Los Altos de Jalisco, by the excavation of an ancient ceremonial center known as Teocaltitan. At least 23 architectonic structures that were built 1500 years ago, between 450 and 900 AD, are distributed in the 20 acres that make up the highest part of the Teocaltitan hill. To archaeologist Marisol Montejano Esquivias, director of the project, what makes this job in Teocaltitan the most gratifying is that it represents a preserved space in an archaeological context.” “The interesting thing about Teocaltitan, apart from having Teotihuacan influence, is that it has elements that are very characteristic of the region such as the square architecture, sunken gardens in U-shape, pyramids with closed gardens, ball game courts, etc.” 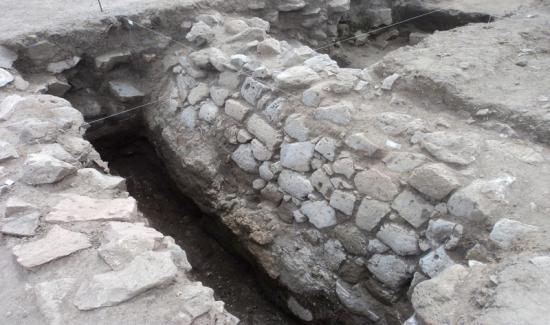 The first drills and excavations that will be made in 2014 in Platform A of Teocaltitan, are focused on proving that these structures were made solely by men, and that underneath this they can find other archaeological substructures. After two seasons there have been interventions on the west and north side of the ball court. It is from this area where most materials recovered from the project were found, such as: figurines, stone and turquoise beads that provided for the rituals that happened in this space. 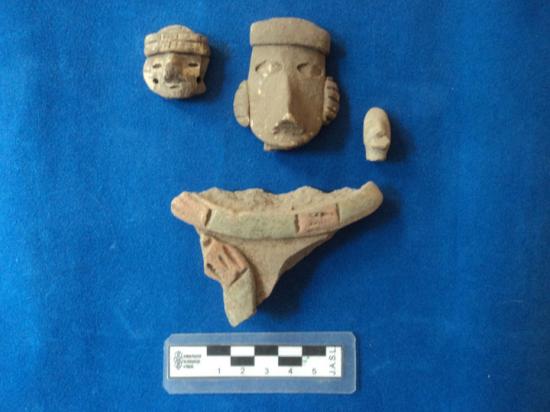 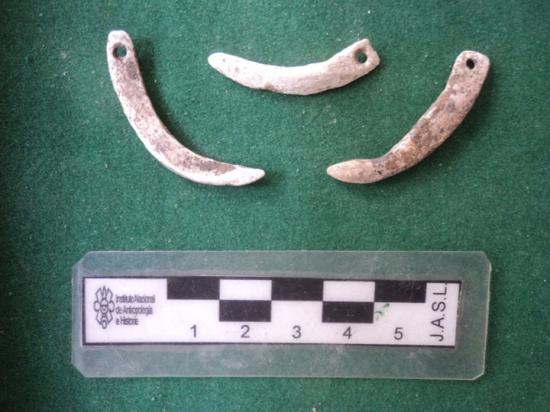 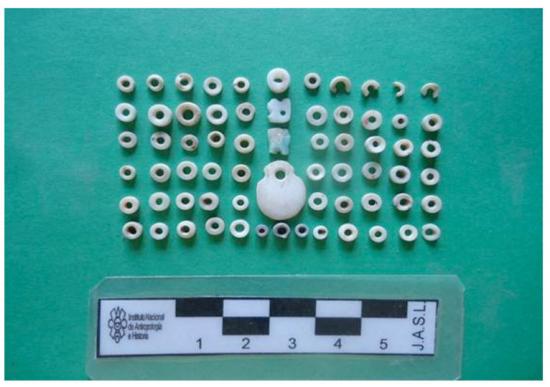 Also, the finding of some copper and shell earrings in the northern part of the ball court indicated that this ceremonial center was used again during the Post Classic period (900 – 1200 AD). The earrings where found in the cranium of a presumably decapitated person. Also, they have intervened in the sunken garden and the central pyramid that closes the site. In 2012, the center of the garden was excavated in an altar where they found secondary burials, bones that are not in an anatomic position meaning they where extracted from their original resting place and re-buried. This context also corresponds to the reoccupation of Teocaltitan in the Post Classic era. With the restoration of the perimeter wall of the sunken garden and the ball court, the following year they will start opening the archaeological zone to the visitors.