The site of Tell Qarqur in northwest Syria was occupied for nearly 10,000 years. The debris that people left behind accumulated into a human-made mound known as a tell. Archaeologists have determined that 4,200 years ago, at a time when cities and civilizations were collapsing in the Middle East , Tell Qarqur actually grew.
CREDIT: Photo courtesy Tell Qarqur Expedition

As ancient civilizations across the Middle East collapsed, possibly in response to a global drought about 4,200 years ago, archaeologists have discovered that one settlement in Syria not only survived, but expanded.

Their next question is — why did Tell Qarqur, a site in northwest Syria, grow at a time when cities across the Middle East were being abandoned?

"There was widespread abandonment of many of the largest archaeological sites and ancient cities in the region and also large numbers of smaller sites," said Jesse Casana, a professor of anthropology at the University of Arkansas. "At Tell Qarqur and probably at other sites also in the Orontes River Valley, where our site is located, [settlement] continues, and in our case, seems to have probably broadened [during that time]." 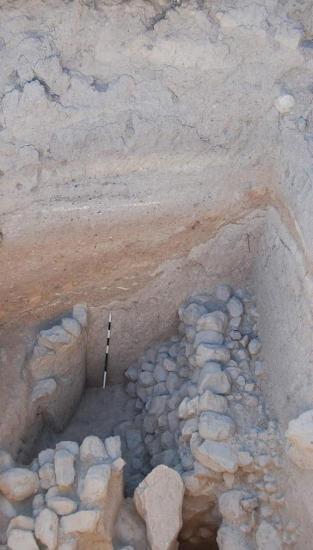 Credit: Photo courtesy Tell Qarqur ExpeditionThe archaeologists discovered part of a fortification or terrace 16 feet (5 meters) below the surface and dating back more than 4,200 years.

"It seems like there is an intensively occupied core and fortified area, and more dispersed settlement surrounding it," said Casana. One of the team members, Amy Karoll, presented the research at the 76th annual meeting of the Society for American Archaeology in April. 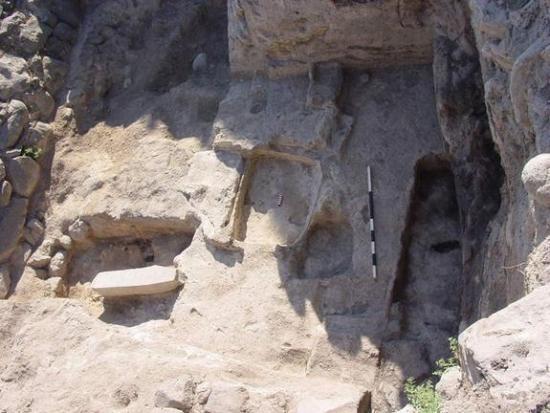 Credit: Photo courtesy Tell Qarqur ExpeditionThe remains of a 4,200-year-old stone temple or shrine at Tell Qarqur. A smooth, carved, toppled down standing stone can be seen on the left. Several plastered basins, which would have been filled with liquid and used for libation rituals, are also visible. 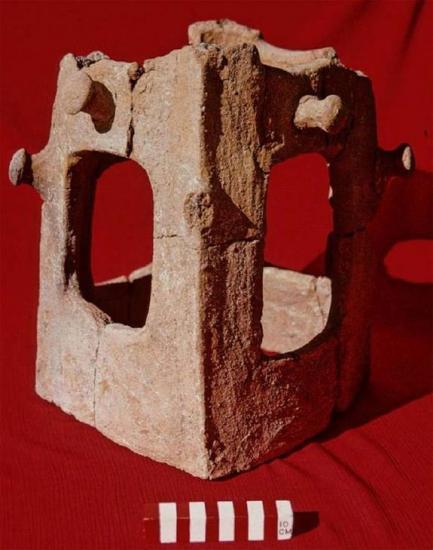 Credit: Photo courtesy Tell Qarqur ExpeditionA cult stand, which may have held incense, was found inside the 4,200-year-old temple.

Tell Qarqur was occupied for about 10,000 years, between 8,500 BC and AD 1350 While excavations have taken place off and on for nearly three decades now, only a small portion of the city has been excavated so far. The long history of the site makes digging down to the 4,200-year-old remains difficult. To compensate, the team has used Ground Penetrating Radar to help map structures beneath the surface.

One of the most interesting excavated finds is a small temple or shrine made out of stone that also dates back 4,200 years. "It's a small stone building with a whole series of plastered basins inside the building that were used probably in some kind of libation ritual," said Casana. 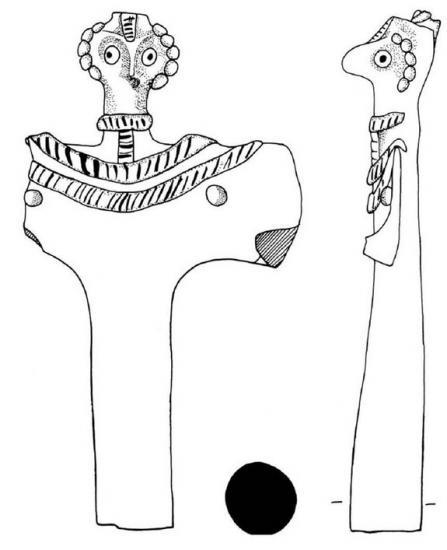 Credit: Photo courtesy Tell Qarqur ExpeditionInside the temple, archaeologists uncovered decorative female figurines, with bird-like features. They are now on display in a museum in Syria, and the team released an illustration of them.

The team also found large standing stones, bones from baby sheep, cult stands used for incense and decorative figurines, some of which are now on display in a local museum. 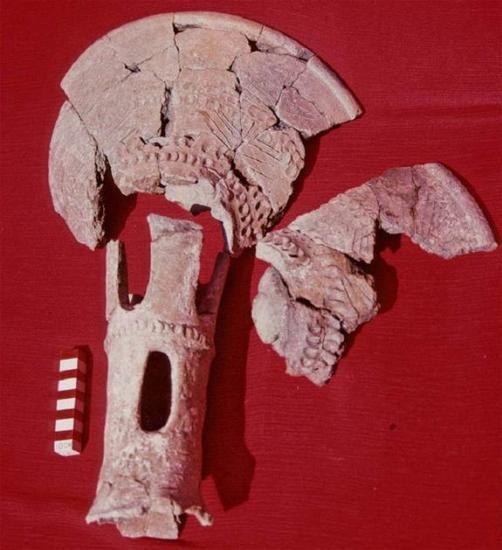