Tell el-Farcha (Egypte): One of the world's oldest breweries 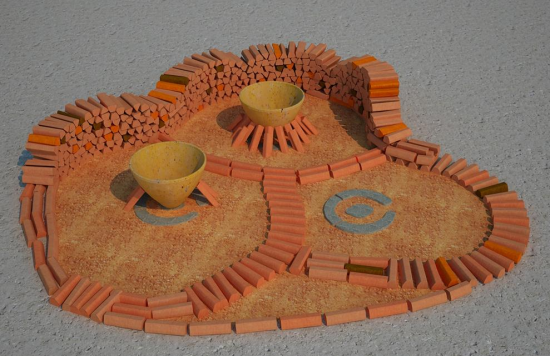 Over 5.5 thousand years old brewing installation discovered by Polish archaeological mission at Tell el-Farcha in Egypt has been reconstructed in 3D by Karolina Rosińska-Balik, PhD student at the Jagiellonian University Institute of Archaeology.

"The presented reconstruction is a hypothetical assumption based on preserved structures of similar analogous buildings at both Tell el-Farcha and other brewing centres in Upper Egypt" - reserved the archaeologist. 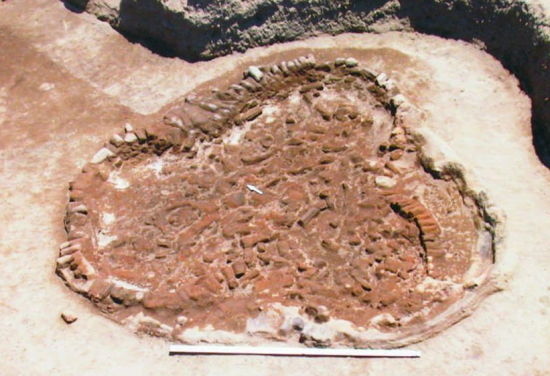 Breweries discovered during the work of Polish archaeologists - the moment of discovery, photo by R. Słaboński

The installation consists of three vat pits and measures about 3.4 by 4 m. The entire structure, with plan reminiscent of a three-leaf clover, was surrounded by a wall with a height of up to 60 cm. Vat pits were also separated from each other with low, narrow walls.

In order to stabilize the vessels used for brewing beer, base was used in the form of a solid clay, which was surrounded by a clay ring with a clear break.

"The purpose of this solution was probably better air circulation, which in turn would allow better control of constant temperature. Such base was usually surrounded with two concentric rows of bricks with D-shaped cross-section, designed to sustain the vessel" - explained Karolina Rosińska-Balik. 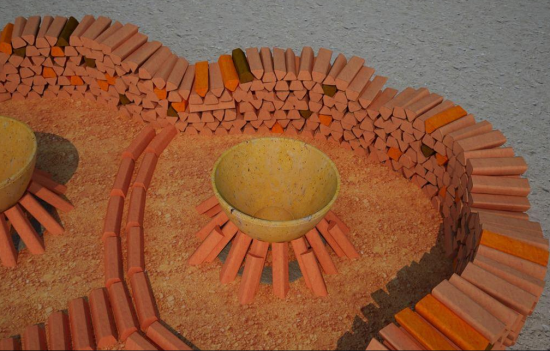 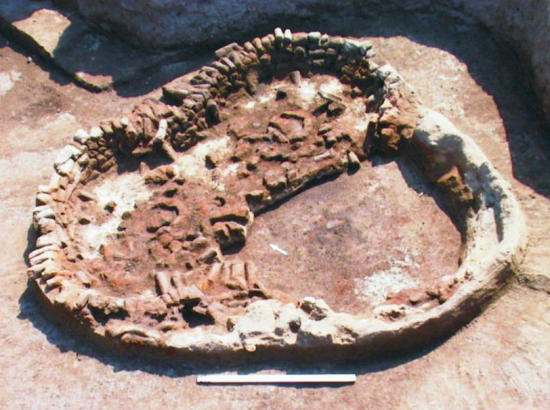 Breweries discovered during the work of Polish archaeologists - the moment of discovery, photo by R. Słaboński

Three-dimensional reconstruction of the brewery was carried out in several stages. The first step was the preparation of linear drawings allowing to capture the actual condition of the structure immediately after the discovery. This phase consisted of the introduction of the original drawing into the computer space. Computer drawing in an appropriate scale was used as a base to create a three-dimensional copy of the brewery. The next step in the virtual reconstruction was to recreate the basic building blocks used to erect the complex. According to the researcher, this material were three types of bricks made of mud mixed with chaff and burned.

"Thus prepared three-dimensional bricks made it possible to start the next stage of reconstruction. The work leading to the creation of the virtual model was a tedious process of laying bricks one by one, almost like at a real construction site. For greater clarity and transparency of the structure, I decided to only partially erect the maximum dimensions of the walls, and only one completely reconstructed vessel" - said the PhD student.

The remaining pits are shown at various stages, allowing to show all the details of their design. In the next phase, the resulting model was combined with specially prepared representations of materials, giving the reconstruction a more realistic feel. The last step to obtain a three-dimensional visualization of the brewery was taking the appropriate shots - from several points of view.

"For centuries, beer was primary and major food product for Egyptians. The oldest record that mentions beer is a list of grave goods found on the stele in the tomb of the third dynasty belonging to Sekherhabau - almost five thousand years old, and thanks to our excavations, we know that the tradition goes back even further into the history of Egypt" - added Rosińska-Balik.

The oldest previously found brewery is also located in Egypt, at the site Hieraconpolis, and it is connected to the Nagada culture. Breweries discovered by Polish archaeologists had been used by the local population, called by archaeologists the Lower Egyptian culture. This is the first brewing structures found to belong to this community.

The site of Tell el-Farcha has been studied for fifteen years by the Polish expedition to the Eastern Nile Delta, led by Prof. Krzysztof Ciałowicz of the Institute of Archaeology of the Jagiellonian University, and Dr. Marek Chłodnicki of the Archaeological Museum in Poznań. The settlement functioned in this place for nearly 1000 years (ca. 3700 - 2700 BC). First it was a strong centre of local Lower Egyptian culture, then an important centre of power during the formation of unified Egyptian state. The most valuable finds of Polish archaeologists include golden statues of a ruler and his son, temple deposit of high quality human figures made of ivory, cylindrical seals, items made of bone, stone, flint, copper and gold.