The Beginning of Metallurgy in the Southern Levant

The beginning of metallurgy in the ancient Near East attracts much attention. The southern Levant, with the rich assemblage of copper artifacts from the Nahal Mishmar cave and the unique gold rings of the Nahal Qanah cave, is regarded as a main center of early metallurgy during the second half of the 5th millennium CalBC. However, a recently discovered copper awl from a Middle Chalcolithic burial at Tel Tsaf, Jordan Valley, Israel, suggests that cast metal technology was introduced to the region as early as the late 6th millennium CalBC. This paper examines the chemical composition of this item and reviews its context. The results indicate that it was exported from a distant source, probably in the Caucasus, and that the location where it was found is indicative of the social status of the buried individual. This rare finding indicates that metallurgy was first defused to the southern Levant through exchange networks and only centuries later involved local production. This copper awl, the earliest metal artifact found in the southern Levant, indicates that the elaborate Late Chalcolithic metallurgy developed from a more ancient tradition. 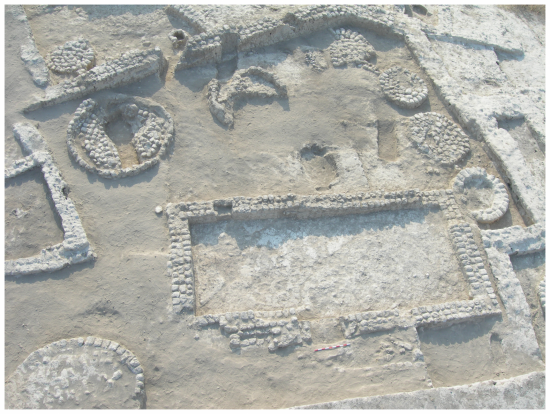 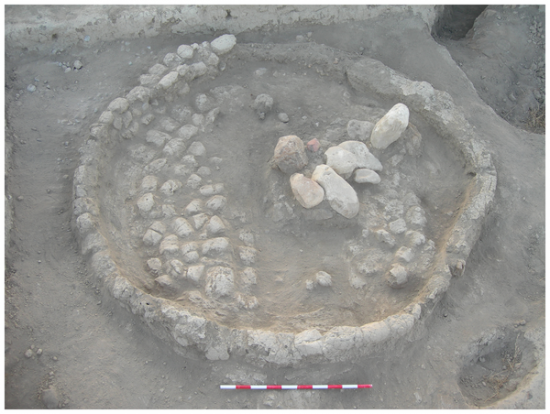 General view of the rounded silo, with large stones at its center. At this stage the burial had not yet been uncovered. doi:10.1371/journal.pone.0092591.g003 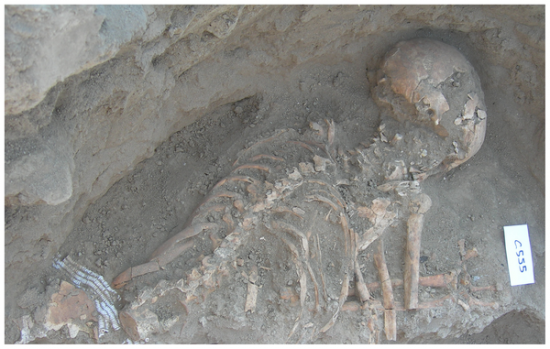 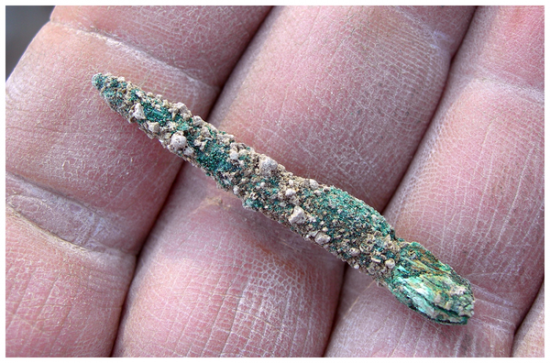