Sights and Insights: Where history becomes a story

Tel Maresha and Beit Guvrin offer a wonderful peek at life as it really was, says Dr. Wayne Stiles. 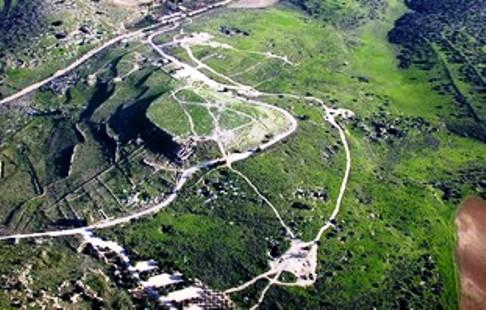 With picks in hand, my wife and I entered an Idumean cave near Tel Maresha. The archaeological dig had only recently begun, so our group was one of the first to volunteer.

The low ceiling of the cave forced us to squat while digging, and I could see the original tool markings still scratched on the walls of the cave. Everybody was thrilled when my wife unearthed a fully-intact jar handle. I dug up some pottery shards, and upon a close examination, I saw fingerprints on them. I held my own fingertips next to the shards and compared my prints to those on the pottery. Whoever the potter was two thousand years ago seemed more real to me as I felt the roughness of their fingerprints. Somehow it bridged an emotional gap between the second-century potter and me. 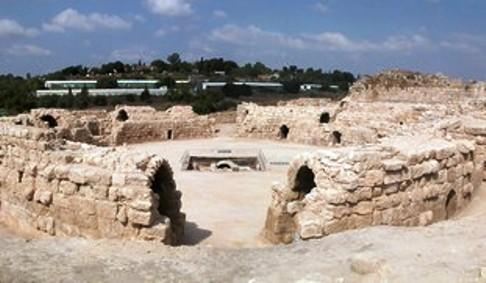 Many of us appreciate how the discipline of archaeology often increases our understanding of Bible lands and its history. But I also love how archaeology gives immense insight into the way people lived. It provides an everyday look—even an emotional connection—between then and now. It connects us to the real people of history.

Maresha, in the Guvrin Valley, belonged to the tribe of Judah (Joshua 15:44). The valley is one of five that cuts east-west through the Shephelah, the foothills between the coastal plain and the Judean Hill Country. To defend his kingdom, Rehoboam fortified Maresha (2 Chronicles 11:8), and later King Asa won a great victory there against Zerah the Cushite (2 Chronicles 14:9-12). When the Assyrian Sennacherib plowed through Israel in 701 BC, Maresha fell along with most of Judah’s major cities.

While Judah was in exile in Babylon, the Edomites settled in the area, making Maresha the capital of their kingdom of “Idumea.” John Hyrcanus conquered Maresha in 112 BC and forced the Idumeans to convert to Judaism or to leave.

After the Parthians destroyed Maresha in 40 BC, the populace moved north to nearby Beit Guvrin. The area remained under Jewish control until the Bar Kochba revolt (AD 132-135). During this time the rebels dug tunnels and caves in which they hid and over which they often built their homes. The potter’s fingerprints I saw likely were those from this era.

The region is honeycombed with hundreds of caves and serves as one of the biggest tourist draws of the area. Many of these caves were ancient mines that date from the 4th through the 9th centuries. Below the hard, limestone nari crust of the Shephelah lies a soft chalky layer mined for the lime used in making mortar. A small opening at the surface allowed miners to dig an ever-widening space below, shaped like a bell for support. Today’s visitors can also explore a large columbarium that served as a dovecote in antiquity. A beautifully adorned Sidonian tomb is also open for viewing. All underground testimonies to the ease of cave digging. 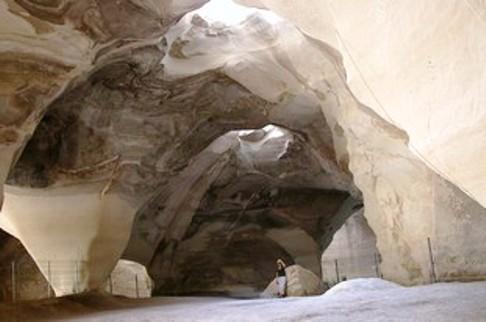 Around the year 200, Beit Guvrin was renamed Eleutheropolis (meaning “City of the Free”) and became an important administrative center for Rome. A Roman amphitheater, unearthed in 1980, allows modern visitors to see where gladiators competed before five thousand spectators.

There’s much to see in the area of Tel Maresha and Beit Guvrin. Remnants of pottery, war, industry, entertainment, and tombs—all gifts of archaeology.

The area offers a wonderful peek at life as it really was. History becomes a story.