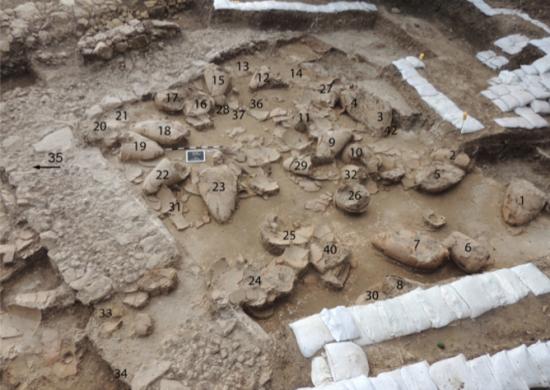 A Bronze Age palace excavation reveals an ancient wine cellar, according to a study published August 27, 2014 in the open-access journal PLOS ONE by Andrew Koh from Brandeis University and colleagues. 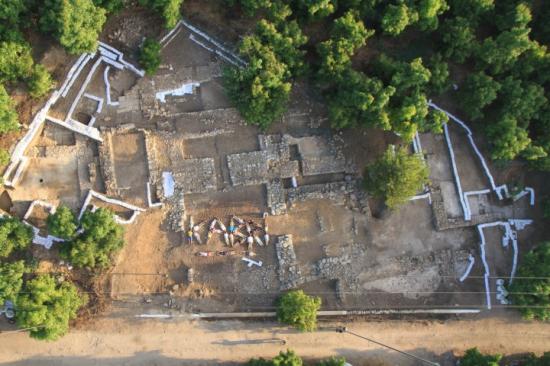 Wine production, distribution, and consumption are thought to have played a role in the lives of those living in the Mediterranean and Near East during the Middle Bronze Age (1900-1600 BC), but little archaeological evidence about Bronze Age wine is available to support art and documentation about the role wine played during this period. During a 2013 excavation of the Middle Bronze Age Canaanite palace in modern-day Israel, the researchers in this study found 40 large storage vessels in an enclosed room located to the west of the central courtyard.

An organic residue analysis using mass spectrometry revealed that all of the relatively uniform jars contained chemical compounds indicative of wine. The authors also detected subtle differences in the ingredients or additives within similarly shaped wine jars, including honey, storax resin, terebinth resin, cedar oil, cyperus, juniper, and possibly mint, myrtle, and cinnamon. The researchers suggest the detection of these additives indicates that humans at the time had a sophisticated understanding of plants and skills necessary to produce a complex beverage that balanced preservation, palatability, and psychoactivity. According to the authors, these results may contribute to a greater understanding of ancient viticulture and the Canaanite palatial economy. 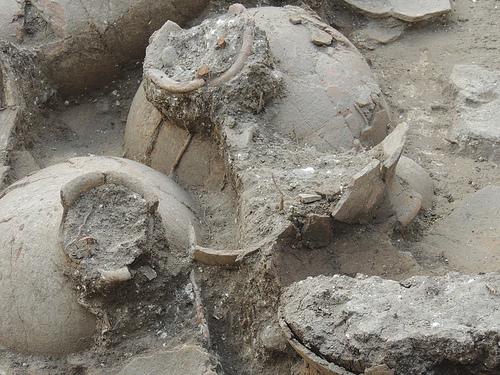 Detail view of some of the ancient wine jars unearthed at Tel Kabri. Courtesy Eric Cline.

Andrew Koh added, "Based on the nature of the room, it was anticipated from the beginning that residue samples extracted and studied under virtually identical circumstances with minimal variability would have the potential to reveal new and significant insights from both a scientific and archaeological perspective. We believe this study will not only change our understanding of ancient viticulture and palatial social practices, but also the manner in which we approach organic residue analysis (ORA) as an integrated, qualitative, and interdisciplinary exercise that is as field dependent as it is laboratory intensive."