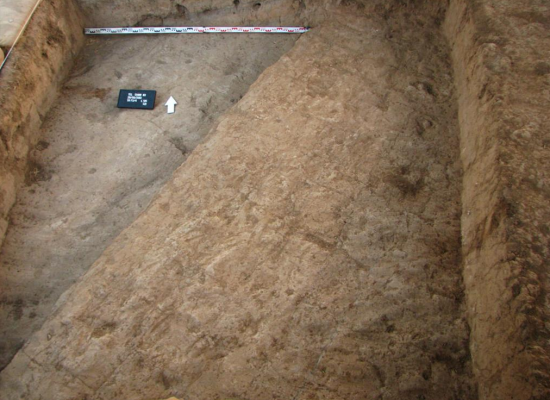 Fragment of the town wall. Photo by Karolina Rosińska-Balik

Archaeological research on site in Tel Erani in Israel is a key venture in the project Trade Routes of the Near East (TRoNE), conducted by the staff of the Institute of Archaeology of the Jagiellonian University in Kraków.

The researchers concluded first season of work, which took place in August 2013. This is the only excavation project currently carried out by Polish archaeologists in Israel.

"Our goal is to determine the course of trade routes connecting Egypt to the Middle East during the Early Bronze I, i.e., in the fourth millennium BC" - explained Dr. Joanna Dębowska-Ludwin, coordinator of the project.

One of the main parts of the project are the excavations at Tel Erani site near Ashkelon in Israel. it is one of the most important prehistoric sites in this country. The site is considered by experts to be the key to the so-called early colonization of Egypt in the area of the Levant. So far, it has not been a subject of comprehensive research. Archaeologists explained that the phenomenon of "early colonization" involved expanding trading networks by the Egyptians in the area of today's southern Israel and the Gaza Strip. From these outposts, raw materials and exotic products were imported to the Nile during the formation of the Egyptian state, more than 5 thousand years ago. These goods included copper, but also wine which was considered a luxury product.

"We do not know if these were inhabited Egyptian settlements, which would confirm the theory of partial colonization of the region by the Egyptians, or sales representatives from time to time visited by caravans travelling the coastal route through the Sinai from Egypt. So far, evidence of such activity has been observed on the other side of the route, while conducting research at Tell el- Farcha in the Nile Delta, where we discovered a number of imports from Palestine. Now, as the only mission in the world, we have an opportunity to confront our knowledge of Egypt with new data we obtain in Israel" - added Marcin Czarnowicz, one of the archaeologists involved in the project.

This is not the first study in Tel Erani, but the site has not been fully explored, and scientists do not have all the answers yet. 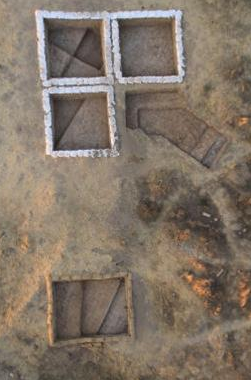 "One of the successes of this season is confirming the presence of the city wall, built of mud brick, and determining its thickness at nearly 8 m. We are waiting for the precise dating. There are, however, clearly visible similarities in the structure of the wall to the brick architecture of Egypt in the comparable period" - said Dr. Dębowska-Ludwin.

In the second study area, Polish archaeologists have discovered traces of Egyptian presence in the late fourth millennium BC, also confirmed by earlier finds of original pottery of the Nile in this site.

" We found ovens of typical Egyptian design and large amounts of pieces of moulds for baking Egyptian bread. This means that, at least temporarily, the studied settlement was inhabited by Egyptians. Until now, this issue was under debate" - added archaeologist .

According to scientists, the first season of work has already negated the popular notion that 5000 years ago Erani was captured by the Egyptian army of King Narmer.

"This was the conclusion of Israeli researchers conducting work in this area in the 1950s. However, during our study we have not detected any signs of damage that would certainly be caused by such invasion" - argue Kraków researchers.