Gold, jewelry and Aegean imports found in Tel el-Ajjul, the town that may have sheltered the Hyksos fleeing Egypt, show the inhabitants were wealthy.

Excavating at Tel el-Ajjul, Gaza - Peter M. Fischer
The remains of a vast Bronze Age town dating to 3600 years ago has been discovered in Gaza, and has now been shown to be a rich trading hub. The prosperity of its Canaanite inhabitants is evident in discoveries of elaborate gold jewelry, vast amounts of imported pottery and an unprecedented number of scarabs.
Taken together, the findings indicate more 500 years of undisrupted trade between the seaside Canaanite town and other Mediterranean peoples, notably the ancient Cypriots. Among the clay sherds discovered were over 200 of white slip I type of pottery, a type of ware rarely found outside of Cyprus.
Tell el-Ajjul, which lies right on the Gazan coast, was first explored by Sir William M. Flanders Petrie from 1930-1934, who mistakenly thought it to be ancient Gaza. His excavations yielded vast amount of imported pottery, jewelry and gold objects, some of which are displayed at British Museum.

“I was aware of the Cypriot imports from Petrie’s excavations, but when I realised the actual amount of Cypriot imports, I came to the conclusion that Tell el-Ajjul was a trading centre with tight connections to Cyprus, sanctioned by the Egyptian overlord,” Prof. Peter Fischer of Gothenburg University and head of the excavation told Haaretz.
From Tell el-Ajjul, Cypriot products, especially pottery, copper and bronze, were distributed throughout the southern Levant, including Transjordan.
Fischer believes that the large amount of luxury items is the consequence of surplus from trade, especially considering that there are no other natural sources which would explain the wealth of Tell el-Ajjul, except for possibly selling products from farming, such as wine and olive oil. 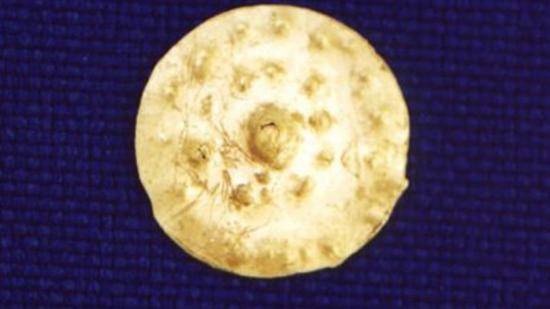