Israel is known to have been on the route of ancient spice trade, but archaeologists now think that at least one of the spices – cinnamon – was made in Israel at the time. 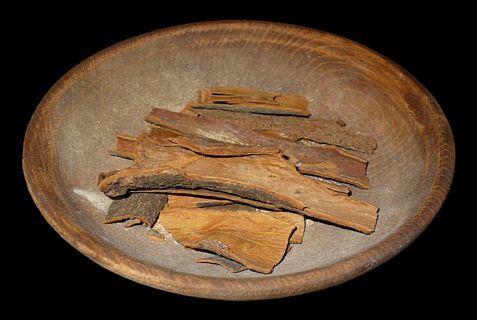 Cinnamon, once thought to have been carried on trade routes in ancient Israel, may have been made along the northern Israeli coast and not just in Africa and India, as previously thought, Israeli researchers told LiveScience. They analyzed 27 flasks from archaeological sites in Israel dating back 3,000 years and found that the compound that gives cinnamon its flavor was in 10 of the containers. Cinnamon bark is found in southern India, and another form of the spice is found in China and southeast Asia. It is now yet known the source of the cinnamon in the flasks found in Israel, but the discovery that it probably was made in Israel “raises the intriguing possibility that long-range spice trade from the Far East westward may have taken place some 3,000 years ago,” the Tel Aviv University and Weizmann Institute researchers wrote in a paper to be published in the journal Mediterranean Archaeology and Archaeometry. “We don’t think they sailed directly [to the Far East]; it was a very hard task even in the 16th century A.D.” Dvory Namdar, a researcher with the Weizmann Institute of Science and Tel Aviv University, told LiveScience in an interview. Namdar and research colleague Ayelet Gilboa of the University of Haifa said the flasks, which at that time were in area that was part of ancient Phoenicia, feature a narrow opening with thick walls, indicating their contents were highly prized. Flasks with similar shapes previously have been found in temple storerooms and treasuries of ancient kingdoms, the researches added. They think that the cinnamon bark was brought from the Far East to ancient Israel and mixed with liquids before it was placed in the flasks prior to shipping the spice elsewhere. Namdar and Gilboa speculate that people of the time mixed the cinnamon in with wine. “If you mix it with a bigger [container of wine], then you get flavored wine,” they said.

Ruins on the surface of Tel Dor, located about 19 miles (30 kilometers) to the south of Haifa, in Israel. Phoenician flasks from this site, dating back around 3,000 years, were among those that contained cinnamaldehyde, the compound that gives cinnamon its flavor. These finds indicate the existence of trade that brought cinnamon from the Far East to the area of modern-day Israel. Credit: Photo by Lang Gito, CC Attribution 2.0 Generic