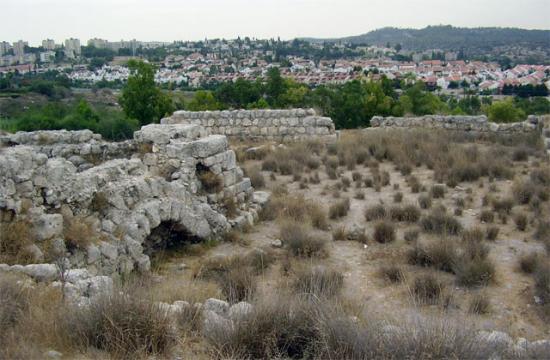 Tel Aviv University researchers have uncovered a unique 11th-century BCE sacred compound at the site of Tel Beth-Shemesh, an ancient village that resisted the aggressive expansion of neighboring Philistines. The newly discovered sacred complex is comprised of an elevated, massive circular stone structure and an intricately constructed building characterized by a row of three flat, large round stones. Co-directors of the digProf. Shlomo Bunimovitz and Dr. Zvi Lederman of TAU's Sonia and Marco Nadler Institute of Archaeology say that this temple complex is unparalleled, possibly connected to an early Israelite cult — and provides remarkable new evidence of the deliberate desecration of a sacred site.

The village of Beth-Shemesh frequently changed hands between the ambitious Philistines and the Canaanite and Israelite populations that resisted them. The temple and its history reflect the power struggles that defined the region in the 12th-11th century BCE, say Prof. Bunimovitz and Dr. Lederman. Their findings will be presented this month at the annual meeting of the American Schools of Oriental Research in Chicago. 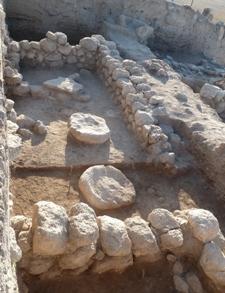 In the archaeological record, there are no parallels to this Canaanite or Israelite sacred compound of the period, note the researchers. Research has revealed that the temple has a rich history steeped in conflict. Excavators determined that the temple was not only destroyed, but also desecrated. More intensive scientific analysis of the site, conducted by geoarchaeolgist Dr. Shawn Bubel of the University of Lethbridge in Alberta, Canada, has shown that the temple ruins were used as animal pens, maybe by the invading Philistines. 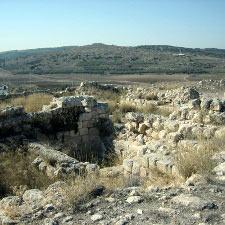 After ruling out the use of the site as a domestic structure, the researchers knew that they had found something unique. Excavations revealed almost only shards of painted chalices and goblets found spread on the floor but no traces of domestic use. One of the three flat stones was surrounded by animal bone remnants, and the two other stones were seemingly designed to direct liquids. These clues convinced Prof. Bunimovitz and Dr. Lederman that they had uncovered a likely place of sacred worship.

But the temple didn't remain sacred. Samples of earth taken from layers above the destroyed temple and analyzed at the Weizmann Institute of Science revealed astonishing results. Directly above the temple was a packed-in layer containing phytoliths (remains of weeds that are commonly eaten by livestock) and spherulites (microscopic remnants of manure produced by grass-eating animals), indicating the presence of animal pens directly on top of the sacred site, explains Prof. Bunimovitz. Intermittent burning in order to clean the pens likely resulted in the concentrated state of the layer.

This desecration was no accident or coincidence, the researchers believe. Instead, it represents the see-saw of political might between the Philistines and the local population. Presumably the Philistines gained temporary control of Beth-Shemesh, and brought in livestock to live on what they knew had been a sacred site to their enemies.

According to Prof. Bunimovitz and Dr. Lederman, this discovery also serves to illuminate the recent discovery of a number of round clay ovens, called "tabuns," in the layer excavated above the temple. Typically, such ovens were located in a domestic building for food preparation, explains Prof. Bunimovitz. But these particular ovens were not part of a neighborhood or living quarter.

When the temple was discovered directly underneath, a plausible explanation for the mysterious ovens emerged. "We believe that ancestors of those who had built the original complex came back to rebuild the site," says Dr. Lederman, who suspects that the ovens were used to cook celebration feasts held in veneration of the old temple. Thus, despite the desecration of the temple by the Philistines, the memory of the sacred site survived. Once the Philistines withdrew from the area, the descendents of the original worshippers returned to commemorate this sacred place.

The researchers are now looking for additional funding to help further the excavation and analysis of this unique and surprising sacred site, which has only been partially unearthed.