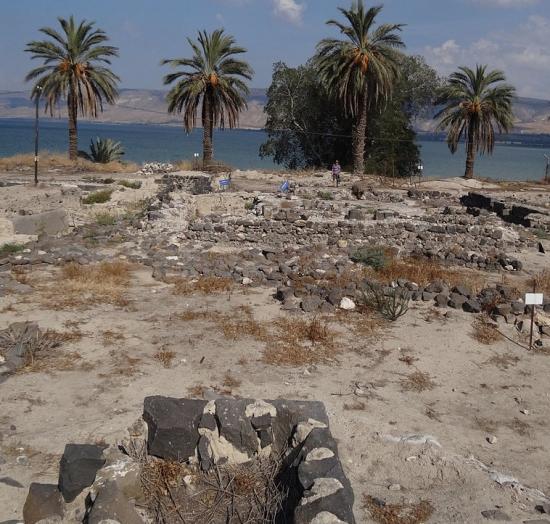 Situated near the southern coast of the Sea of Galilee in the present-day State of Israel, the ancient remains of one of the earliest urban centers of the Levant has been explored off-and-on by teams of archaeologists for more than 70 years. Known as Tel bet Yerah, or Khirbet Kerak, it was built around 3,000 BCE as a fortified city, and archaeologists have discovered evidence indicating the center had significant political and commercial importance to the First Dynasty kings of ancient Egypt. In 2009, a team of archaeologists under the direction of Dr. Raphael Greenberg of Tel Aviv University, Dr. Sarit Paz of the Hebrew University of Jerusalem, and Prof. David Wengrow of the University College London, uncovered an Egyptian relief-carved stone fragment illustrating a hand grasping a scepter and the ‘ankh’ (eternal life) symbol, which they dated to about 3000 BCE. It was one clear sign, among other finds, that testified of a trade and political relationship between the city and First Dynasty Egypt.

Greenberg and colleagues have been excavating at the site to address unanswered questions about the history and culture of the site, the location of an ancient city that is shedding additional light on the development of urbanization in this part of the Levant, an area that has functioned historically as a crossroads between the great urban centers of Mesopotamia and Egypt to the south.

But unlike many other similar sites in the region, Tel bet Yerah features finds that also tell of the distinctive presence of a migrant group from an area far to its north.

“Occupied throughout the Early Bronze Age (3,500 – 2,300 BCE) and sporadically in later times, Bet Yerah was a large, fortified city – one of the first in its region – at about 3,000 BCE, with evidence for diplomatic contacts with the First Dynasty of Egypt," write Greenberg and colleagues in their summary of the site. But “about two centuries later, it was home to mobile migrant communities who arrived at the site from the distant north.”*

Who were these migrants? Greenberg and colleagues hope to find more answers.

But evidence from past excavation has already provided some clues.  “These were the creators of ‘Khirbet Kerak Ware',” continue Greenberg, et al., “ a unique ceramic product first discovered at Bet Yerah that forms part of a culture whose roots lie in the South Caucasus,” based on similar archaeological finds in Eastern Anatolia and the southern Caucasus. “It has no political or cultural core,” write Greenberg, et al. of the culture in a 2012 report . “It seems to have reproduced itself by way of the migration of small groups of people through varied landscapes. In each region they adapted themselves to local conditions, yet continued to maintain a distinct communal identity expressed in their ceramics and, often, in their way of using domestic space.”**

The archaeological team will be returning to the site in 2015 to continue their excavations. “In 2015 we will delve down into the deepest levels of the mound, in order to gain a better understanding of the creation of local cultural traditions at the beginning of the Early Bronze Age (3500 – 3100 BCE).”* The team also hopes to further excavate an area that contains remains of the migrant community (the ‘Khirbet Kerak people’), with the goal of understanding how they maintained their separate identity at this location and uncovering more evidence that “will point to their precise place of origin.”*

Arrangements for the excavations in 2015 are currently coordinated by the Institute for Field Research and individuals who are interested in finding out more about Tel bet Yerah and how to participate can obtain detailed information at the IFR website for the project.