Archeologists unearth findings at biblical site dating back to Joshua and the Judges. 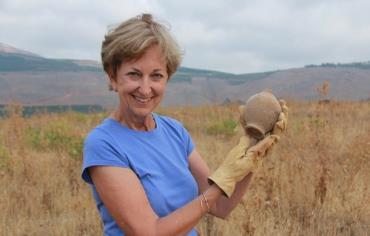 Tucked away at the northernmost end of the country lies one of Israel's largest and most prominent archaeological sites: a large tel (the elevated area created when generations repeatedly live and rebuild on the same spot) south of the Tanur Waterfall and the lovely border town, Metulla.

This mound, Tell Abil al-Qamh, has been identified with the town of Abel Beth-Maacah, which appears in several biblical narratives. In one of these dramatic tales, a local Wise Woman (an oracle of sorts) had Sheba Ben Bichri beheaded, as he took refuge in the town after fleeing from Jerusalem in the wake of a rebellion he initiated against an infuriated and vengeful King David. The town was saved by her actions, only to be destroyed twice more – once by the Arameans in the 9th century BCE, and then again by the Neo-Assyrians in the 8th century BCE. The site commands the narrow passageway from the Lebanese Beq’a to the north towards the Huleh Valley to the south, as well as the road to the east towards Damascus – via nearby Tel Dan – and Mesopotamia. This strategic border location has determined much of its occupation history until modern times.

Curiously, despite its biblical and topographic prominence, the site has never been excavated before. Perhaps this is because of its border location, where Lebanese farmers, UN personnel and local kibbutzniks are all in pretty close eye contact. Short surveys were conducted and plans were made; Yigael Yadin was going to dig there, but turned his sights to nearby Hazor; but excavations never materialized.

In 2012, a team from the Hebrew University of Jerusalem – in partnership with Azusa Pacific University in Los Angeles (who provided the critical funding and support for the project) and Cornell University in Ithaca, New York – took up the initiative. A preliminary survey took place in 2012, and a full-blown month-long season was conducted in 2013. The second season is set to begin in July and will also last a month.

Four weeks of digging with a team of volunteers, mostly from America and Canada, have already yielded exciting and promising results. Two excavation areas were opened, revealing well-built structures dating mostly to the Iron Age I, the 12th and 11th centuries BCE, the time of Joshua and the Judges.

In one area, a rather uncommon ring flask was found, indicating possible commercial connections with the Phoenician (modern Lebanon) coast. The area on the southern end of the mound, dramatically overlooking the expanse of the Huleh Valley, has an imposing structure that might have been a tower. A special find in that area was a small jug that contained a silver hoard, possibly stashed away by a woman or family who viewed it as a “nest egg” for a rainy day. This is one of the earliest Iron Age hoards found in the entire country and indicates that hacksilver, which was used for exchange in pre-coinage days, existed at that time and in that region, which has been traditionally understood as one of the centers of the settlement of the Israelite tribes. 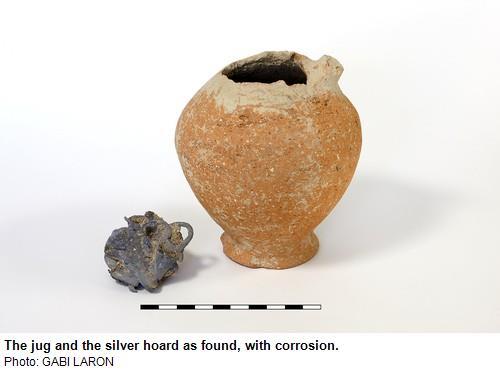 The potential of this border site to shed light on relations between Israelites, Canaanites, Arameans and Phoenicians during the second and first millennia BCE is great, and the Institute of Archaeology at the Hebrew University of Jerusalem is committed to continue uncovering the long-awaited secrets of this important tell, the last remaining major biblical tell in the country that has yet to be excavated. 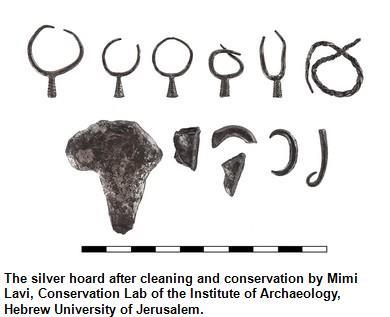