Hundreds of ancient artefacts have been unearthed at a quarry.

Fragments of Neolithic pottery and a rare ancient arrowhead have been discovered in one of the most fruitful archaeological digs yet at Tarmac’s Borras Quarry, near Wrexham.

Archaeologists from the Clwyd-Powys Archaeological Trust (CPAT) said the quarry was slowly giving up its ancient secrets.

In the latest raft of finds peeling back the regions’s distant history, about 500 pieces of pottery and flint artefacts dating back to the Neolithic period, around 3,500BC, have been discovered as well as evidence of probable Iron Age metal working. 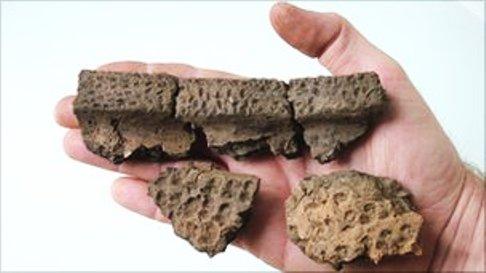 Ian Grant, site director for CPAT, who has excavated the site since 2008, said this summer’s dig was “the best season we have had”.

“We have found not one but four sites across the Holt Estate,” he says, “and we have found far more pottery fragments than before.”

Mr Grant initially spent eight weeks on the site as part of the archaeological monitoring it carries out when Tarmac removes top soil as part of its gravel extraction work.

Discoveries led to a short excavation over a period of three weeks during which the team found mounting evidence the site could be one of the biggest and most important Neolithic and Bronze Age settlements in Wales.

“These are definitely exciting finds for us,” said Mr Grant. “It seems there was a Neolithic community across the landscape, not just in one specific area.”

Richard Hulse, estates manager within the Tarmac Central region, said the company funds the archaeologists each year to pay for the complete ongoing archaeological exploration at the site. The company also pays for all post excavation work.

“Whenever we strip the top soil, we bring in archaeologists to examine the site to see what is of interest there, if we weren’t quarrying here these artefacts would never have been found,” Mr Hulse said

“It has been fascinating to see how the story of this ancient site has unfolded as each excavation has taken place.”

Research carried out by Durham University has shown the landscape at Borras 5,000 years ago was open grassland, suggesting that the natural, dense woodland had already been cleared by humans. CPAT has found over 40 cooking pits and hearths across the site.

“The Neolithic is an incredibly important period in our history as it is the time when people stop being hunter gatherers and become farmers,” adds Ian.