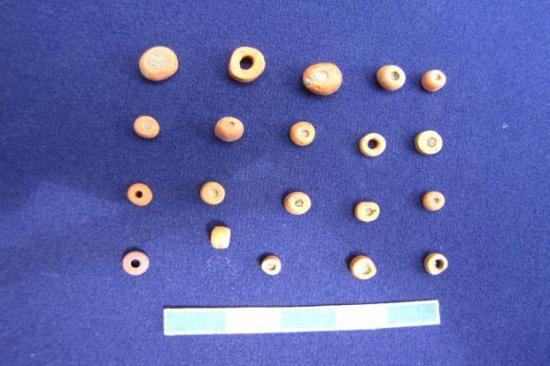 Artifacts found at the site in Tarighat in Durg district. Photo: Chhattisgarh ministry of culture and archaeology

Explorers claim they have evidence of a 2,500-year-old planned city—complete with water reservoirs, roads, seals and coins—buried in Chhattisgarh, a discovery that is being billed as the nation’s biggest archaeological find in at least half a century.

The discoveries were made from Tarighat in Durg district and spanned five acres of a sparsely inhabited region beside a river, according to archaeologists from the state’s department of culture and archaeology.

“As of now, we have four 15ft high mounds around which we have evidence of pottery, coins and some terracotta figures,” said J.R. Bhagat, deputy director in the department. “Once we begin, the entire digging could take at least 5-10 years.”

The 5th and 3rd century BC—to which the Tarighat finds date—points to a period when the region was ruled by the Kushan and Satavahana dynasties in central India. While there have been extensive, previous evidence of urban growth after the first century, such finds are extremely rare for preceding periods.

“These were among the most interesting times in early India,” said Abhijit Dandekar, an archaeologist at the Deccan College, Pune. “It was the end of the period of the 16 mahajanapadas (loosely translated to great kingdoms) when the Mahabharata was supposedly set, and the beginning of the Maurya empire. There’s very little known about urban structures in this period, in regions spanning modern-day Madhya Pradesh and Chhattisgarh.”

Dandekar, who is not involved in these finds, added that evidence of towns and urbanization spanning five acres was quite significant in an Indian context, though only excavations and peer review would throw true light on the import of these findings.

He added that the excavations at Ahichhatra, near Bareilly in Uttar Pradesh, that began in 1960s were the most recent evidence of large-scale town planning in India for a comparable period and, if the Chattisgarh findings were as extensive, then it would be a significant find.

“In an Indian context, an excavation has rarely been disappointing,” said Dandekar. “If you believed there’s a city, it usually turns out to be one and bigger than what you first expected.”

To be sure, Bhagat clarified that the finds still haven’t been dated using methods such as radiocarbon or thermoluminescence dating—modern, established techniques that measure the amount of carbon or the relative proportions of other elements from which exact ages of materials are deduced—but he added that the texture of the pots, the typical pattern of raised mounds etc all pointed to evidence of an urban agglomeration.

“The kind of pottery called the Red and Black Northern Pottery, the coins, etc., at the surface of the site itself show very visible signs of complex urbanization.”

Arun Raj, a Chhattisgarh-based archaeologist with the Archaeological Survey of India, characterized Chhattisgarh as being an untapped “gold mine” for archaeology.

“We’ve just given them permission for this dig, and I think it will be some time before we understand how important this is,” Raj said. “But this region, which has been relatively unexplored due to Naxalite conflict, could throw up several such finds.”

He added that one strand of Indian archaeological research sought to find common threads urban lifestyle patterns of the Indus Valley civilization that declined around 1300 BC, to urban formations in central India. “This may possibly falsify or add more credibility to such theories,” he said. 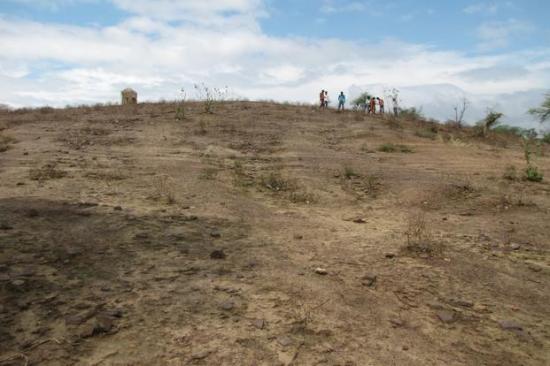 The discovery was made at Tarighat in Durg district and spans five acres of a sparsely inhabited region beside a river. Photo: Chhattisgarh ministry of culture and archaeology

Archaeologists from Chhattisgarh claim to have unearthed evidence of a 2,500-year-old planned city—complete with water reservoirs, roads, seals and coins—buried 20ft below the ground. This is a discovery that is being billed as India’s biggest archaeological find in recent memory. The discovery was made at Tarighat in Durg district and spans five acres of a sparsely inhabited region beside a river.

In itself, being able to peek back two millennia into India’s history does not appear to be terribly exciting. This period, after all, marked the beginning of the Mauryan dynasty, one of the largest empires that sprawled from modern Afghanistan to most of Karnataka and Tamil Nadu. However, it is the tantalizing possibility of being able to unearth evidence of early patterns of urbanization—especially in modern-day Chhattisgarh—that makes this discovery interesting.

Today, this state, in spite of being blessed with bountiful natural resources, stands out for its appalling poverty and Maoist insurgency and not past urban achievements. Over the years, however, there’s been a steady stream of evidence that Chhattisgarh may be an archaeological gold mine and may potentially be among the few places in the world that may offer continuous evidence of pre-human and human habitation.

Were a region such as this to attract sufficient attention, it could offer immense economic opportunities for tourism as well as a parallel destination for research such as the Great Rift Valley in Ethiopia. That might help somewhat in the general economic improvement of the region as well as a greater incentive for the government, if it needed anything more, to improve the security situation in the state.

These finds should also be incentive for India to dramatically boost the science of archaeology and paleo-anthropology in the country. There are only a smattering of colleges and students who are being trained in the discipline, mostly because there as so few opportunities for independent or university research aside from being part of the Archaeological Survey of India.

Studying our past and the way India’s civilizations have often waxed and waned from tribal communities to mega-urban agglomeration will always remain vital for us to make sense of our present and brace ourselves for the future.